Blind items in newspapers and gossip websites are a secret vice of celebrity news enthusiasts the world over.

While some are so vague that you understand neither head nor tail of it, others are explicit enough for anyone to figure out the celebs being talked about. But this darling piece of sensational tabloid journalism can ruffle a lot of feathers and rub celebrities the wrong way.

And woe betide the newsmongers once that happens!

The actress recently wrapped up a schedule for Veere Di Wedding with a fabulous gang of co-stars, including Kareena Kapoor Khan, Swara Bhaskar and Shikha Talsania. Not to mention sister Rhea Kapoor, who is at the helm of all things in her capacity as producer.

Sonam called this practice of blind items about actresses and catfights a ‘tired patriarchal concept’ that is ‘outdated,’ ‘harmful,’ and ‘irresponsible’.

But the final kick in the nuts was how she ended her rant, which was not just her own but on behalf of the entire cast and crew of the movie.

“There is no place for it anymore.
Sincerely,
The Cast and Crew of Veere Di Wedding
(Our items aren’t blind.)”

Now, we believe your curiosity is peaked as to what is this blind item that has got the fiery Sonam so riled up. Well, here it is.

This blind item that Sonam’s referring to talks about a ‘noisy catfight’ that happened between two top actresses because of creative differences on the sets of a recently launched film. 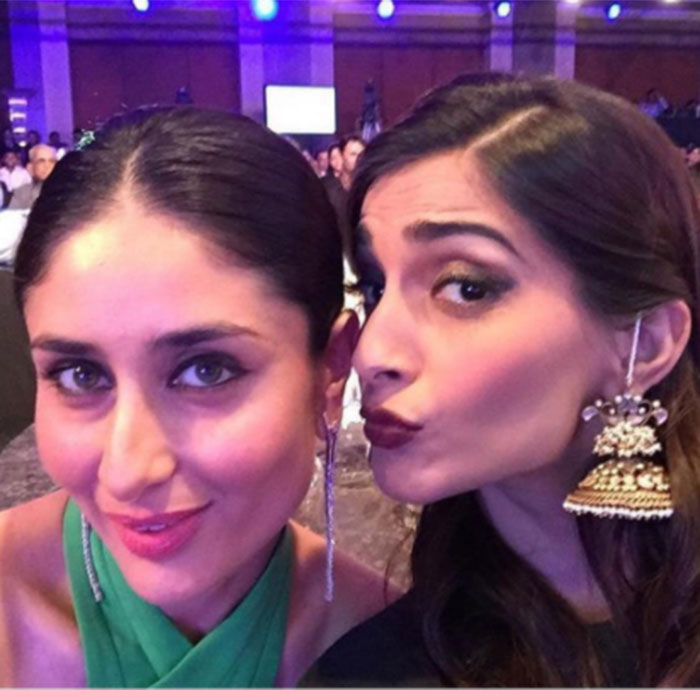 If you’re wondering how she was so sure that it was her and her film that was being talked about, there were some major pointers.

The final detail that pretty much seals the deal is about how these actresses have been strutting their friendship all over social media, but once the camera’s off, they go back to their ‘catfights’.

But looks like the actresses have had enough of these ridiculous rumours that show them in an unflattering light.

She drew support from family, friends and fans alike.

1. Another reason for Papa Kapoor to be proud!

3. And that’s what friends do!

4. Wouldn’t you rather believe in magic than stupid blind items?

In an ultimate snub, Sonam shared an adorable picture of the gang of girls having a blast together!

She called them a ‘tribe of successful women’ and even her ‘veeres’! Awwww!

This whole trend of woman uplifting other woman while the world tries to put them down is so empowering! Just this morning we saw the #MeToo movement on Twitter, which was also all about support and solidarity in some ways.

And now, Sonam has totally given us #GirlPowerGoals! You tell’em like it is, girl!