Diplomat Sneha Dubey, who recently represented India as the First Secretary in the UN, has been the talk of the town ever since she delivered a fiery speech against Pakistan PM Imran Khan as a response to his false allegations against our country. 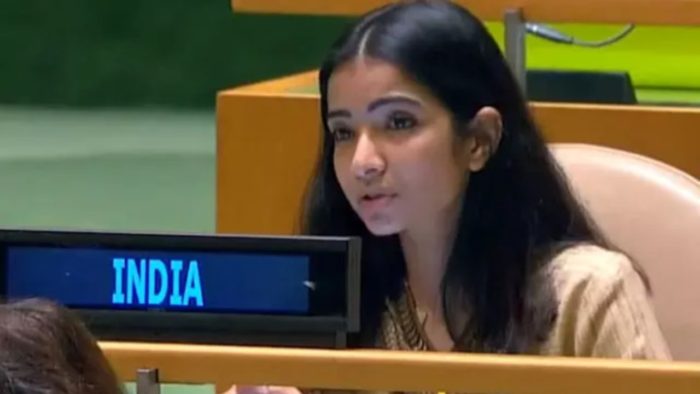 After a video of her speech went viral, Aaj Tak’s journalist Anjana Om Kashyap arrived at her office for an interview without her permission. However, Sneha very politely showed her the door twice, refusing to give a statement to the press. “I know you don’t want to talk on record but if you can talk…because the whole country wants to hear you speak. What you did today at the UN might be a routine work for you but it’s a huge thing for the country,” said the journalist. 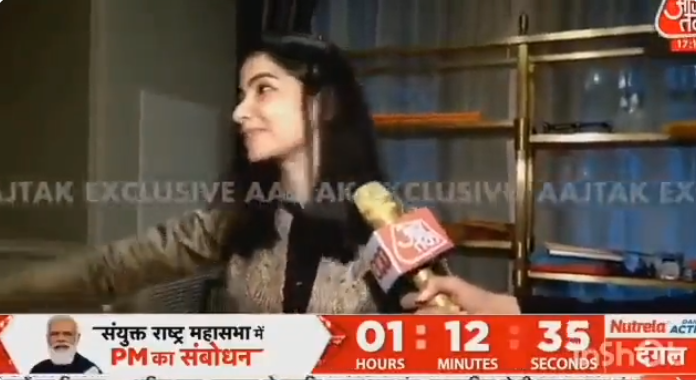 To this, Sneha replied, “I already said what I had to say…please,” and gestured Anjana to leave her office.

Sneha Dubey, IFS, Representative of India at UN asked Anjana Om Kashyap to leave the room as she breaks the protocol by the entering the room without official permission. pic.twitter.com/Mp609slBsc

People online have been slamming the journalist for being disrespectful towards Sneha Dubey’s personal space. Many called her “intrusive” and demanded that she follow protocols. Have a look at some of the reactions here:

Serves her right…being a journalist doesnt give her the authority to break protocols. Good she was shown the door by SnehaDubey#respectprivacy

We should respect & follow some protocol when speaking in public, many time Journalist forgot to do the same. Miss Dubey hv did the right things…

Most Indian journalists lack basic courtesies during such events. It was a very nice but firm gesture of the lady to shunt out the intrusive journalist- its a shameless act which most indian journalists resort to

This is something reporters and journalists need to learn in life "Honour everyone's space and privacy " . Thank you #SnehaDubey#MondayMotivation #Mondayvibes https://t.co/G5LYXE3jet

Media should know there limit. Well done sneha dubey ma'am. @anjanaomkashyap please respect the privacy of people, everyone is not politicians who are always ready for their fake publicity. Shame on you @aajtak #lowstandardreporting https://t.co/1XWBc8QDfo

Good enough. Govt Protocols are to be followed by everyone ,no matter even if you are so called a celebrity journalist. Sneha Dubey 👌🏼 https://t.co/sCYMlPtieL

The trending is that – #नाक_कटा_आया
Meanwhile Anjana om Kashyap . pic.twitter.com/s5F3PPINfo

In a short interval of time , A lot of things happened with Anjana Om Modi. pic.twitter.com/vcjFsfzr1E

When an annoying sibling come to my room.
Me:- pic.twitter.com/lnUs0cHSXx