People often tend to brainstorm a lot when it comes to popping the question to their loved ones. While some decided to propose in a romantic setting, under the stars or by the sea, other come up with unique ways like proposing to their love mid-air or like this actor who proposed marriage to his girlfriend in front of his audience. And why not, it’s not every day that you officially get to propose your love, right?

Well, that’s what this guy thought of, and hence came up with a creative idea to ask his girlfriend, ‘Will you be mine, forever?’, that too in Disney style. Lee Loechler was preparing for the moment for the past six months. And he finally got to propose to his high school sweetheart, Sthuthi David, reports CBSN. Lee had spent most of the year with an animator to prepare an altered version of Sthuthi’s favourite Walt Disney movie, ‘The Sleeping Beauty.’

He then smartly managed to screen the altered version of the animated movie during a screening at the Coolidge Screening Room in Brookline, Massachusetts. To make it look like a regular movie day, Lee invited all of their’ friends and family to fill in as the other spectators in the theatre. According to the theatre’s website, he skillfully animated Princess Aurora and Prince Phillip to look like them. 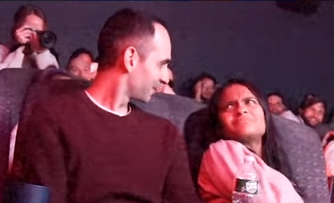 As the Prince moved in to kiss, Sthuthi became suspicious of the change in plot and the altered characters. The Prince in the movie then showed the ring on-screen and then acted as if he’s throwing it outside the screen. 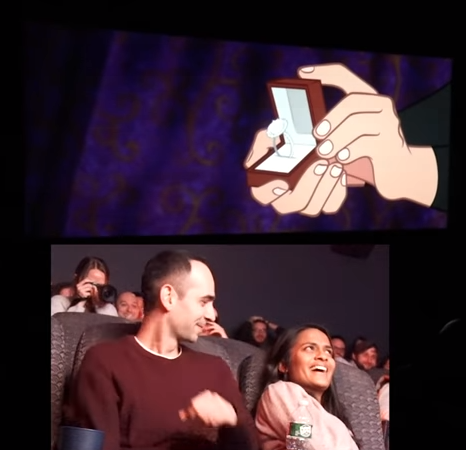 Lee then dramatically caught it and got down on his knees. When he asked the question to Sthuthi, the characters on the screen waited eagerly for her answer. Lee says, “It’s not every day you get to propose to your high school sweetheart, so I’m gonna take my time. I love you with my whole heart, including all of its ventricles, atriums, valves,” Loechler said to his cardiologist girlfriend. And who would have said ‘NO’ to this magical proposal? Definitely not Sthuthi. Lee’s princess agreed to live happily ever after with him. 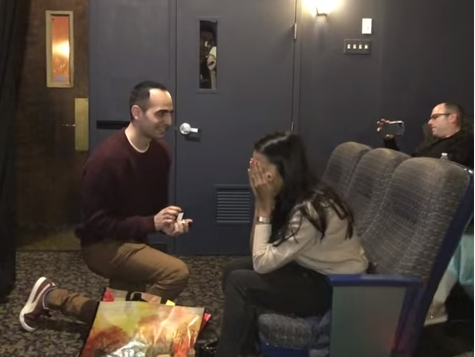 Lee was successful in keeping the proposal entirely secret from his girlfriend and her reactions were definitely worth it. Lee also shared a video of the magical proposal online.

I think this is the perfect proposal. Sthuthi’s fairytale did have a magical ending beginning! Love birds, are you still looking for ideas to pop the question?