Remember The Dog That Was Abused By Men During Holi In Video? Shibani Dandekar Rescued It

A couple of days ago around the time of Holi, a video went viral which sparked massive outrage. A few men were seen throwing gulal (colours) at a dog that was chained. The dog could be seen barking frantically at the men while they kept on forcefully throwing colours at it. It is to be kept in mind that Holi colours are not suitable for dogs as they might suffer from allergic reactions because of the chemicals used in them.

According to The Indian Express, the video was shot somewhere in Dehradun, Uttarakhand.

The local police and many animal rights organizations were tagged in the video as it went viral. People For Animals (PFA) India, an animal welfare organisation tracked the culprits down and filed a police complaint. They took to Twitter to notify that the dog is safe.

Recent Update on the dog abuse case in Dehradun. A complaint was filed by us. Dog’s name is Roxy and she is safe. Culprits were identified. They gave us a written apology. They understand the severity of the shameful act done by them. pic.twitter.com/Tozd983mYl

However, actor Shibani Dandekar, who recently tied the knot with Farhan Akhtar, came to the rescue of the dog. She took to Instagram to share a picture of the dog, Roxie, and wrote that it is being taken to a wonderful new home, reported India Today.

“Remember Roxie and how badly she was treated a week ago? We managed to rescue Roxie and she is on her way to a wonderful home. A massive thank you to @mugdha_khatri and @piaparadise. Without you, this wouldn’t have been possible! Roxie, you are so loved,” she wrote on her Instagram Stories. 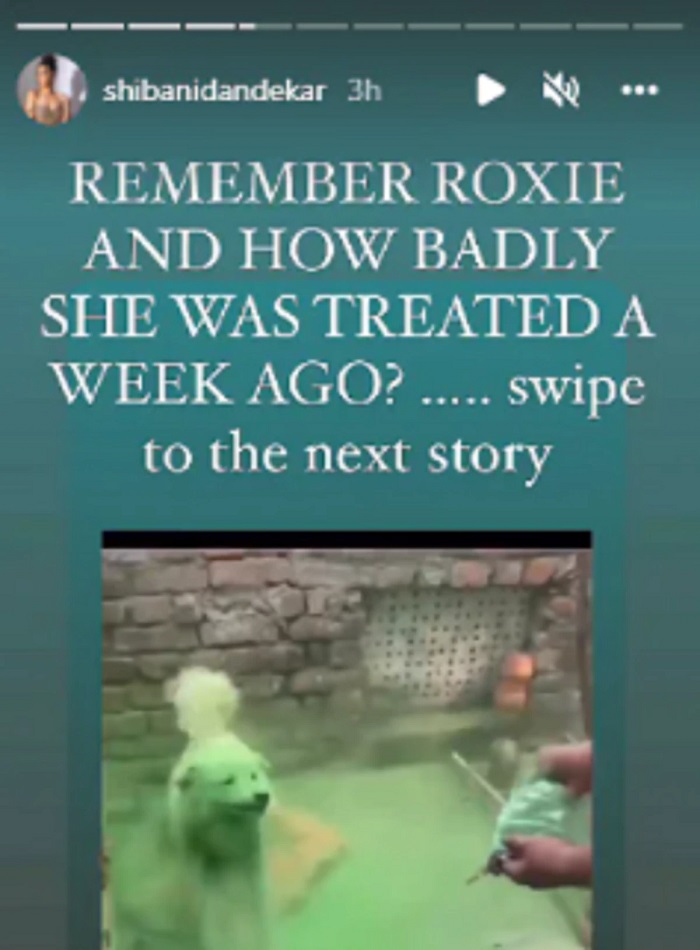 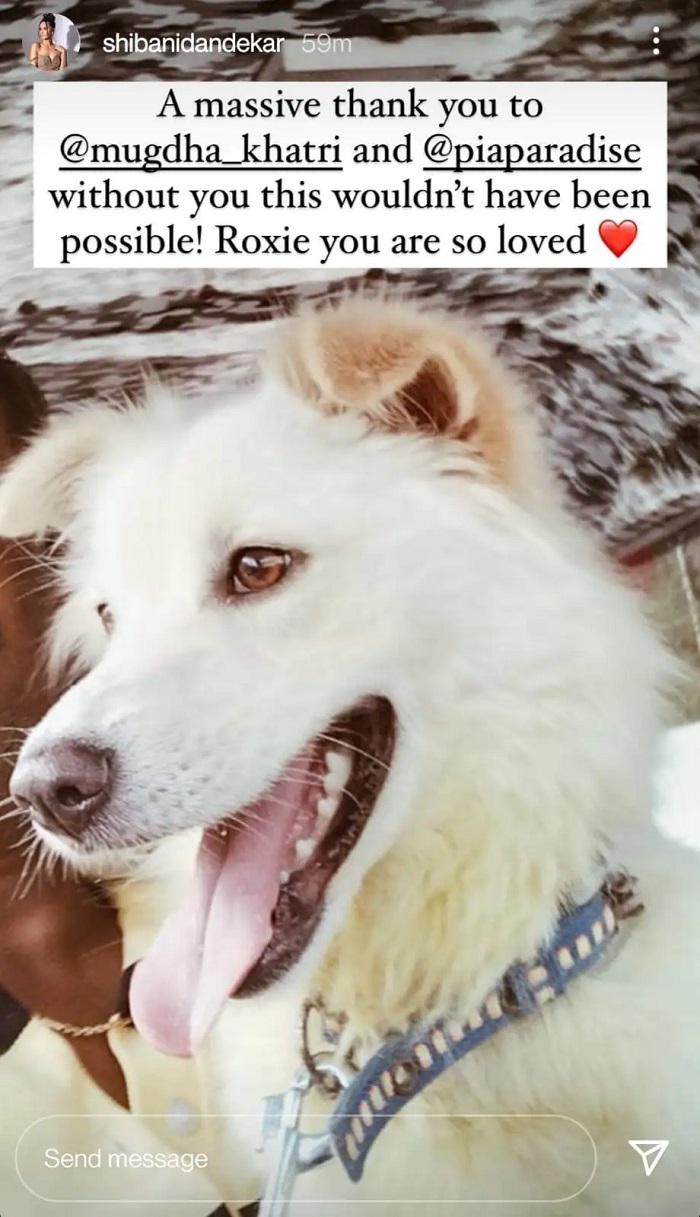 Shibani’s sister, Anusha Dandekar, too shared the news and expressed how proud she was of her.

“I don’t know if you remember the story of those boys throwing colour on this sweet soul while she was chained to a wall. I can’t show that video because it makes me sick. But, my sissy managed to get her saved! I am jumping with joy! Thank you @shibanidandekar for getting her out of there. She is now moving to a happy, beautiful new home. The best happy ending!” 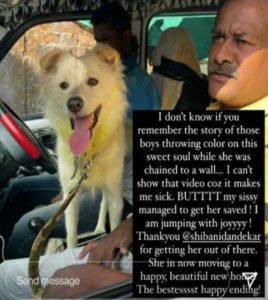 Dogs deserve every bit of happiness in the world!