Yesterday, Shashi Tharoor faced significant backlash online after he posted a picture alongside a couple of female MPs including Mimi Chakraborty and Nusrat Jahan and called the parliament an “attractive place of work”. People called his post “sexist” and slammed him for reducing female members of the parliament to mere “decorative items”.

However, in what is being called ‘damage control’, Shashi Tharoor took to social media today to post pictures alongside only male members of the parliament, reports The Indian Express. 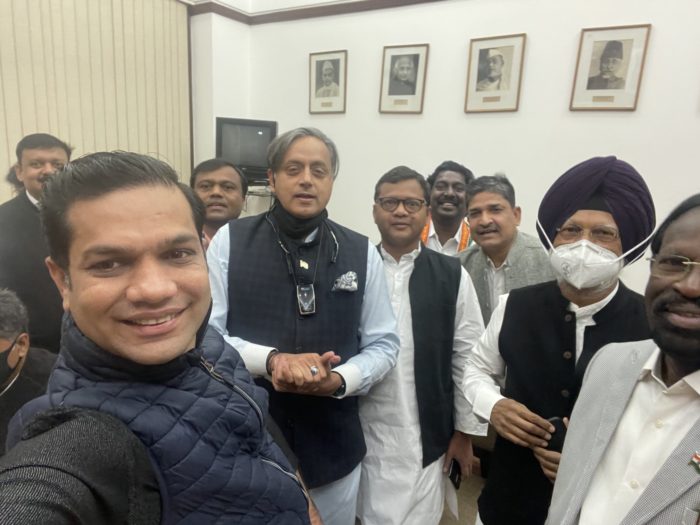 “More comradeship in Parliament as MPs assemble this morning, but no one expects these to go viral…Though I am an equal-opportunity offender!” he tweeted.

More comradeship in Parliament as MPs assemble this morning, but no one expects these to go viral…. Though I am an equal-opportunity offender! pic.twitter.com/fOEdgwD6u8

After yesterday's "attractive" tweet he quickly came up with this to cover it up. Anyway, it only means he has nothing to do but take selfies. https://t.co/HazRDfVKqO

has literally written a dictionary but can’t seem to say ‘I’m sorry’ https://t.co/T9IPRiBRAT

Equal opportunity crusader yet not attributed them of making the Parliament an "attractive" place! https://t.co/YlNT5qYpct

65 year old man tweeting like a teenager. how hard is to accept that you blundered and apologize lmao https://t.co/JsjQntVzNy