Home Food For Thought Shanti Ekambaram’s Candid Encounter With Customers Is What Real Leadership Is All...

Do you know what makes a company stand out amidst the massive competition in the business world? Neither the glossy products nor the huge billboards, but the ability to empathise with end-users and understanding their unique stories is what ultimately makes a company succeed in the long run.

In today’s increasingly competitive market, if you’re simply sitting in your air-conditioned corner office, sipping hot coffee and making strategies on a laptop on how to attract customers, you’re competing against someone else who’s going the extra mile by putting themselves out there amidst customers, observing them, talking to them, understanding their needs, doubts, and aspirations and instantly getting actionable insights on what really matters to them.

And that’s exactly what we have stumbled upon! In a video that is doing the rounds, President of Consumer Banking at Kotak Mahindra Bank, Shanti Ekambaram was spotted conversing with prospective customers at a store. She noticed how one couple was hesitant in making a purchase, possibly because of financial constraints. She spoke to them warmly, understood the challenges they faced, and went on to advise them on several financing schemes which could help them achieve their dreams as well as help in planning their finances. 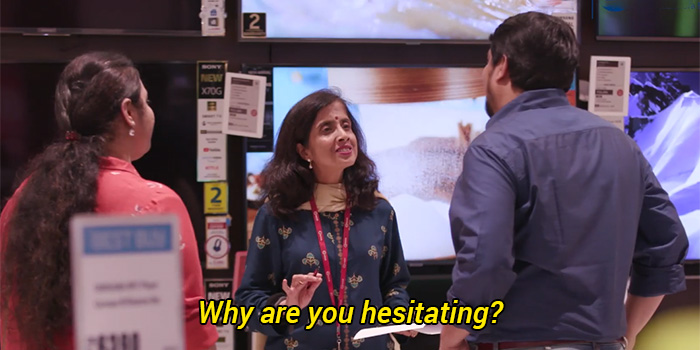 For people who do not already know her, Shanti Ekambaram is a veteran in the banking industry. She has spent more than 25 years working with Kotak. Honouring her achievements, Fortune India and Business Today have recognised her as one of the most powerful women in business in 2019.

After going ‘viral’ internally within the company, the video made its way to social media and instantly struck a chord with many. Because, let’s admit it, how often do we see a company’s top management executive taking the time and effort to meet and understand customers? All we see are salespeople trying to push people into buying things they may not need. Shanti Ekambaram is like a breath of fresh air!

Later, she also goes on to talk about what inspired her to directly communicate with customers. Watch the video here:

With Diwali just around the corner, people are moving into new houses, buying new vehicles or, perhaps, other consumer durables because it is considered to be an auspicious time. However, many are unable to do so since they do not have ready access to credit. In another video, Shanti talks about how Kotak has understood this and has therefore launched its ‘Kona Kona Khwaab’ Loan Utsav to make this festive season brighter for everybody.

As she puts it succinctly, 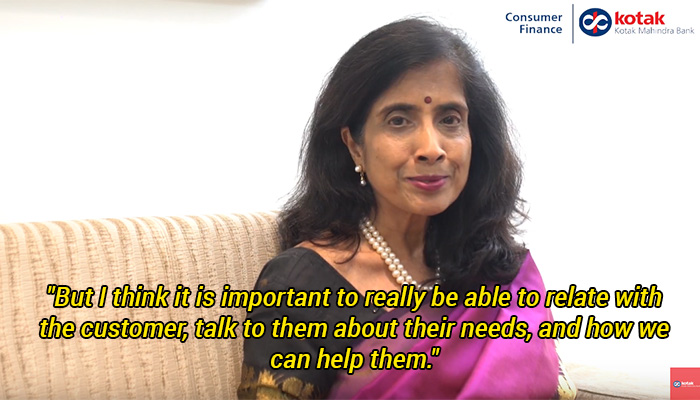 Kudos to Kotak for encouraging a culture where everyone, from the sales team to the most powerful woman of the company is invested in understanding consumer behaviour.

A real leader leads by example and Shanti just set a powerful example of leadership in action. We hope this inspires others to do the same!