If you’ve watched the Hindi-language period action film ‘Shamshera’ in which Ranbir Kapoor can be seen in a dual role, you would realize that Vaani Kapoor has been used as a sex symbol and a prop in the film. 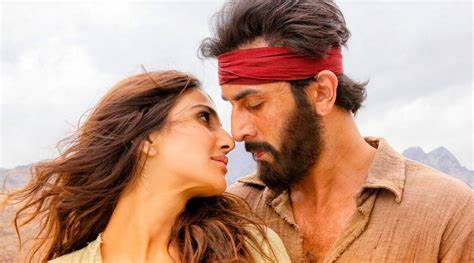 No, this is not how we feel about it. People who have watched the movie have opined on the same lines.

While some think Sanjay Dutt went a little too overboard with his acting, others thought it was pathetic of the filmmakers who used Vaani to sexualize the movie.

Sanju baba has done a lot of overacting , Vaani Kapoor is used as a prop in the film only comes in song pathetic . Only silver lining is Ranbir that too has not gone up to his potential in this film .

In Shamshera, the crows has better role than Vaani Kapoor.

Shamshera dekhne Jana to saridon sath le jana.
There is everything in movie except story and side characters and depth in them
Along with an item girl portrayal of Vaani Kapoor#ShamsheraReview

Can anybody please explain why was there a need to unnecessarily sexualise Vaani Kapoor’s role in Shamshera? 🤷🏻‍♀️

By trailer and songs, I felt #shamshera looked like thugs of Hindustan because of Vaani kapoor acting like katrina kaif. Why does YRF potray women of that era as zero size figures exposing their bodies 🤷🏻‍♀️story acchi ho ya buri atleast do research on lifestyle of that era.

watched #Shamshera
I'm so happy RK is back after 4 years ♥️
About movie. It's Okayish. I love RK as Bali than Shamshera in acting wise.
Cinematography should have been better.
Vaani Looked gorgeous. Nothing more than that. Sanjay Dutt was over in some scenes. #RanbirKapoor

no but vaani kapoor didn't do anything in shamshera but dance and scream ?

Seems like Vaani saw this coming. Hence, in an earlier interview, she cleared the air first-hand and said there’s more to her character.

“I have tremendous respect for Karan. I loved his movie Agneepath. I understand his sensibilities and aesthetics and I admire those. When he offered me the film, I saw the kind of arc he had for my character. She is not just there to be used as a prop in the film. It’s very little disclosed in the trailer but once the film comes out, the audience will see a very different look and dimension to this character.”

The movie was theatrically released earlier this month and opened to poor reviews from critics which earned it the title of a flop movie.

#ShamsheraReview #Shamshera #ShamsheraIsHere Saw the movie today.! Movie is okey type.! Sound effects are good.! Empty theatres.! Only 6 include we 3 were the only people watching the movie pic.twitter.com/lDYEuVGjvU

Using female actors as eye candy and increasing the ‘oomph’ factor is nothing new in Hindi films. In fact, most films give little to no scope for female characters to flourish, and rarely any narrative is spared to build their character. We have seen the same happening in male hero-led films like ‘Dabangg‘, ‘Dhoom: 3’, ‘Kabir Singh’, etc.

However, it’s 2022 and we hoped that things would have changed by now as there has been enough debate about giving justice to female characters. But, I guess we were wrong. Women characters should be given more scope than just to titillate the audience. The more they are pushed to the sidelines with barely any story to tell, the more will reel life affect real life.