When the trailer for Kabir Singh dropped on the internet, I can say for sure that I was speechless for a good 5 minutes. I’ve been following Shahid Kapoor’s acting ever since he played the quintessential college chocolate-boy in Ishq Vishq and since then I knew for sure that this guy is going to bag legendary roles. Sure there were a few ups and downs in his career, but can you really think of anyone else who could have played a better Aditya in Jab We Met, or the protagonist in Haider, or Tommy Singh in Udta Punjab? And now he’s back at it with Kabir Singh, one of the roles which is going to be lauded for years to come.

Inspired by the Telegu movie Arjun Reddy, Kabir is raw, stubborn, perpetually angry, and completely messed up in the head – in short, the kind of guy parents warn their daughters against. All that we got from the trailer was that Kabir’s character downfall was a result of his separation from Preethi, played by the beautiful Kiara Advani. It’s a modern love story for sure, exploring the dark side of romance and heartbreak and in a way touching upon depression and substance abuse.

Also, can we please take a moment to drool over Shahid’s raw beardy look? Thanks. 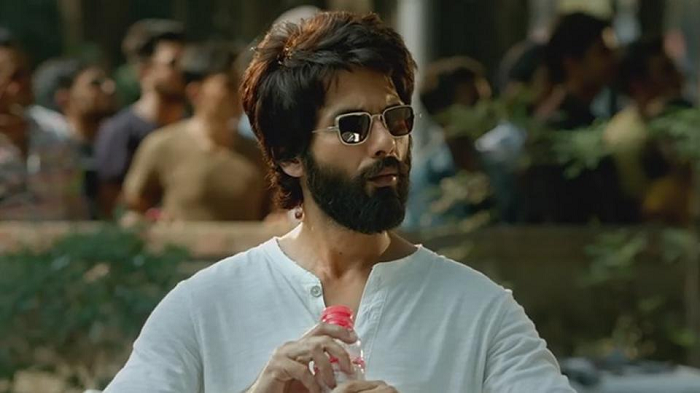 The movie has hit the theatres today and Twitter is all-talks about it, focusing mostly on Shahid Kapoor’s performance. So if you’re planning to watch the movie sometime over the weekend, here are 15 tweets you should read first:

Just watched #KabirSingh in Dubai, it’s my first time ever to watch an Indian movie in a theatre, l just wanna say that it’s a well made movie and I’m a Shahid kapoor fan from now on . They guy is just insanely talented !

@shahidkapoor you have left me speechless !!!! I May need a few hours to sit and think and construct my thoughts around how I feel about #kabirsingh … only because its so bloody good! 💥

I think after aashiqi2 this film will be the best love story movie nd his songs already superhit.#KabirSingh

#KabirSingh is an ode to the madness and dark side of love. It is intense, violent yet real and full of heartache and longing. @shahidkapoor’s Kabir is as flawed as the shadows that dance in the dark when your vulnerability seeks light. What a performance! Shahid at his finest❤️

Fm Romantic Hero in #JabWeMet to Drug addict in #UdtaPunjab to broken ♥ lover with powerful performance in and as #KabirSingh, there's been tremendous growth as an actor @shahidkapoor and me becoming his strong Fan is amazing. Looking forward to seeing movie #KabirSingh

Wait a minute. Why are movie reviewers all raining hell on #KabirSingh ? Is this really the first time we saw toxic masculinity, entitlement get wrapped & served as love story in Bollywood? Haven't we in the past praised such films ourselves?

Wake up & smell the coffee. [THREAD]

Shahid Kapoor literally lives #KabirSingh doesn't miss a single beat, definitely one of his best performance at par with Vijay Devarakonda. #SohamMajumdar who plays Shahid's best friend is impressive. Raw, Rigid & Rage in the title character. Watch only for performances.

So, have you decided yet? Let us know!