Often addressed as the King Khan of Bollywood, SRK is showered with the love of millions of his fans and well-wishers from across the globe. With a career spanning 3 decades, he has aced every genre and rightfully ruled the film industry.

The ‘Zero’ actor wasn’t seen on the screens in the last couple of years. Hence, when his recent movie hit the theatres, people went berserk.

Even though he made a comeback after 42 months and 184 weeks with a cameo in R Madhavan’s directorial debut ‘Rocketry: The Nambi Effect’, his fandom can be gauged by people flooding Twitter with excited reactions. 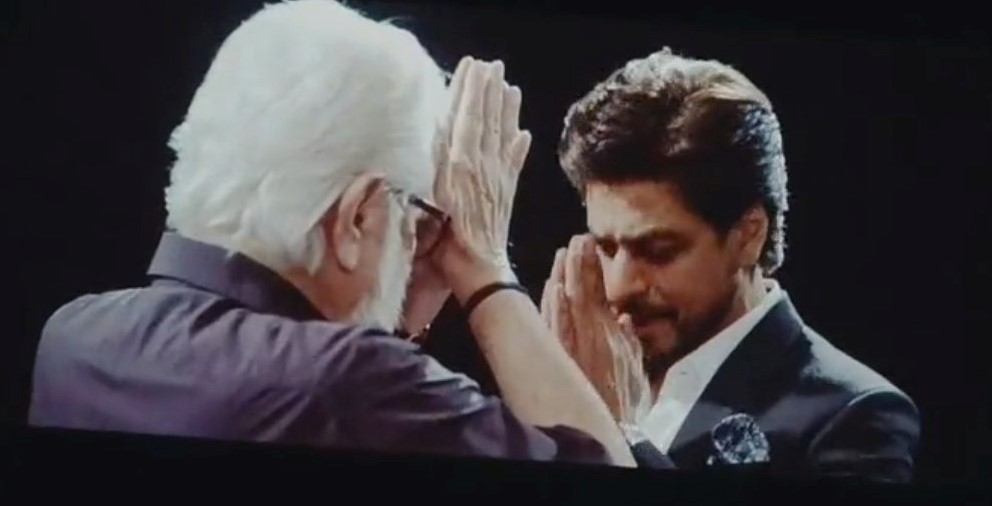 This is how SRK fans reacted to seeing him grace the screens after being absent for almost four years.

Seeing all the reviews and the leaked clip, it surely looks like #ShahRukhKhan𓀠 has done the magic again even after taking break for 4 years with his 🔥 screen presence in the entire movie specially in the emotional scenes in the climax..😍🙌@iamsrk 👑#RocketryTheNambiEffect pic.twitter.com/Pai7TJoDO8

Watching #ShahRukhKhan𓀠 on big screen after almost 4 years…uff!! Limited audience in the show but as soon as @iamsrk appeared on-screen, we all clapped and whistled. What a screen presence this man has. Aura. #RocketryTheNambiEffect btw, @ActorMadhavan is nailing it here. pic.twitter.com/kHPG2sOJdj

SHAH RUKH KHAN presence in anything can make that thing look 100 times better! king for a reason! glad to see him on big screens back. doesn’t matter the duration.#Rocketry pic.twitter.com/LWYpYUW6I7

After 1288 days of inactivity… HE'S BACK TO RULE INDIAN CINEMA. pic.twitter.com/Rc5lEf977s

I guess I have screamed his name with my full power after watching him on screen after 4yrs though a cameo but for us it’s his comeback🤩Have you screamed his name too?🥳#ShahRukhKhan #Rocketry #RocketryTheNambiEffect #SRK @iamsrk @ActorMadhavan #Madhavan pic.twitter.com/birxF8nk6P

I guess I have screamed his name with my full power after watching him on screen after 4yrs though a cameo but for us it’s his comeback🤩Have you screamed his name too?🥳#ShahRukhKhan #Rocketry #RocketryTheNambiEffect #SRK @iamsrk @ActorMadhavan #Madhavan pic.twitter.com/birxF8nk6P

shah rukh khan s cameo in #RocketryTheNambiEffect shows how impactful his presence is no matter how long or short is the duration! pic.twitter.com/Q5UFRBy7lw

Within few seconds of his role, he has reminded us once again that the actor in Shah Rukh Khan still lives. pic.twitter.com/FOvAxWOkTI

This is what people live for. He has surely done something in his life to be able to receive so much affection and regards from people across the world.