In the Indian Army, Short Service Commission (SSC) officers serve up to 10+4 years – they initially work for 10 years and upon completion can extend their service up to 4 more years. Earlier, after the completion of their tenure, female SSC officers had to drop out of service whereas, male SSC officers could either drop out or apply for Permanent Commission – a career in the army until one retires.

However, in February 2020, the Supreme Court ordered the centre to make sure that female officers are given Permanent Commission as well and called the earlier rules “discriminatory” and “based on stereotypes”. It was also ordered that women be given commanding roles.

Now, how did all this happen?

Post the February 2020 judgement, the Ministry of Defence conducted a selection procedure to screen women SSC officers for grant of PC. This procedure was based on an “existing policy regarding grant of permanent commission…applied uniformly to all SSC officers”. This “existing policy” was solely made for male SSC officers who are evaluated for PC in their 5th or 10th year of service when they are in the age group of 25-30 years.

However, some women officers who applied for PC post the judgement belonged to the age group of 40-50 years.

The selection procedure, or the SHAPE-1 category, assesses officers based on 5 criteria – psychological including cognitive function abnormalities, hearing, appendages, physical capacity, and eyesight.

What was happening here is that women officers were “being subjected to a rigorous medical standard at an advanced stage of their careers, merely on account of the fact that the Army did not consider them for granting them PC, unlike their male counterparts.”

On Thursday, during the hearing of this case, the Supreme Court held that the Army’s evaluation criteria for granting PC to women SSC officers “systemically discriminated against them”, reports The Indian Express. The court also inferred that the women officers were being excluded from permanent commission “on grounds beyond their control”.

During the hearing, the Supreme Court made some striking and relevant observations regarding the functioning of the Indian Army which exposed how the entire institution was building “by men for men”, leaving women officers with little agency. Here are some of the court’s observations: 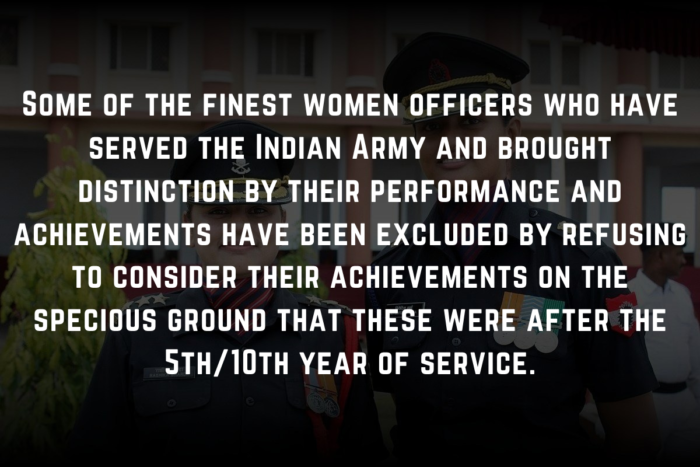 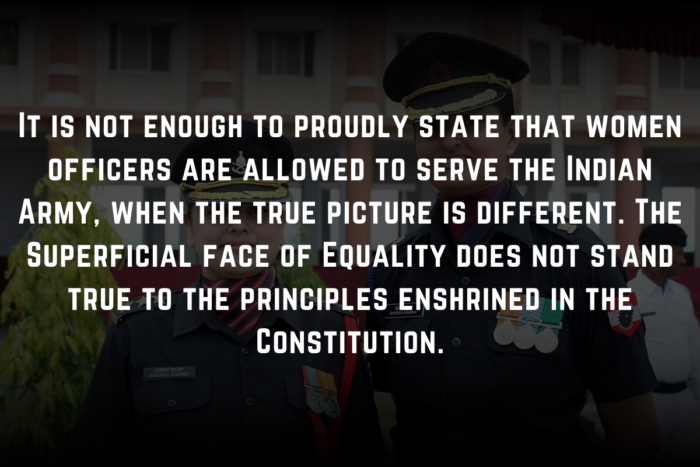 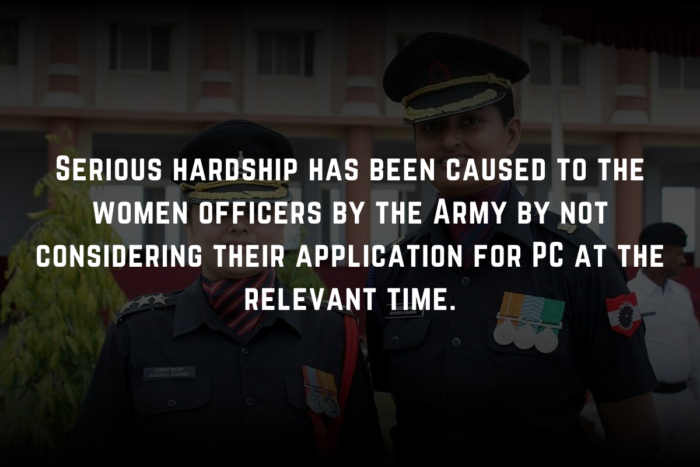 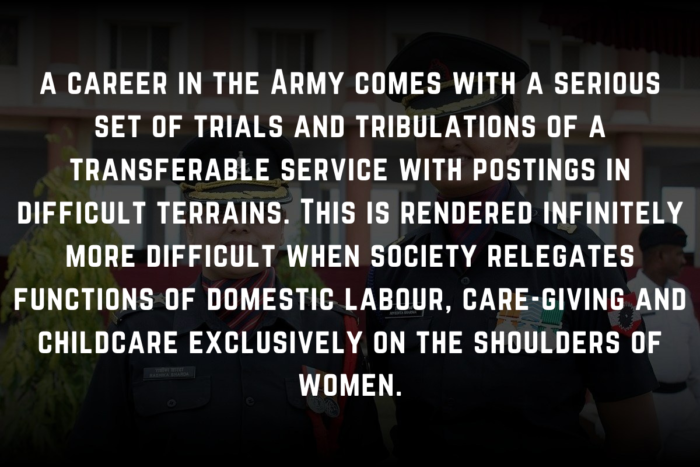 What do you think of the Supreme Court’s observations? Tell us.