On July 20, Amazon founder Jeff Bezos, along with a select few, will launch into space on the rocket system ‘New Shepherd’ built by his space venture called Blue Origin. The team includes a 30-year-old systems engineer from Kalyan, Mumbai named Sanjal Gavande.

As per a report in TOI, she stated, “I am really happy that my childhood dream is about to come true. I am proud to be a part of Team Blue Origin.” Before building the spacecraft, she worked in marine and car racing companies.

After completing her mechanical engineering from Mumbai University in 2011, she joined Michigan Technological University in the US for her master’s in the subject, which she went on to clear with a first-class.

Sanjal’s father is a retired Kalyan-Dombivli Municipal Corporation officer. Her mother Surekha, who is a retired MTNL employee, stated, “From childhood, my daughter has been into space and we are proud that from making car engines she has graduated to rockets. We are very happy about my daughter’s achievement—that she was selected for an international project.”

While she was employed at Toyota Racing, she decided to pursue her dream and took flying lessons on the weekends. Her hard work paid off and she got her pilot’s license in 2016. Thereafter, she applied for an engineering job at NASA. “She was not selected due to the issue of citizenship though,” her mother added.

Undeterred, she applied at Blue Origin in Seattle where she landed the job of a systems engineer.

A post shared by The Times of India (@timesofindia)

And desis are left super impressed: 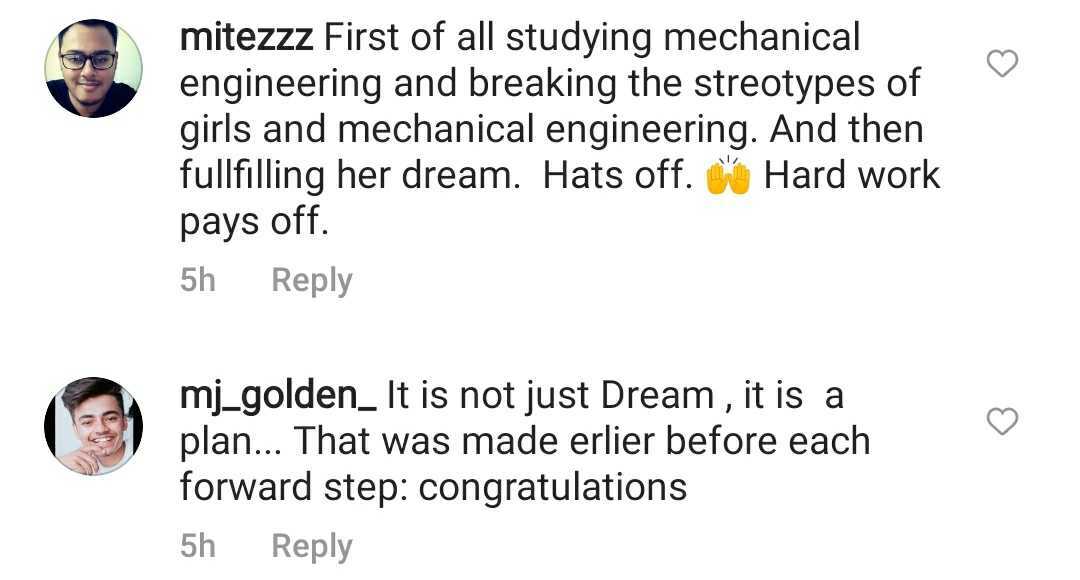