Hormonal changes, weight gain, mood swings, are just a few things a woman goes through while giving birth to a child. However, these are not the only challenges a pregnant woman faces. Sadly, sometimes they are also subjected to ‘body shaming’ by people. In fact, even celebrities have faced the insensitive blow of fat-shaming after pregnancy. But, thankfully many actors have often called out shamers and also spoken about body positivity publically.

One such person is Sameera Reddy. The mother of two has always spoken about her pregnancy weight and postpartum depression openly. In fact, she has been an advocate of body positivity and often encouraged people to love their bodies as they are. Recently, the former actress took to Instagram after a mother of a one-year-old child messaged her saying she feels ‘fat’, ‘ugly’, and ‘not beautiful’ with her post-baby fat. The woman said, unlike the actress she doesn’t look that good post-pregnancy.

Sameera responded by flaunting her flaws and telling the woman to never compare herself with others. She then went on to share her personal experience, she said, “I grew up always being compared to my stick-thin sisters and then I went into an industry where I was completely compared to everybody.” However, according to the actress, the comparisons were of no good to her. She said how trying stupid things to just fit-in made her feel worse about herself,

“I tried to lighten my skin. I wore colored lenses for that for the fair light-eyed look. I padded every part of my body. I did everything that made me feel crap about myself.”

I had a message form a mom who says she feels ‘fat’ ‘ugly’ and ‘not beautiful’ with her post baby fat . She said she looked at me and felt dejected . OMG!!! So here are my morning swelly eyes . No tricks no make up just me owning it! And I’m hoping that this enforces a positive spin on our own expectations of ourselves . I feel coming back to the public view in a way that I feel no pressure for my own mental health has helped me stay focused on being a good mother and a person who is self accepting that makes it a healthier space for all around me . Don’t dwell on what you are not and what you don’t have ! Let’s focus on the good 🙏🏼 we are all #imperfectlyperfect #loveyourself #justthewayyouare #keepingitreal

Further, she mentioned how she has worked really hard to fight against any shaming be it body shaming or fat-shaming. Sameera said people will keep calling you too fat or too thin but you need to focus on your happiness. She said other’s opinion of you doesn’t matter as long as you accept your body. Concluding she said, we should focus on our own goals and take baby steps towards them. 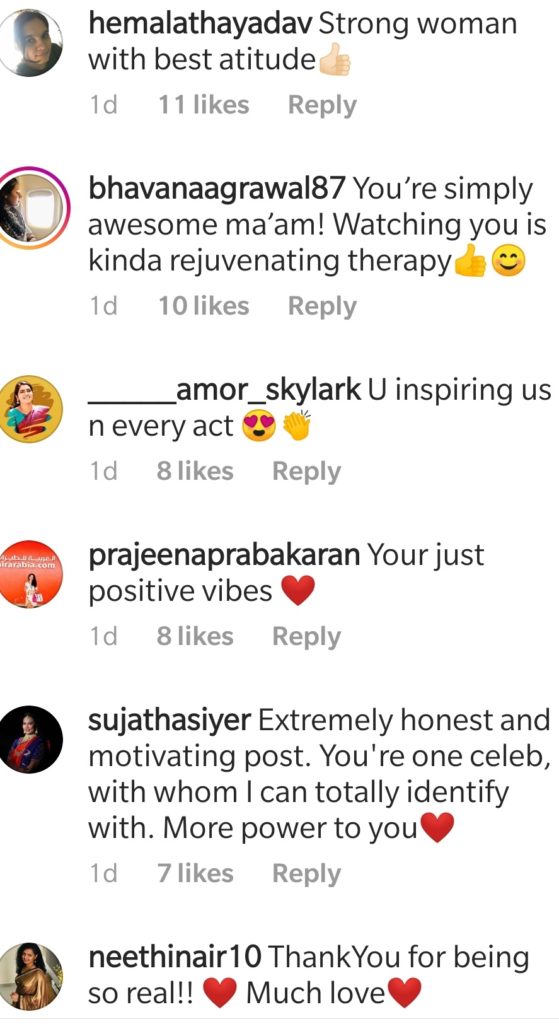 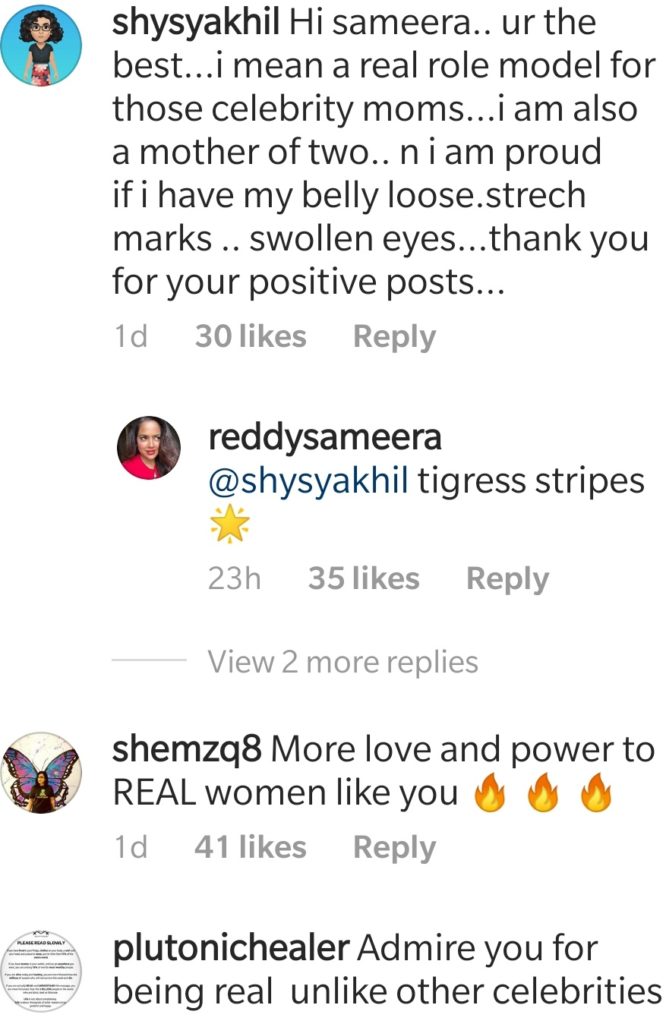 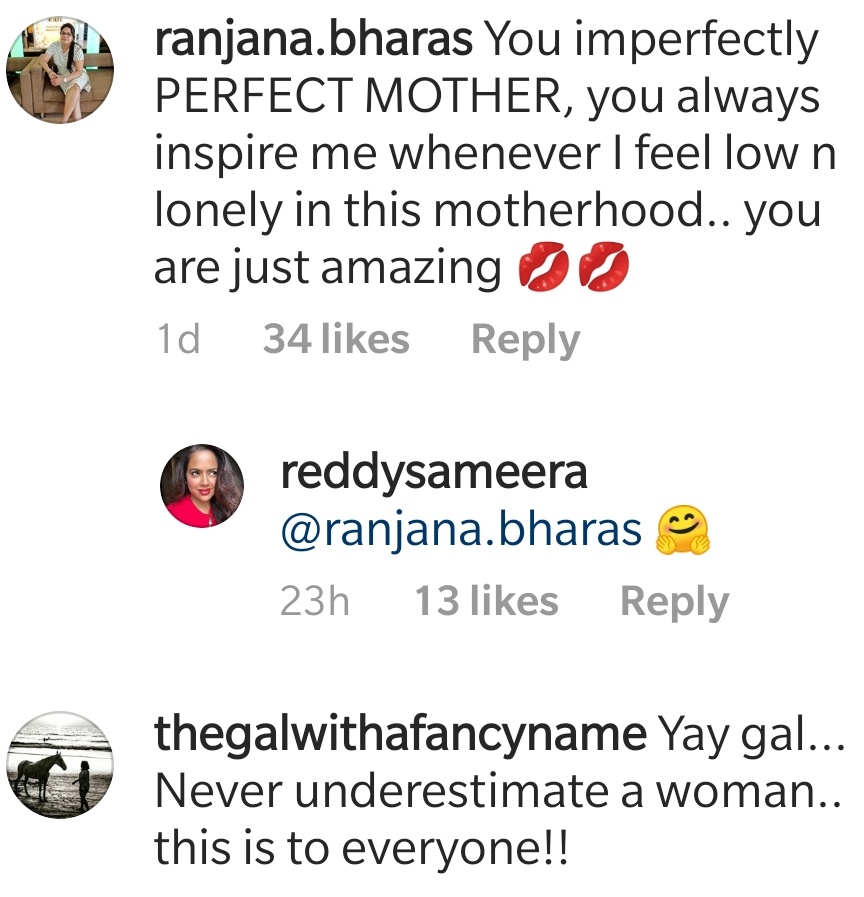 Well said, this is such a great example of girls supporting girls. More power to you Sameera. You go, girl!