“I Completed Him & He Completed Me”: Saif On How Him & Akshay Kumar Owe Each Other

Bollywood actor Saif Ali Khan, who made his debut with the film ‘Parampara’ in the year 1993, recently reflected on the trajectory of his career. When an interviewer said that his relatively less success was a ‘really good thing’ for him as an actor, he ‘absolutely’ agreed.

As per a report in HT, Saif explained how he did not enjoy the same success as Shah Rukh Khan and Aamir Khan, but believes that it worked in his favor. 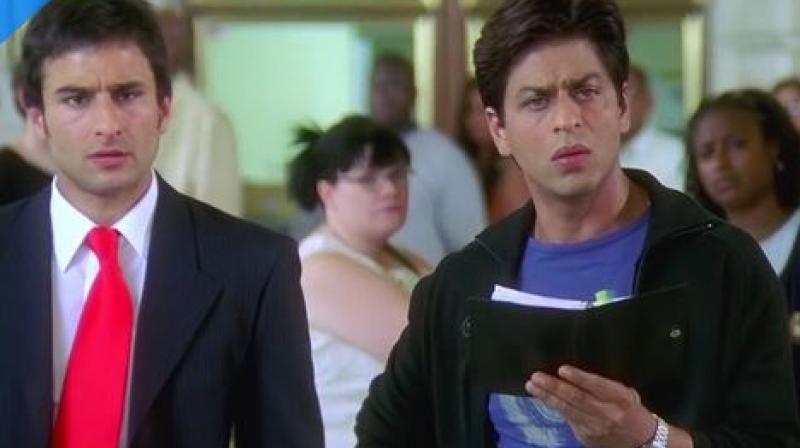 He said, “I have to say these guys – Shah Rukh, Salman, and Aamir – were kind of born somehow to be actors. I think it must have been a childhood ambition. Certainly, I know it was for two of them. I don’t know if it was Salman’s ambition anyway but he was certainly built for it and made for the kind of success he saw. I joined movies at a time where you got to aim to either be a superstar or not bother. And there’s a point there. It wasn’t really about nuance, different kinds of characters…all that has happened now.”

He mentioned that it gave him the freedom to experiment and forge his own path as an actor. He became ‘more interested in acting’, experimented with different roles, and understands the craft better now.

He stated, “For me, films have also changed. I am being offered complex roles and parts, and it is possible to make a lucrative living that can support a fairly lovely lifestyle.” He asks everyone to be more hopeful because ‘there is no definite path’ to make it big.

In addition, Saif also talked about his fondness for fellow co-star Akshay Kumar and how they found their way into the industry together. The duo has worked together in films such as ‘Main Khiladi Tu Anari’, ‘Tashan’, and ‘Yeh Dillagi’.

Saif stated, “If I was cute and fun in a lot of movies and I did a lot of work with Akshay Kumar, who perhaps lacked at that point, cute and fun, so we made a kind of super-person and found our way in the industry. I completed him and he completed me. I think that’s why we are so fond of each other till today. We realise we owe each other that, in a sense. Usually, a solo successful superstar like these guys (the Khans) don’t need someone to complete them.”

What do you think of his revelations? Tell us.