Rujuta Diwekar Is Asked To Pay ₹2.5 Lakh For An Award, Kangana Lauds Her For Exposing The ‘Fraud’

Nutrition expert Rujuta Diwekar was earlier in the news when she stated that ‘making fine chutney makes women liberated’ and was slammed for her sexist opinion. However, she has now shared a post where she speaks of the popular sentiment that most awards being offered are paid transactions.

She stated that a media agency is wanting to give her an award for being an ‘inspiring woman’. All she’s expected to do is fill a form and pay Rs. 2.5 lakhs inclusive of GST.

She explained that over the years, she’d been approached for scores of such ‘paid awards’, right from leading nutritionist to global wellness expert. She added that they always came with a rate list and offered perks such as media coverage TV appearances.

Several celebrities and influencers took to the comment section of her post to attest that there was truth in Diwekar’s claims. Some even opened up about how they’d been offered awards in exchange for money. 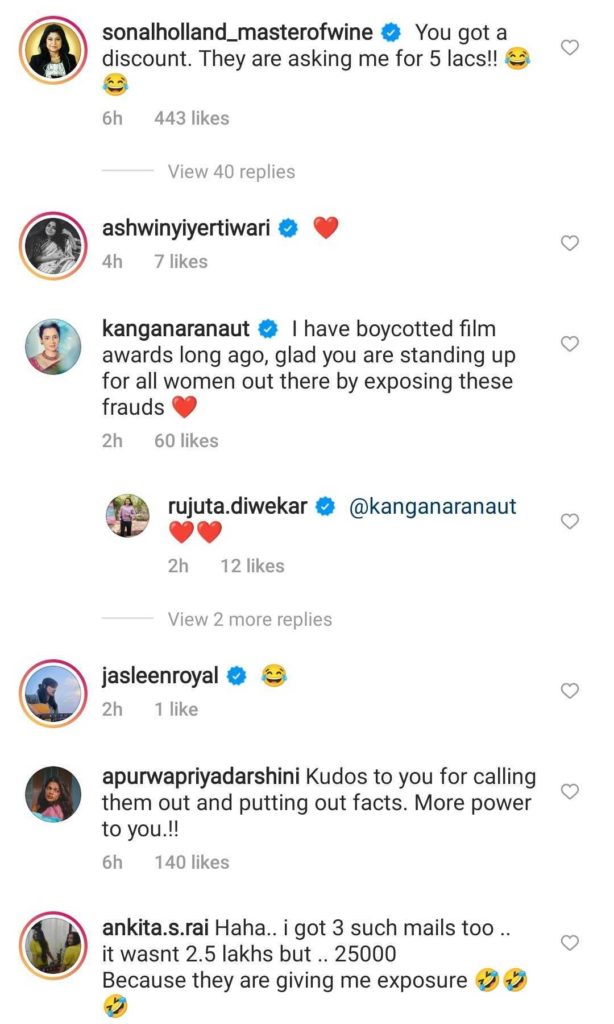 Then there were people who lauded her integrity and showered support saying that awards were no measure of her merit. 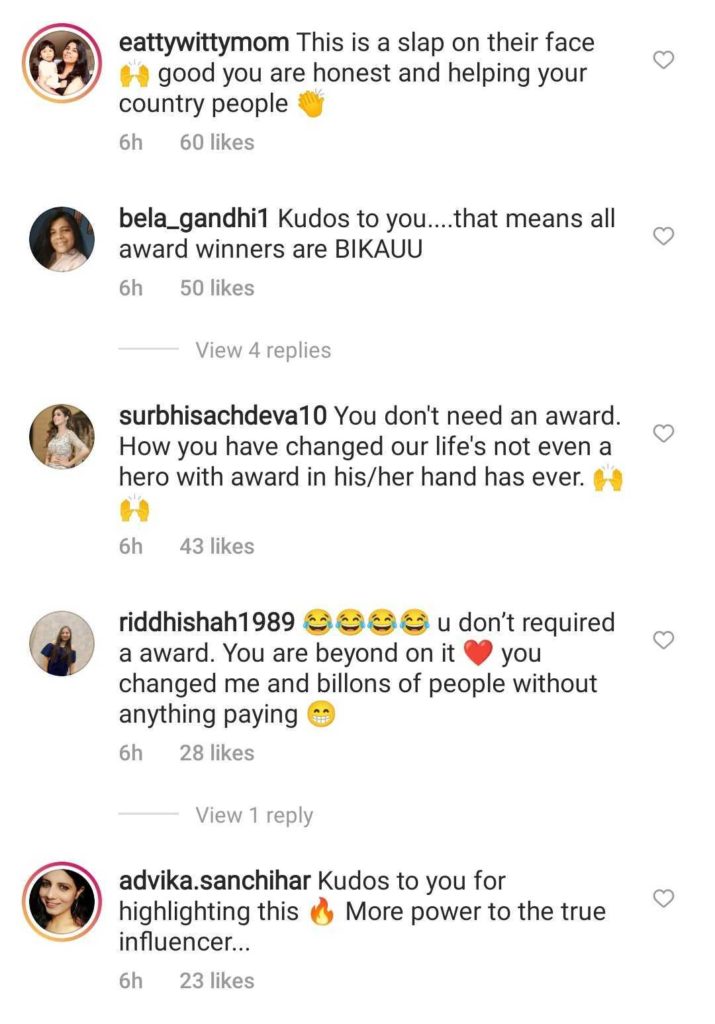 Do you agree that most awards are paid glories?