Yes, only a genius can come up with and execute a plot as complicated as Interstellar, and hats off to Nolan for that. But it takes a different kind of genius to have no plot to begin with and still manage to woo the audience with three hours of singing, dancing ,drama and flying SUVs.

Rohit Shetty, the unchallenged king of Bollywood’s 100 crore club, is also the uncrowned prince of sequels. He probably makes the first movie so that he can make the sequels, given as they are never the least bit related (**coughGolmaalcough**). So, if he were to make the sequel to Interstellar, here are a few things one can expect.

1. It’ll be set in a world where the laws of Physics don’t apply

Basically, all his films.

2. Be sure to find flying cars instead of spaceships

Who needs a spacecraft when you have a Scorpio?

3. Over the top singing and dancing, but in space 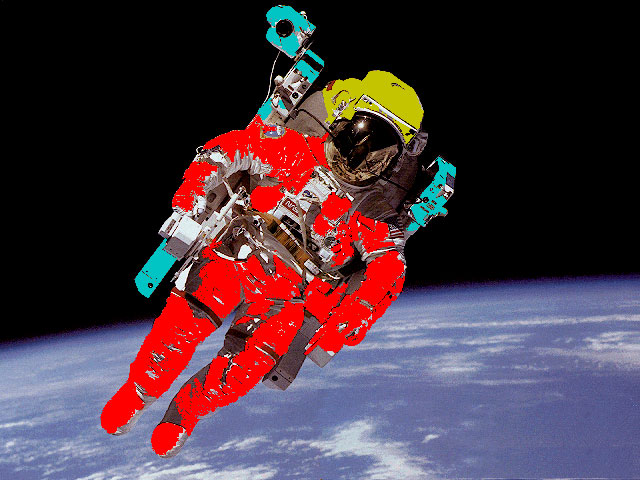 Which can be spotted from the earth, hence making it easier to track the astronauts. See, it wasn’t just loud for no reason. It was required by the ‘script’.

Because you need someone who can stand on the Scorpio instead of sitting in and driving like a normal person.

The complimentary ‘supporting actors’ need to be there, be it as metallic boxes.

Which the hero can beat up in the end, before travelling back to the deserted planet to be united with the ‘heroine’. Which was a pretty Bollywood thing to do, even in Nolan’s version.

10. And finally, a tribute to a random movie

It has to be a tribute to some movie which has nothing in common with this one except for the lead actor and a random object, say, trains.

Because anything is possible when it’s Bollywood, and when it’s Rohit Shetty.

What do you think the film would be like? Tell us.