Historian Claims RRR’s Portrayal Of The British Is Dishonest & Ignorant, Gets Schooled

There is no doubt that RRR’s popularity across the world has been magnanimous. The film is set in the 1920s when India was under the British Raj and to some extent, it shows the atrocities carried on by the Britishers over Indians. However, anybody who is familiar with India’s history under the British Raj would know that the film showed just a fraction of the brutalities inflicted by them on our ancestors. 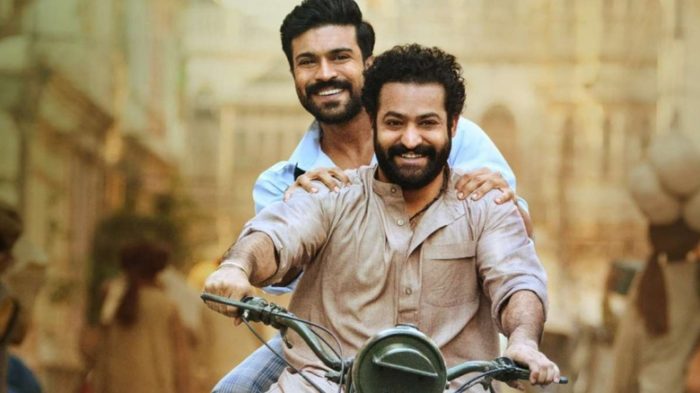 However, British historian Robert Tombs thinks otherwise. The 73-year-old man who is a Professor of French history at the University of Cambridge wrote an article for ‘The Spectator’ where he calls the portrayal of the Britishers in RRR “unusually nasty and at the same time amazingly silly.”

“We have played such an important role in the world over the last few centuries that we have accumulated enemies as well as friends. In many nationalist myths, we are cast in the role of villains. It’s a way that quite a few countries make up heroic stories about themselves,” he wrote.

“To portray British officials and soldiers roaming the country casually committing crimes is a sign of absolute ignorance or of deliberate dishonesty…So films like RRR do not reveal some hidden truth about the past, nor do they express genuine popular feelings. They try to stir up synthetic emotions…Netflix should be ashamed for promoting it,” he added.

The British have long been fair game as film villains. But Netflix's blockbuster RRR takes things too far

Not just Indians, but people from across the world slammed the historian for, in a way, defending the British. Many said that RRR has in fact been “easy on them”, considering the mass murders, loot, famine, slavery and other devastations that were caused by the British Raj.

the thing about british people feeling justified to complain about things like this is that they do so because they can't really imagine getting tone policed like this by their own oppressors, since the UK's entire cultural identity is already built around loving your oppressors https://t.co/psOifDjOcF

They used babies as baits for crocodiles. #RRRMovie went too easy on them. https://t.co/BLAUx1PKtv pic.twitter.com/aWp43pvdh5

as an English person I am confident in saying the British Empire was a horrific regime that dabbled in everything the Nazis did and more. it deserves to be remembered that way.

Aww did the bare minimum of pushback about centuries of brutal colonialization and multiple purposefully engineered famines, ethnic suppression and economic domination after independance hurt your fee-fees? https://t.co/ecZdsBU3Fu

You know, I think Indians are probably the best people to talk about how England treated India https://t.co/ruiM3NhYp7

Here is your Ex PM David Cameron refusing to return the looted Kohinoor Diamond, admitting "If we start returning things we took from our colonies, the whole British museum would be empty".

So save us your sanctimony on how British Rule wasn't all that bad, we know our history. https://t.co/r9aDNhevxN pic.twitter.com/LBiNyRlqPs

The British are not just villains in movies, they’re also villains in The Real World so this is probably the most realistic part of the movie

What RRR showed was nothing compared to what they show in ‘sardar udham’. Brits were our nazis but somehow we were thought not to hate them by the institutions… pic.twitter.com/cY2uKAghIf

I’ll just leave this here. We have been too kind in the past
It’s time ur country recognizes the atrocities of ur past so it does not happen again.This is our Holocaust and we have the right to shed light and make sure it’s not forgotten. Watch and learn. https://t.co/Lp3cRptoN1

Yes I totally agree. The maker’s of the RRR were rather very generous in the depiction of brits. They should have included the real behaviour of the kind hearted, magnanimous and gentlemen brits on how they were treating Indian’s. pic.twitter.com/yiXfpcSs0c

“Until the lion tells his side of the story, the tale of the hunt will always glorify the hunter.”