Uttarakhand Chief Minister Tirath Singh Rawat recently stirred controversy for saying that women are “running towards nudity” by wearing ripped jeans. He further stated that they are setting a “bad example” in society.

Well, not just women, a huge section of people online was irked by his illogical statement. And soon women started posting pictures in their distressed denim to prove that clothes don’t define a person’s character.

#RippedJeansTwitter is another symbolic Women’s Day on Twitter. And for good. Every time idiots in power want to marginalise you, drown them with such a symbolic wave.

In solidarity with the woman with ripped jeans who was judged by a misogynist.

In solidarity with the woman with the two kids trying to get somewhere who bore the brunt of a clearly sleazy man checking her out because she was wearing ripped jeans. #RippedJeansTwitter pic.twitter.com/N3fWgvlCBD

#RippedJeansTwitter
What a perfect day to flaunt this madness! pic.twitter.com/1KkiwNbB0M

Among them were celebs like Gul Panag and Navya Naveli Nanda who took to social media and voiced their opinions against Rawat’s ideology. 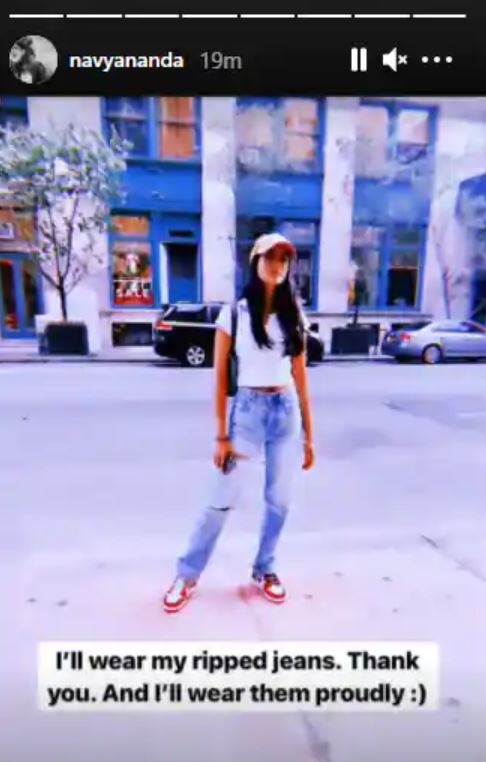 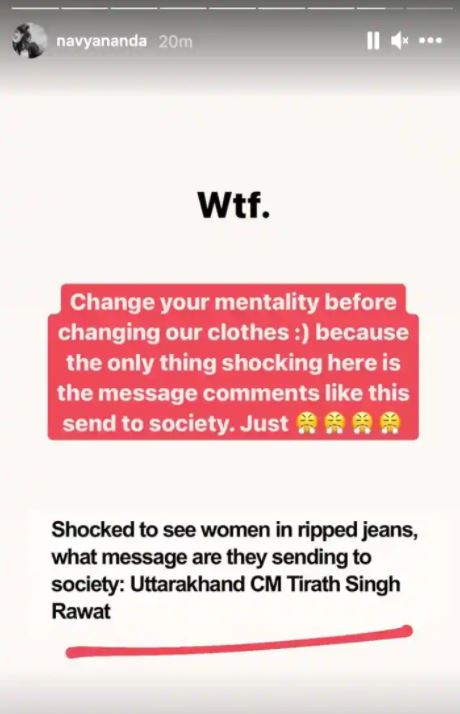 What a sassy way to shut down those with a regressive mindset!