The Rio Paralympics 2016 started on the 7th of September and our Indian athletes are already winning big. 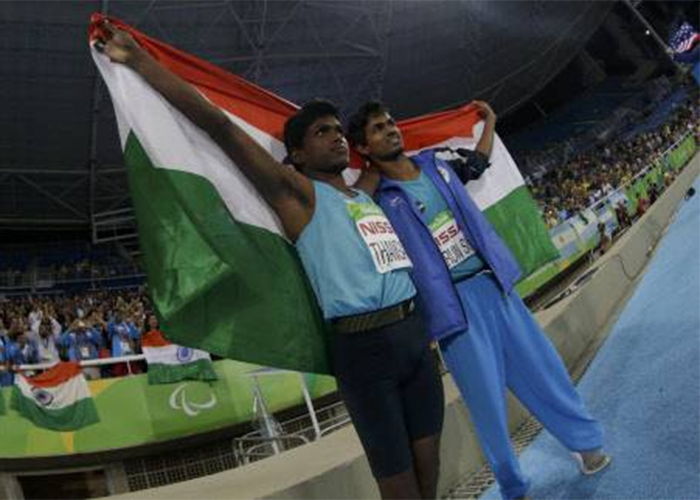 Thangavelu became the first Indian high jumper ever to win Gold at the Paralympics, with his 1.89 m leap. Bhati racked up an impressive 1.86 m and came third. Sharad Kumar, India’s third medal prospect, was initially at the first spot, but ended up at sixth in the end.

The Indian Sports Ministry has declared prices of ₹ 75 lakh to Gold winners, ₹ 50 lakh to silver winners, and ₹ 30 lakh for bronze winners, from India, at the Paralympics.

This is indeed a proud moment for all of India! Hope they get the same adoration, celebration, and recognition as our Olympic heroes!