9 years after falling in love on the sets of ‘Fukrey’, Richa Chadha and Ali Fazal have finally tied the knot today. The couple took to social media to share pictures from their Awadhi-themed celebrations hosted by Ali’s family in Lucknow. They looked ethereal in their white-coloured traditional outfits. 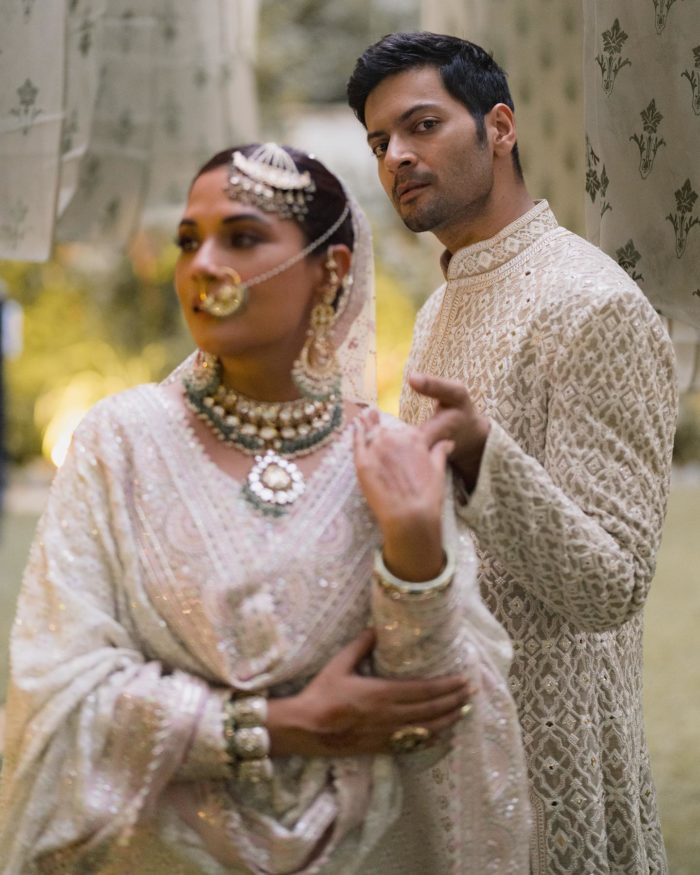 According to Hindustan Times, their hand-embroidered ethnic outfits were from ace designers Abu Jani Sandeep Khosla. While Richa Chadha was wearing an elegant sharara set, Ali Fazal looked every bit like a ‘Nawab’ in the long bandhgala kurta and churidar pant set. 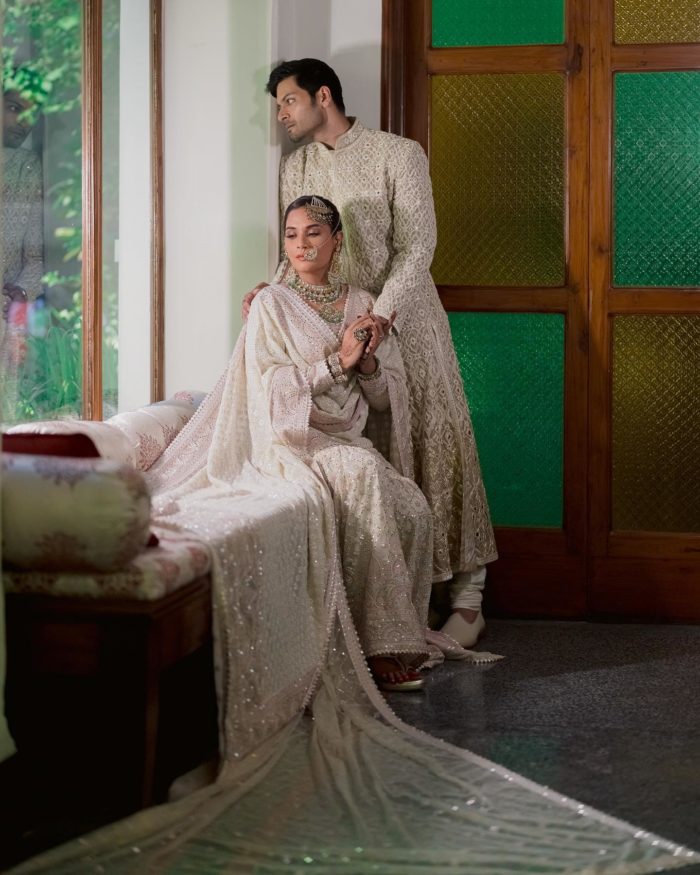 Richa’s outfit consisted of a heavily embroidered short chikankari kurti paired with a similar sharara pant and dupatta. A long white embroidered veil dropped from her head and touched the floor. Her look was made complete with an emerald, kundan, and gold choker necklace, bracelets, rings, nath, jhumkis and a maang tika. 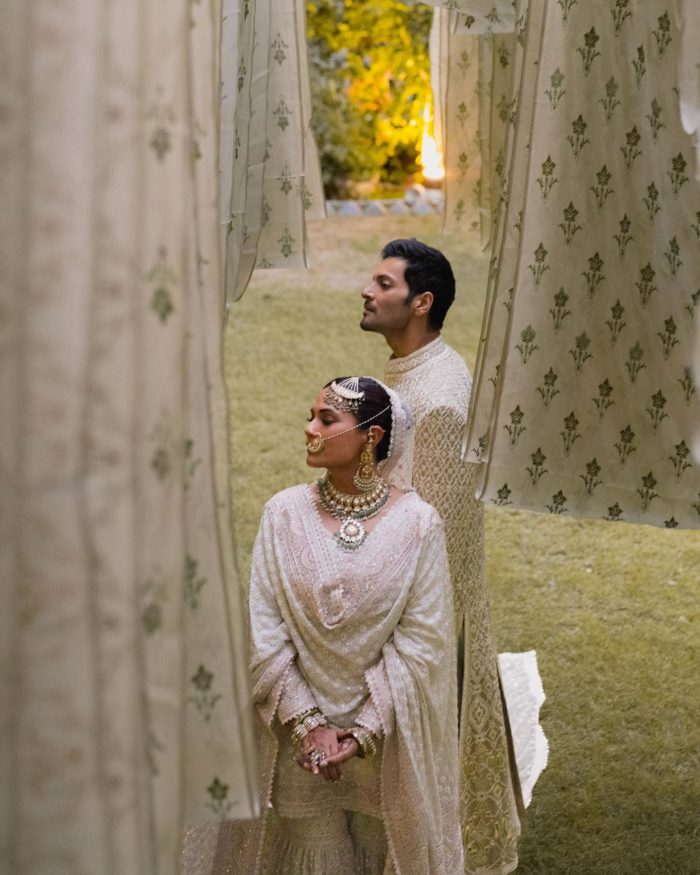 According to reports, a spokesperson of Ali and Richa’s wedding revealed that the two had legally gotten registered back in 2020.

“This is to clarify that Richa Chadha and Ali Fazal have been legally married for 2.5 years when they registered their wedding. Currently, they are celebrating their union with friends and family, as was already mentioned by them on 29th September in their statement,” they claimed. 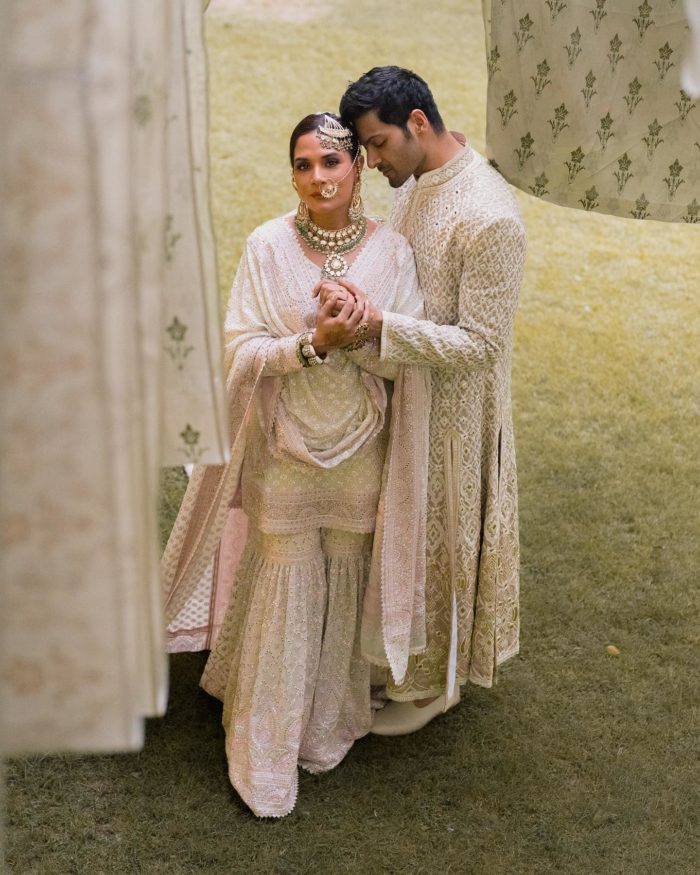 This was something that was also mentioned by Richa and Ali in a voice note that they posted on social media before their wedding festivities began.

“Two years ago we formalised our union and just then the pandemic hit us all,” Richa had said. 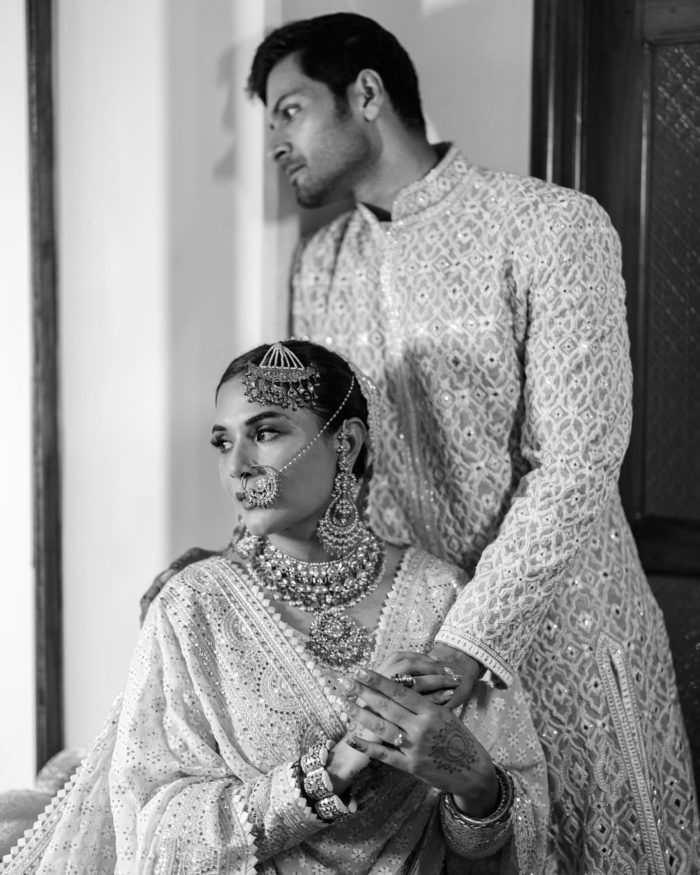 According to Hindustan Times, the official statement from their spokesperson reads, “They wanted to celebrate both their Punjabi and Lucknow-y culture. The details of their celebrations were curated to thoughtfully reflect their persona and their heritage. The clothes too were designed with special touches being added through heirloom jewellery and custom-made trousseau including a saree custom made to reflect their love story.” 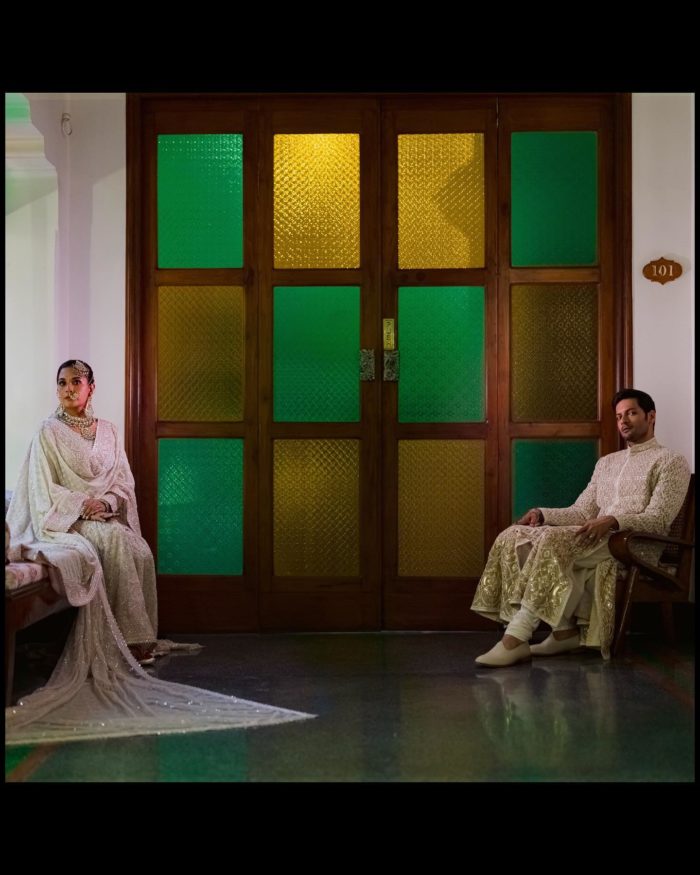 Our heartiest congratulations to Richa and Ali. Wishing them a happily ever after! 🙂