Film producer and stylist Rhea Kapoor tied the knot with long-time boyfriend Karan Boolani in an intimate wedding this past weekend. While many celebs were snapped attending the close-knit gathering at Anil Kapoor’s residence, no pictures of the newly weds had surfaced.

Rhea now took to instagram to shared a picture from her wedding with husband, producer Karan Boolani.

Beautifully dressed in traditional lehenga, the bride wrote that she was nervous despite dating 12 years.

“I cried and shook and had stomach flips all the way through because I didn’t know how humbling the experience would be. I’ll always be that girl who had to come home to Juhu at 11 pm before my parents fell asleep,” Rhea admitted.

Karan shared another picture from their nuptials penning a heartfelt note for Rhea where he appreciated various aspects of her personality and what she brought to the table.

“You and I have been ride or die for over a decade and for that i would like to thank four people who have given me a crazy amount of love, respect, encouragement and constant collaboration. First is a film producer, the second is a fashion stylist.. the third is the mother of my daughter lemon and the fourth is the finest cook to have performed miracles in a domestic kitchen..and their names are Rhea Kapoor,” writes Boolani.

Father of the bride, Anil Kapoor shared a family picture along with picture of the newly weds and shared his joy following the wedding.

Designer Masaba shared a photograph of Rhea’s alta-smeared feet from the wedding. 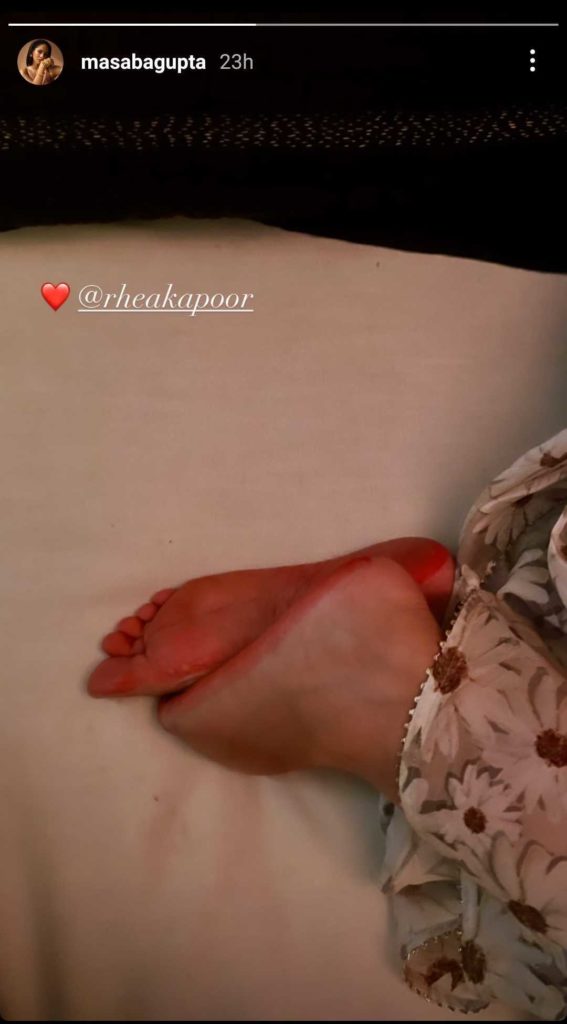