Stories of smart and courageous doggos have never failed to brighten our day. Whether it is a trainer adopting the dog who waited for its humans after the Idukki landslide, or the dog who was seen frequently waiting outside a car showroom getting ‘hired’ and living there permanently, we all can agree dogs deserve nothing but the best treatment for their loyalty. But when dogs are trapped into cages by some people, it can give birth to a rebellion. Read on more to see how.

A video depicting a mini freedom revolution within a dog cage is being widely shared on social media. A small puppy can be seen climbing the fence of the roofless cage as other dogs seem to witness in awe and cheer it on. Soon enough, it inspires another bigger dog to do the same and manages to escape. Check out the video:-

In the 18-second video, we see the courageous little puppy nimbly climbing the metal fence and doesn’t give up despite it being quite a difficult task. As the other dogs curiously look on, another bigger dog follows him and manages to exit the cage. The inspiring and adorable clip of revolt is winning hearts everywhere. Here’s how Desi tweeple lauded the bravery and infectious courage of the dogs:-

What hope and beauty courage is!

The puppy just did an 'invent-the-wheel' equivalent discovery in the Dog World. And it will go down in Dog History as such!

Well their courage must be cherished, to be honest very nice video.

Courage is found in unlikely places.

A tweet for this read, “Revolt started that day”.

Redditors reacted to the video as well, wondering what happened next:- 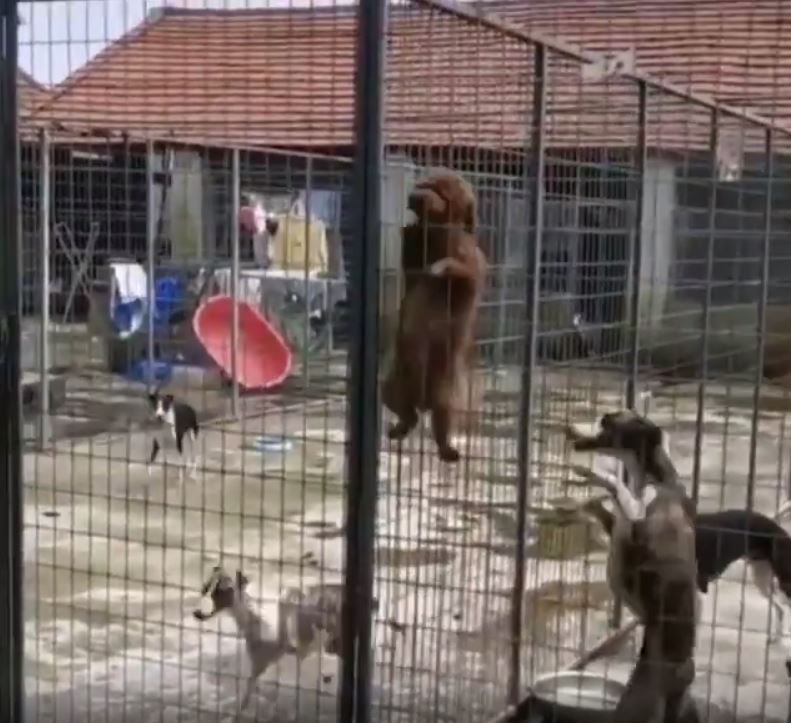 And then there were a lot of puns based on movie names:-

Did you too get a little dose of inspiration from this video? Tell us!