Disclaimer: This article contains major spoilers of the finale episode.

Another epic journey comes to an end, and it was unlike anything we expected! Game of Thrones season 8 sure did have its moments and its disappointments. You see, the thing is GOT has never been one to serve its audience what they wanted, and I’m glad they ended the way it did.

The finale was oddly satisfying and here’s why:

1. Jaime and Cersei’s dead bodies hugging each other under a pile of bricks and Tyrion’s emotional breakdown made us root for the Lannisters. 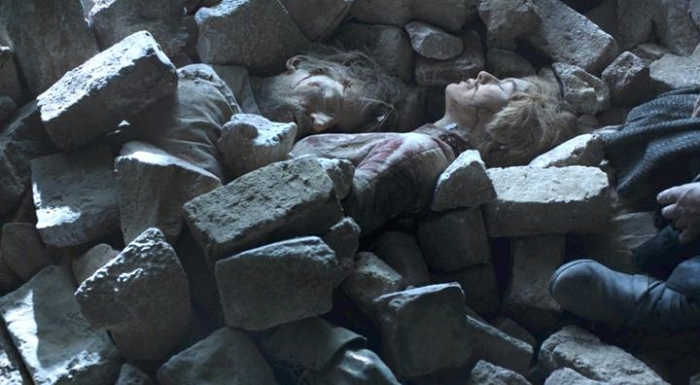 While many wanted Cersei’s death to be brutal, this scene made her look more humane than a villain – an honourable tribute to one of the best characters the show has given us.

2. Daenerys’ murder was reasoned from a gender-neutral perspective and I loved it! 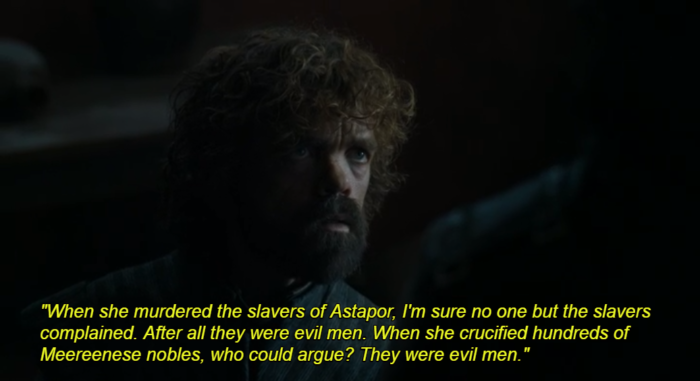 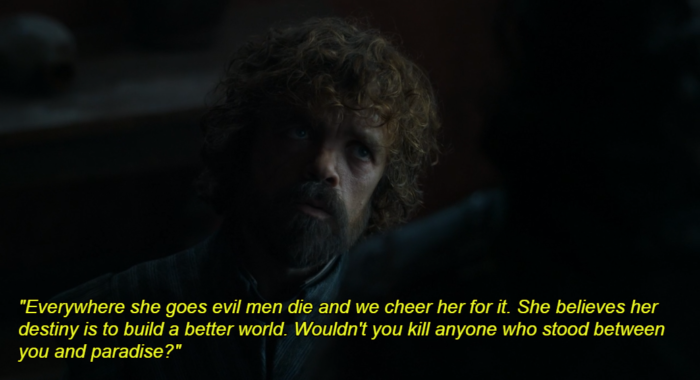 For the past few weeks, online debates have been highlighting how Dany’s narrative was moving towards a more conventional direction – a woman’s anger equated to madness, how a woman is unfit to rule, a woman rising to power must be executed, etc. But Tyrion’s explanation on why Daenerys must be killed cannot be argued against.

3. Drogon trying to wake up a dead Dany had me sobbing tears of agony, tbh!

I’ve known how the show ended for the last week but Drogon trying to wake up Dany is a pain I was NOT ready for #GOTFinale pic.twitter.com/TLCOm59VHj

4. Daenerys’ vision in the House of the Undying finally comes true. 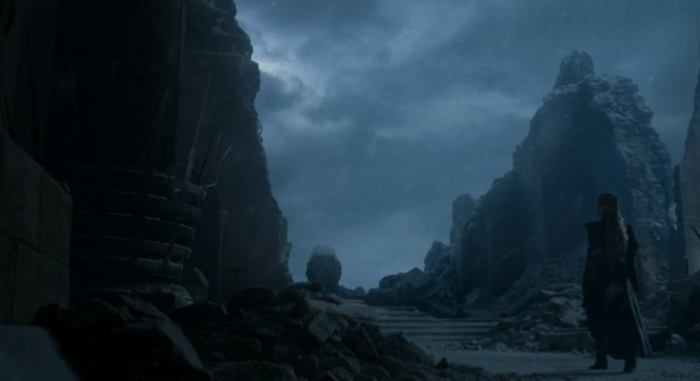 In the vision, we saw Dany walking inside the throne room whose roof had been wrecked and what we mistook then as ice was actually ashes. After she touches the throne a voice calls out to her and she finds herself walking north of the wall where she is reunited with Drogo and united with death – foreshadowing that Dany will walk towards death from the throne room.

5. It is ultimately Tyrion who imparts the wisdom of how the kingdom should be ruled henceforth. 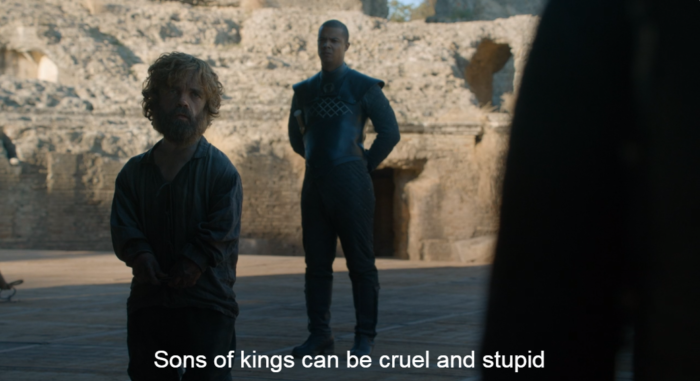 While Bran being king wasn’t the ideal ending anybody had hoped for, the question isn’t about Bran. The focus is more on choosing one’s own king which would prevent many Joffreys from ascending the throne in the future.

6. Hence, the wheel finally gets broken. 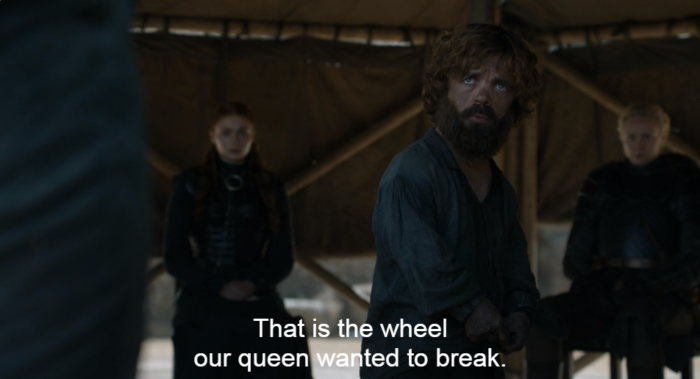 Dany’s vision was always to break the wheel – the fight between the noble houses for power and supremacy. And that finally comes true. 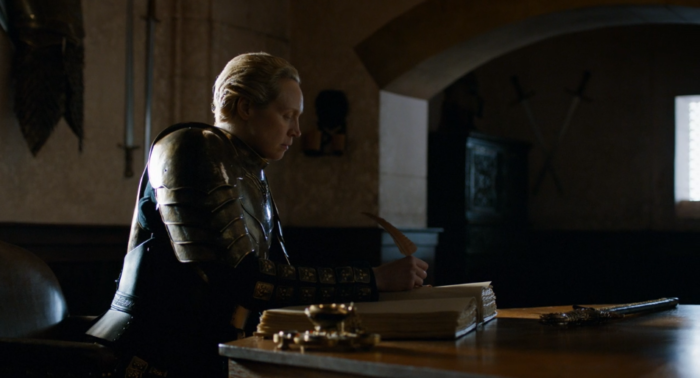 Jaime throughout the course of the show had been taunted for being the “Kingslayer” – someone who backstabbed his king. However, when Brienne writes about his history, she mentions all the honourable things Jaime grew to become and how he died while protecting his Queen. Jaime will be remembered for his loyalty, and what better way to complete Jaime’s character arc? 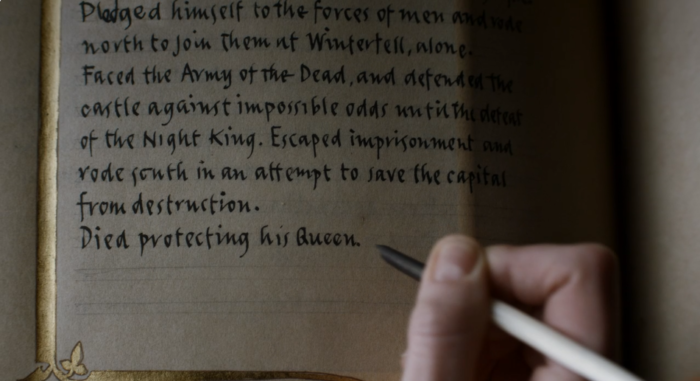 8. Grey worm sails to the Isle of Naath. 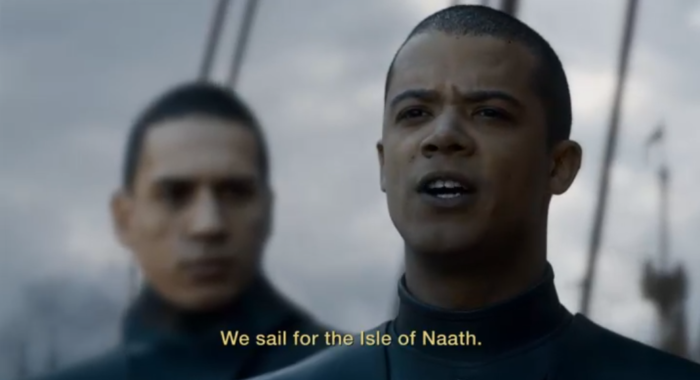 Our hearts broke on seeing Grey worm’s expression when Missandei was executed. After the “last war”, the two promised to sail to Naath, Missandei’s home. And Grey Worm does just that. 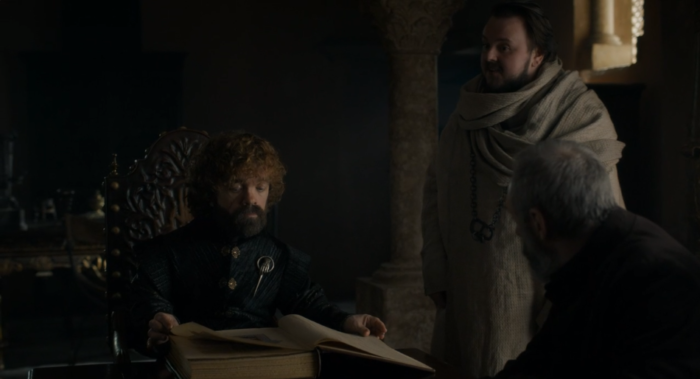 10. The Song of Ice and Fire finally gets written, partially satisfying fan theories! 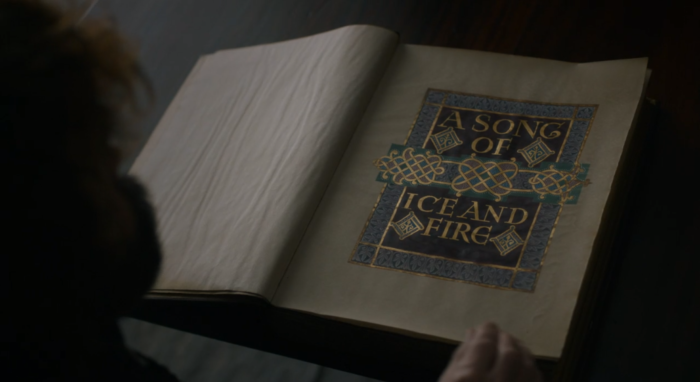 11. Jon goes back to the Castle Black. 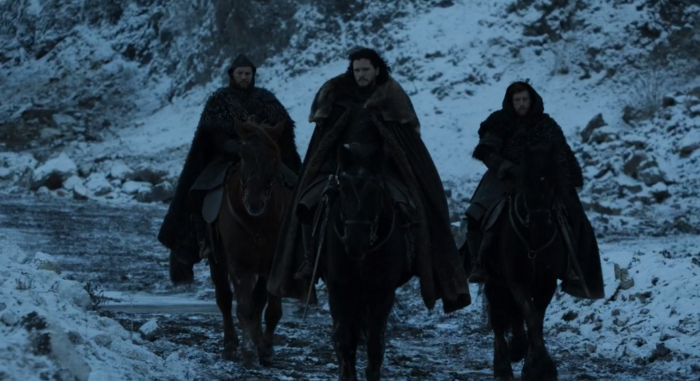 Remember when Tormund told Jon how he has the “real north” in him? Now we know what he really meant!

13. Sansa becomes Queen in the North.

Remember how she always wanted to be queen?

The lone wolf dies, but the pack SURVIVES. #GOTFinale #Got #GameofThrones pic.twitter.com/aA4GkoBMoI

The show started with the starks and ended with the Starks. We wouldn’t have had it any other way!

15. No more of that goddamn throne!

Drogon's acting was so real! Only thing that felt real in this episode tbh#GameOfThrones pic.twitter.com/BsbFGMhtxX

The root of problems, the Iron Throne, met its gruesome end and was melted to the ground after Drogon went full-on dracarys on it!

And now, our watch has finally ended.