Everyone who owns a smartphone knows what WhatsApp is. And those who’ve used WhatsApp are familiar with the ticks below individual texts and what their colour means. A single grey tick denotes that a message has been sent. Two grey ticks signify that the recipient has received it and lastly, two blue ones mean that the receiver has “read” the sender’s message. 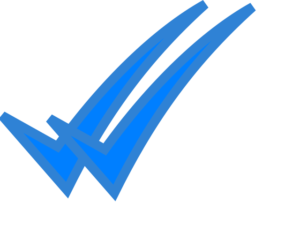 Instagram displays the word “Seen” when the DM is read and iMessage gives iPhone users the option to turn on “read receipts” and then displays the word “Read” along with a time stamp. This feature is both a boon and a bane. But how would you feel if someone directly asks you to turn it on?

33-year-old Eric Dimitratos who is the Director of Digital MTV and a resident of New York faced an unusual situation recently. A guy he went on a date with actually sent him the steps to turn on read receipts. Needless to say, he was flabbergasted at the breach of privacy.

*Goes on first date, scared he’ll ghost but instead gets this text* pic.twitter.com/3horiipUv9

The post resonated with so many netizens that it garnered 20,000 likes and 1,700 retweets. It also sparked a discussion on how wrong this request was with most people declaring it a clear red flag.

Eric’s situation was met with some words of wisdom and advice with creative replies, take a look.

Don’t worry, there won’t be anything else to read ✌🏼

3. The stuff of nightmares

This is horror film dating

4. That is some good advice

RUN as far and fast as possible ….

I have read receipts off even for my spouse's messages. NO ONE has need to see a read receipt.

That is some controlling cray-cray.

Yeah, instead, go to Contacts > His name > scroll down > tap "Block this Caller."

Would you turn on read receipts for a date? Or would that scare you and make you uncomfortable? Tell us.