Ratan Tata is not just a business magnate leading one of the biggest companies in the world. He is also a philanthropist, a visionary, and a humble soul who has touched millions of lives. And one such person is Sanjiv Kaul who thinks that he is a patriot too.

Kaul who is a partner at ‘ChrysCapital’ recently took a trip down memory lane and shared how the chairman of Tata Trusts helped him set up his startup.

Taking to LinkedIn, Kaul narrated how his interaction with ‘The Patriot’ Ratan Tata on board a flight changed his life for good.

“The year was 2004 and I was traveling seated 2F on an evening Jet Airways flight from Mumbai to Delhi. My meeting for seeking investment for an innovative startup earlier that day with a large industrial house had not gone well and I was a bit down and out. The flight was still boarding and I was going through my PowerPoint presentation on my laptop trying to figure out what could have possibly gone wrong.
Suddenly there was a hush silence and I could sense a gentleman settling down on seat 2D next to me. I looked up and immediately recognized Mr. Tata. My heart skipped a beat conscious of this legendary figure sitting next to me. But soon I returned my focus to the failed PowerPoint.”

While having his meal, Kaul clumsily spilled a glass full of orange juice on himself. Being a people person, Tata immediately reached out with his napkin and helped him clean up to the extent possible.

“I was quite touched and thanked him profusely. But the story doesn’t end there. A few minutes later after the meal, I returned my attention to the PowerPoint and felt a deep sense of loss with tears swelling up. Mr. Tata noticed my moist eyes and asked me what was wrong. I couldn’t help but open up to those sympathetic eyes by stating that India was about to lose the top 2 scientists who wanted to create India’s first pharmaceutical R&D company. He asked me how come and I shared with him details of Advinus Therapeutics and the 2 brilliant co-founders Rashmi Barbhaiya and Kasim Mookhtiar. I concluded by saying that I was at the end of my tether as I had exhausted all options and these 2 fine scientists were all set to return to the US over the weekend in spite of my best efforts.”

On hearing his dilemma, Tata took Kaul’s number and assured him that someone from the Tatas would call him soon. He was soon called and after a brief discussion, Tata decided to give him a chance. The rest, as they say, is history.

“At 9 pm the same evening, I get a call from a general manager of Tatas whether I could come along with the 2 Advinus scientists the next day to Bombay House for a discussion with the senior leadership of Tatas.
Rest is history, we went to Mumbai, we made a presentation to the Tata Board and TATA Advinus was the green lightest. All because one man truly believed instinctively that the 2 scientists needed to be given a break in India. The scientists stayed back for over a decade and Mr. Tata, the Patriot helped stopped the brain drain. In fact, Advinus over the decade was able to attract almost 50 more top scientists from worldwide leading research institutions into Advinus. I am not surprised that in his post-Tata phase, he has immersed himself in cutting-edge technology startups.” 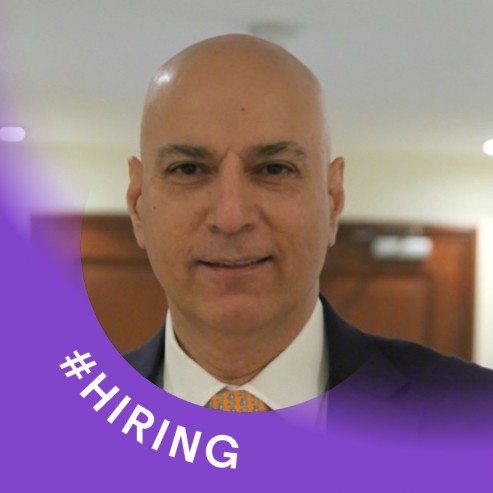 Ratan Tata’s kind gesture and Kaul’s story moved many online. This is how they reacted:

This incident speaks volumes of the kind of person Ratan Tata is. We are fortunate to have a role model like him.