A couple of days ago when Ranveer Singh posted his nude pics from one of his latest photoshoots, the internet went wild.

People only used 🔥 to describe him and praised him for being ahead of our time. 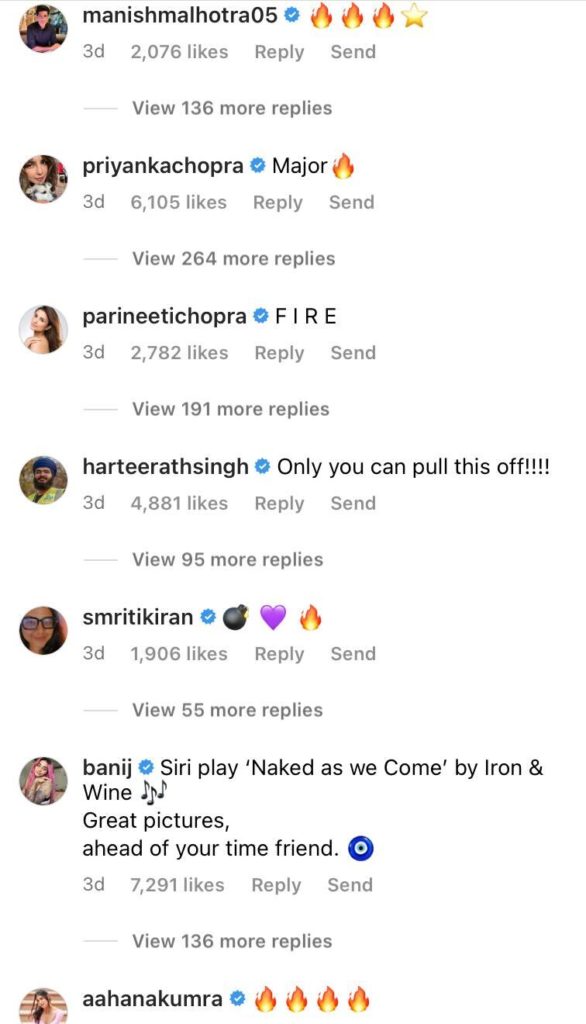 While his pictures were worth all the praise, Indian actor and politician Mimi Chakraborty raised a very valid question. She asked whether people would be this appreciative and welcoming if a woman went this lane?

If you think that society isn’t a hypocrite and men and women are seen from the same point of view then you must look at this post.

An Instagram account dug out an old picture of Bollywood actor Esha Gupta in a bikini and placed it alongside Ranveer’s nude pic. It went on to take the screengrab of the comments that were under both their posts.

While Ranveer was addressed as ‘GOAT’, and ‘trendsetter’ in the comments section, people online went on to pen some lewd comments under Esha’s post. Take a look:

Did you see the hypocrisy ya zoom in kar k dikhau?

Clearly, women are far from being lauded and being treated the same way as men. Slut shaming, bullying, sexual exploitation, and harassment are some things they are served with as opposed to men pulling the same act.

When people online saw this sexist behavior towards women, this is what they said: 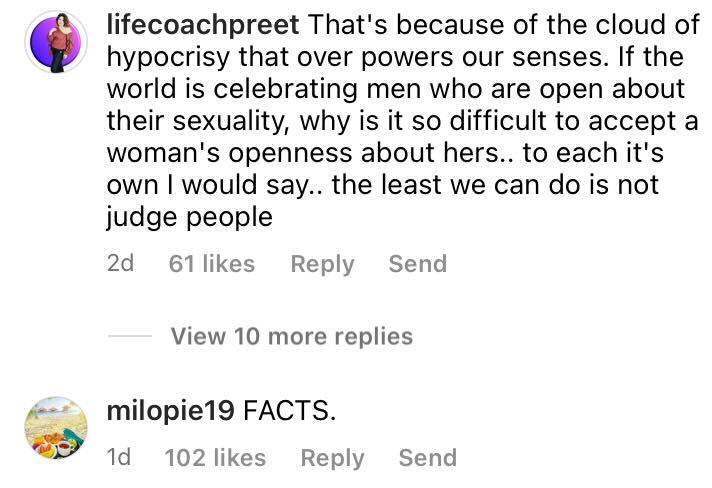 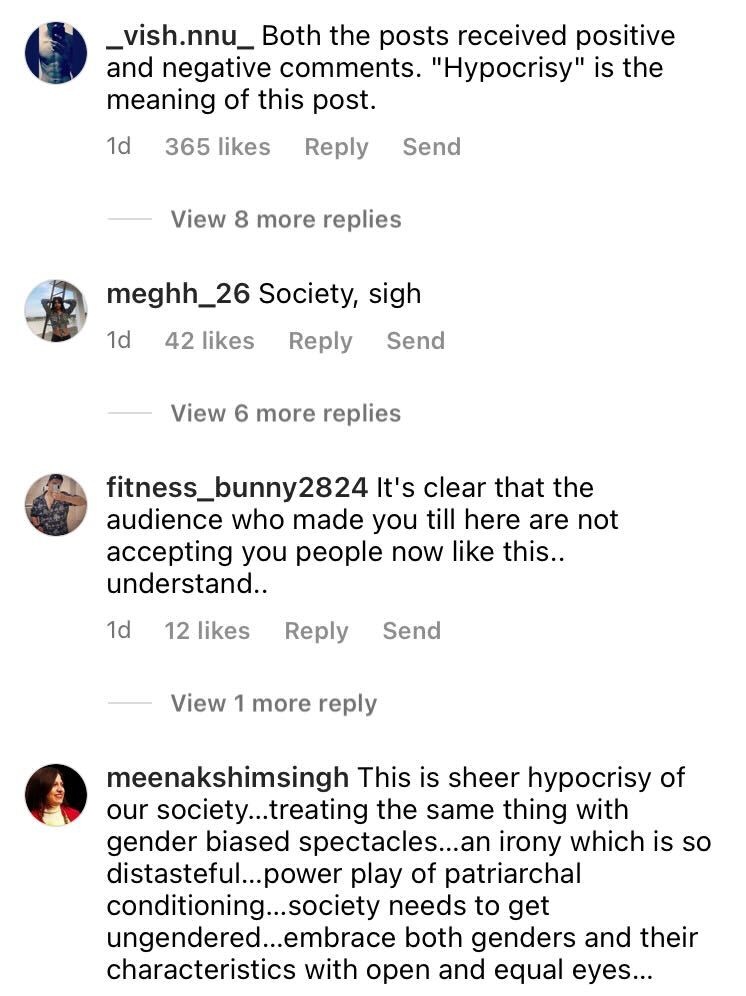 For those who think that society is fair and feminists just make things even more complicated, I just want to leave you with this. Think about it!