11 Clever Connections In The Movies Of Hollywood Director- Quentin Tarantino

It wouldn’t be an exaggeration to say that the badass Hollywood director, Quentin Tarantino’s movie universe is intricate and expansive. His movies possess hidden connections and details that the non-movie buffs can easily fail at recognising, like:

1. All his movies have a scene in which 3 or more characters point guns at each other at the same time.

2. He uses aliases in almost, all his movies.

3. Vic Vega of Reservoir Dogs and Vincent Vega of Pulp Fiction were brothers 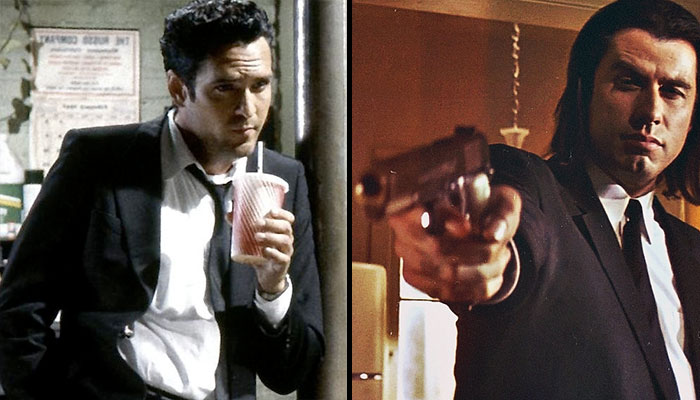 Now, the viewers don’t get to know the real names of all the characters of Reservoir Dogs, but, eventually, it is revealed that Mr. Blonde is actually Mr. Vic Vega. Tarantino established a connection between this movie and Pulp Fiction through his character Vincent Vega. Later on, Tarantino even confirmed that the two characters were actually brothers and that, he had even planned a prequel starring the siblings before their respective movies came out.

4. This fight between O-Ren Ishii and the Bride was timed accurately according to the dialogue of O-Ren Ishii

In Kill Vol. 1, O-Ren Ishii threatens the Bride saying, “I hope you saved your energy. If you haven’t you may not last five minutes,” and guess what, the Bride takes exactly 4 minutes nd 59 seconds to chop O-Ren’s scalp off.

5. The Big Kahuna Burger in his movies

One of the most notable scenes from Pulp Fiction has to be where Jules takes a good bite of the Kahuna burger. That time, it seemed like some kind of product placement, but actually, the Kahuna burger is a running theme in most of Tarantino’s movies. It can be seen in Reservoir Dogs when Mr. Blonde enters the film’s central warehouse and also in From Dusk till Dawn.

6. Another fake brand, the Red Apple too makes frequent appearances 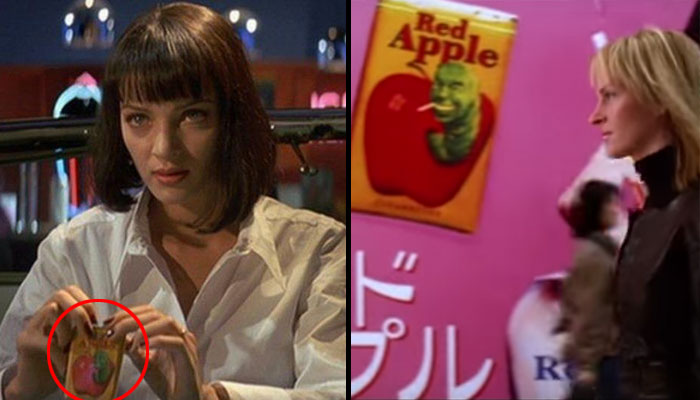 7. The scene in which the Bride meets with Esteban Vihaio in Kill Bill Vol. 2 was shot in a brothel, and the women behind are no extras but real prostitutes that worked at that brothel.

8. Most of his movies have Dutch elements added to them

When Mr. Orange is shot in the beginning of Reservoir Dogs, he needs immediate medical attention (not of the doctor, for obvious reasons). Nice Guy Eddie mentions that Bonnie (a nurse) may prove helpful. In Pulp Fiction, the character Jimmy (played by Tarantino) himself too has a nurse-wife called Bonnie. Considering the crazy connections between the movie, this doesn’t merely seem a coincidence.

10. The mention of Alabama character in Reservoir Dogs and True Romance

In Reservoir Dogs, Joe Cabot gives glimpses of Mr. White’s backstory saying that he once had a partner named Alabama whom he hasn’t worked with for years. True Romance introduces a character Alabama, thus establishing yet another crazy connection as this Alabama was supposed to be the same accomplice Mr. White can be seen speaking of in Reservoir Dogs.

11. The Dimmick brothers in Reservoir Dogs and Pulp Fiction 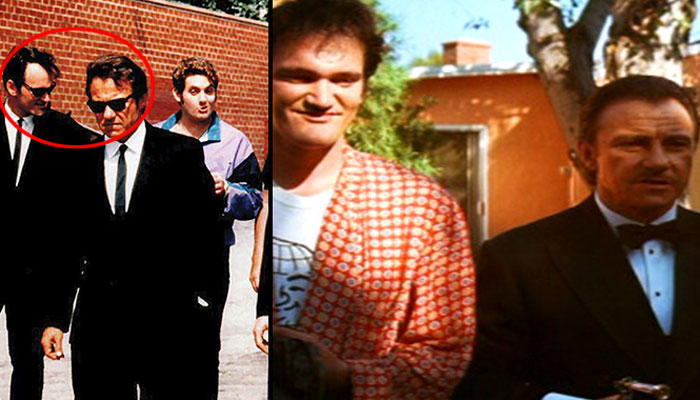 These are just a few of many clever movie connections present in the crazy-at-its-best universe of Quentin Tarantino.