You might have heard about the Manusmriti – one of the ancient texts of our country in which sages, centuries ago, wrote down their ideas on how society should function. In one of its chapters, it is mentioned that a woman is protected by her father in her childhood, her husband in her youth and her son in her old age. It further explicitly mentions that a woman is “never fit for independence”. As this way of thinking has trickled down through the ages, women, even successful ones, are often identified in connection to their husbands, fathers, or sons.

Priyanka Chopra recently lost her cool after a publication addressed her as “wife of Nick Jonas” while talking about her new film Matrix Resurrections.

Taking to Instagram Stories, the actor writes, “Very interesting that I’m promoting one of the most iconic film franchises of all time and I’m still referenced as ‘the wife of…”

She further went on to add, “Please explain how this still happens to women? Should I add my IMDb link to my bio?”

Have a look at her story here: 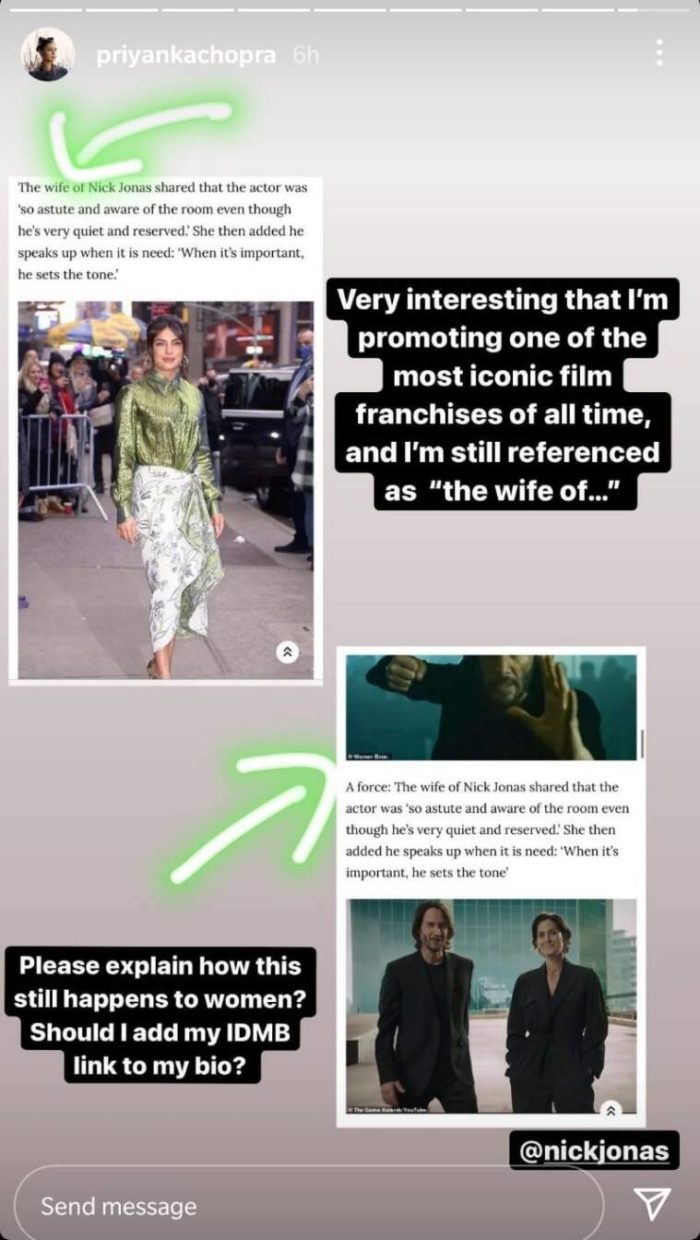 According to The Indian Express, Priyanka Chopra, in the past, stood up for her friend and Duchess of Sussex, Meghan Markle, during an interview when the latter was called “Prince Harry’s girlfriend” by the talk show host. She had subtly reminded the host that Markle was a successful actor.

“Also, Meghan Markle, actress, ‘Suits,’ her achievements!” she had said.

When you address a woman as “the wife of” or the “daughter off”, you are basically robbing her off her own identity. We have been robbed off our identities for centuries. Not anymore.