Yesterday, Indian athlete Priya Mallik bagged a gold medal at the 2021 World Cadet Wrestling Championship in Budapest and garnered praise from all over the nation. However, while congratulating her, some Bollywood celebrities confused her win for Tokyo Olympics victory.

Actress Bhumi Pednekar shared an Instagram story with Priya’s picture of her victory moment. She mistakenly tagged ‘#tokyoolympics #olympics2021’ while congratulating her. 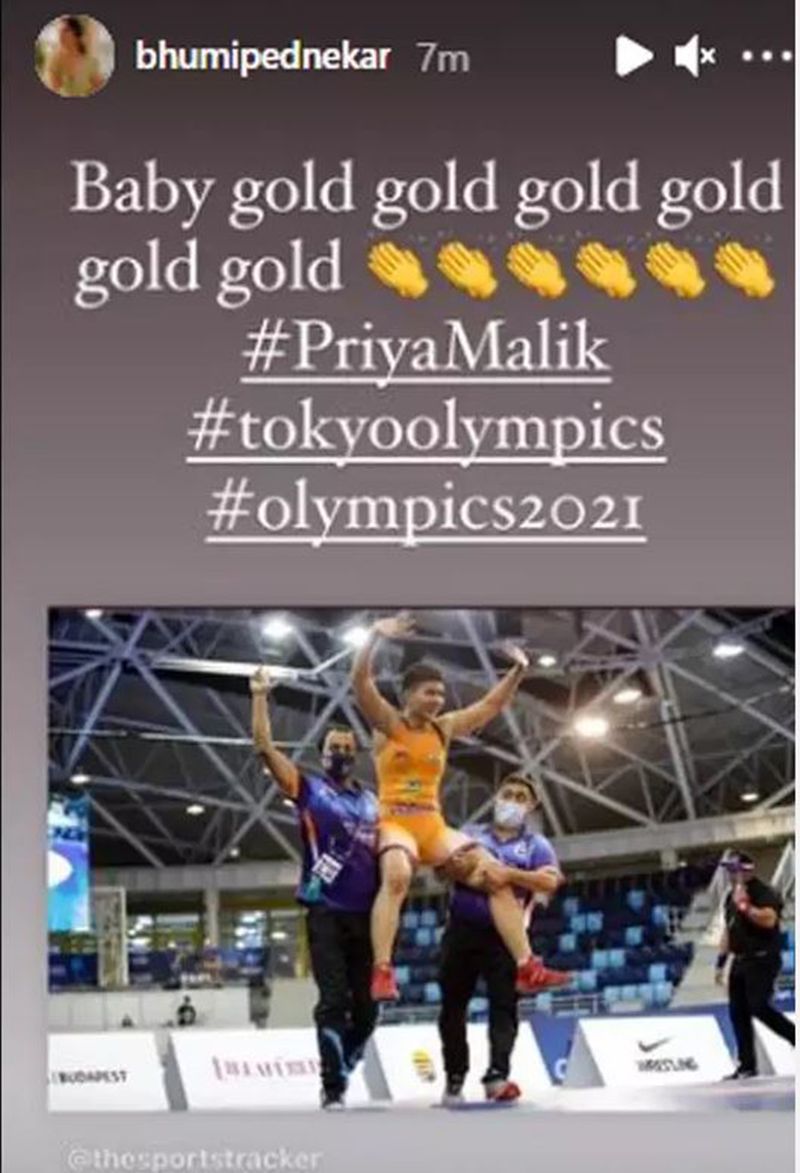 Desi junta were quick to point out the error in his tweet:

Double- check whether it is Tokyo Olympics or World Wrestling championship .. pic.twitter.com/aTKKu5hsn6

Can feel your excitement @milindrunning but since you are influential person it will be a wrong information to many of your followers. Anyways, “To err is human”

when you read news while running.

After the flurry of tweets barraged his way, Milind apologised but also refused to delete his tweet with the mistake:

Sorry, should have checked before my earlier tweet, but was too overcome with joy 😄 Priya Malik won Gold at the World wrestling Championships ! Onwards and upwards 👏👏👏👏👏🙂

I know now, still happy 🙂 and I won't delete the tweet, sometimes its ok to make a mistake 🤪

Yes, I should have checked 🙂

Apart from them, actor Vatsal Seth also shared a picture of Priya and hailed her for her victory, but again for the wrong championship:

He too received backlash for the same:

This is world wrestling championship not Olympic.

Soon enough, he also corrected himself and shared a quote tweet:

Sorry not Olympics … but we are still super proud of you 👏🏼 🥇🇮🇳 https://t.co/nUT9PN9YyJ

Previously, Tisca Chopra was also slammed for posting an Indonesian athlete’s picture to congratulate Mirabai Chanu. What do you think of these celebrity gaffes? Tell us.