Whenever we think about jails, we immediately imagine a person in a tiny dark cell who has no freedom to move. Well, there are few exceptions like the paradise-like prison in Mexico or inmates having a jolly time in Tihar jail.

The latest addition to such exceptional prisons is a police station in Tamil Nadu. A man identified just as Logeshwaran S – posted a review of the Thirumullaivoyal T10 Police Station in Chennai on Google Maps, reports Indian Express. Written like a typical hotel review, the man claims to be a ‘local guide’, who was detained around midnight for riding a two-wheeler without proper documents.

Ok. I understand that #ratings and reviews are a great thing for restaurants, places of interest, experiences.
But @Google , posting reviews about a police station jail lockup is taking the idea of reviews a bit too far!
What do you all think?
😂😃😂 pic.twitter.com/lHekzuXVKo

He gave the prison a 4-star, mentioning how it was clean and conveniently located on the main road. He also said that he faced no harassment and the officers were very kind to him.

It's a must visit destination…

Too much. Regular offenders would love to see these ratings, I mean they will decide which area police station lock up they prefer 😂😂😂😂😂😂

"must visiting place of ur lyf"😂

This also prompted others to go on Google Maps and give their own reviews of the police station: 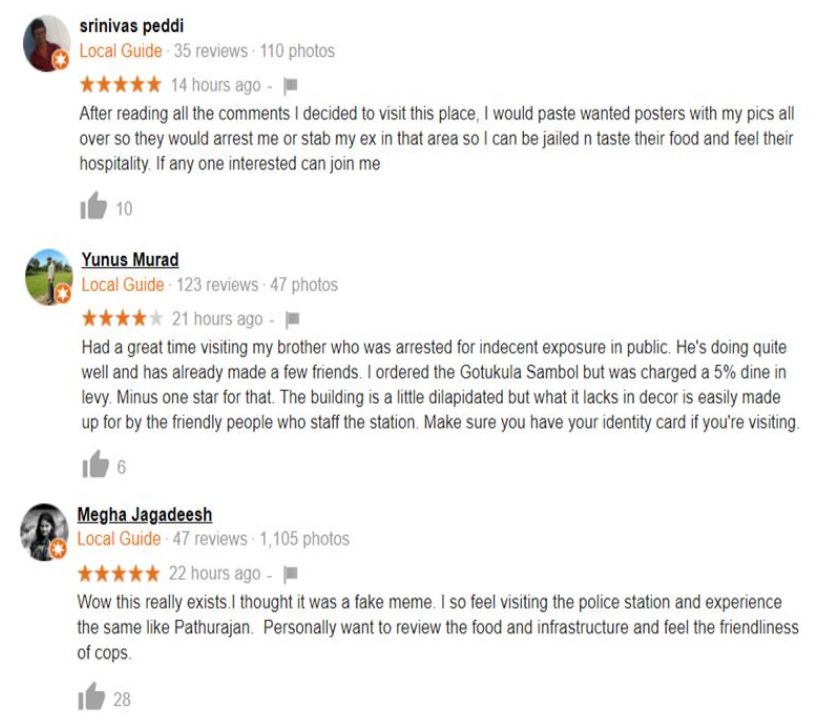 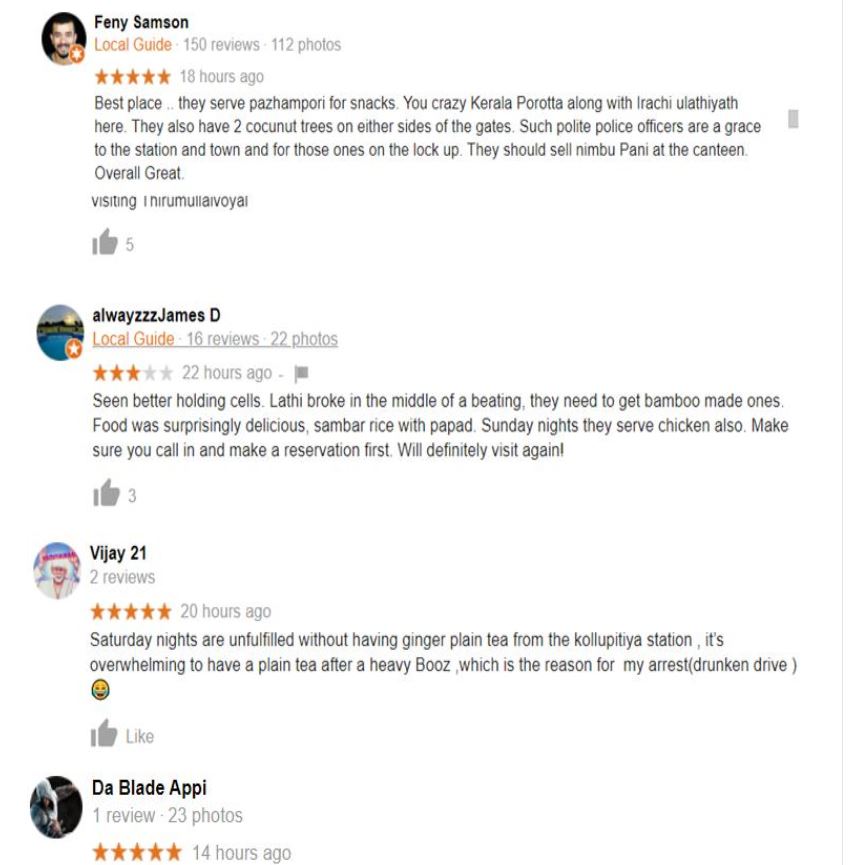 However, the review is very similar to a trend that was seen in Sri Lanka. A man called Wijesekara Pathurjan from Colombo had previously shared a google review of the Kollupitiya Police Station. His review, that explained how he was treated at the police station was packed with fun and sarcasm, reports India Today. He had overall rated the experience as nice and pleasant.

Reviews always matter. Pls take out time and update them on @googlemaps pic.twitter.com/AlsDSznuUL

Important thing, at the end did he recommends it to others??😂😂

Prisons aren’t that bad after all, are they?