65 YO Jharkhand Principal Raped A 7 YO Girl Defends Himself. Says, ‘It Wasn’t A Big Mistake’

Innocent children have become the new soft target for monsters who take advantage of their innocence and subject them to the trauma of sexual assault. Schools are supposed to be a safe haven for children where they can feel at ease and learn to form their own identity as they grow up.

But the recent developments have led us to believe that the very teachers who are supposed to protect our children cannot be trusted. After the rape of the 4-year-old in Kolkata and the outrageous defence by teachers regarding the case, another incident has come to the fore which has left us seething in anger.

The incident occurred on November 29 when a 65-year-old school Principal assaulted a 7-year-old student of upper KG in Koderma district, in Jharkhand. He took the child to the washroom where he stripped her, touched her inappropriately and made her perform oral sex on him. 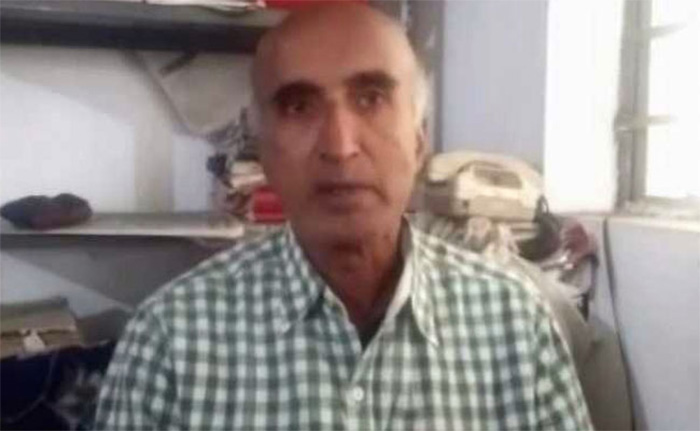 Image SourceHe also appeased her with money telling her not to report it to anyone. The matter came to light after the child told her parents about the incident on November 1, Friday. The parents of the child wasted no time to report the incident to the police who arrested the principal.

As reported by NDTV, the Principal, S Xavier was arrested and produced before the media by the police where he admitted to assaulting the girl but defended himself saying that it wasn’t “such a big mistake”.

The accused also admitted to abusing the girl on several occasions as reported by Hindustan Times. He said,

“Yes, I did, but it wasn’t such a big mistake. There was no sexual intercourse. Let me be frank, I could not even have done it, I’m old now. It was an accident.”

The accused who has been sent to jail for 15 days also cited “stress” and health reasons as a trigger to defend himself and further added,

“I am under a lot of stress. My work is not going well. I have heart trouble. I can’t sleep at night sometimes. I have insomnia.”

A case has been registered against the accused under various sections of Protection of Children from Sexual Offences Act (POCSO) of the IPC. A medical test has been conducted on the child, the results of which are awaited by the police.

The fact that a predator has the audacity to defend himself after committing such a horrible crime boils our blood. We hope justice is neither delayed nor denied in this case.