Sanjay Leela Bhansali is known to create magnum opuses with gorgeous sets, a stellar cast, hard-hitting dialogues and an overall visual spectacle that goes down in history. But what gives Bhansali’s film life is the story and the writer of his stories is Prakash Kapadia.

Mr Prakash Kapadia is the writer of Devdas, Black, Saawariya, Padmavat, Bajirao Mastani and Gangubai Kathiawadi, among others. He is the one who creates the magic with his words. Hence, it can be said that he has worked closely with actors like Amitabh Bachchan, Shahrukh Khan, and Ranveer Singh.

In an interview with Rediff, he made a very interesting comparison between Shahrukh Khan and Ranveer Singh and said that SRK during Devdas was a lot like how Ranveer is today.

He revealed that when Ranveer is on set, the atmosphere is lively and one doesn’t feel the pressure.

“Ranveer Singh is very lively on the sets. You don’t feel the pressure when he’s there. Normally, sets have an intense atmosphere, with everyone running about and shouting. Writing on the sets is not easy. But Ranveer lightens the atmosphere. His working style is different. He shuts himself in a room to understand to get into the skin of the character. When I narrate a script to the actor, I don’t want anyone in the room. Sanjaybhai gives me that freedom. I can narrate to the star and then he comes inside the room once it is done. When I first narrated a script to Ranveer for 135 minutes, I asked him how he liked it. He said, let’s not talk, just sit in this room. He wanted to absorb everything he heard. He said, ‘Bahar jaaoonga toh mein bikhar jaaoonga, so let me absorb everything.'”

The same was the case with SRK, who was the “life” of the set. 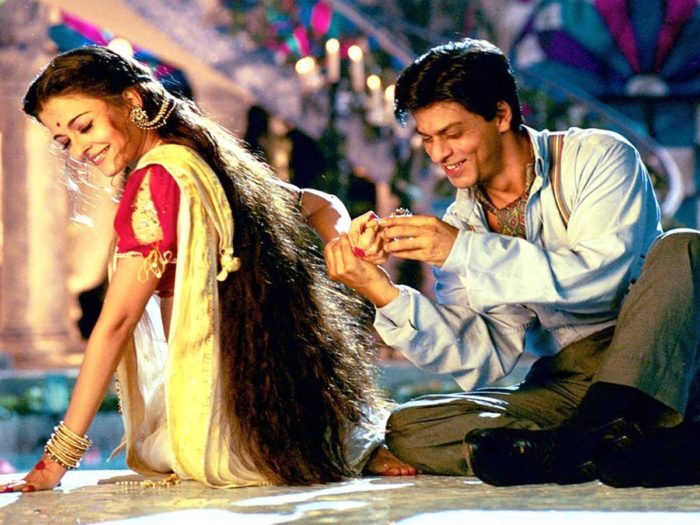 “Shah Rukh Khan was the life on the sets. He brought energy on the sets. He was what Ranveer Singh is like today. He likes story, drama, huge sets and grandeur, which I was bringing to the film. After the day’s shoot, he would ask me, ‘Kal ka scene kya hai?‘ and would make me narrate it and do a rehearsal. I would love that.”

Who would have thought?!