Indian cities have finally started taking plastic pollution seriously! The government is looking for both potential and creative ways to curb plastic pollution. While Pune has been working on converting plastic into poly-fuel since a couple of years, Chennai MMC, recently decided to levy hefty fines on people using banned plastic in the city. Taking the initiative ahead after Jamshedpur is Lucknow.

The city has successfully managed to build a road with plastic waste! How amazing is that! 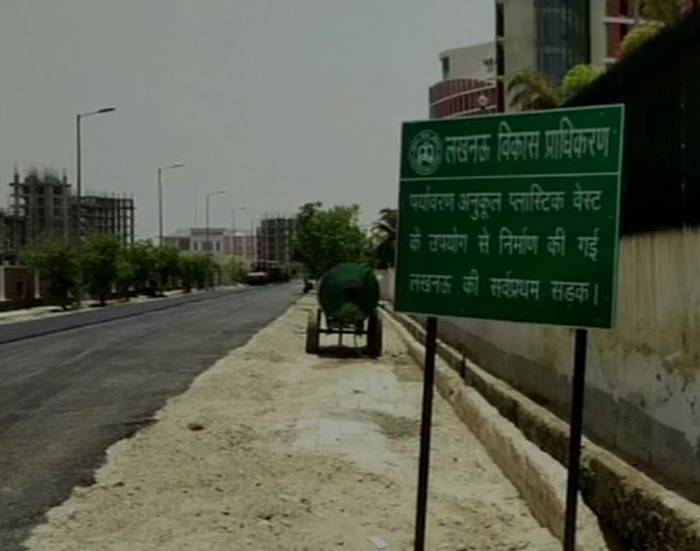 As per reports, the Lucknow Development Authority (LDA) will construct the road from Gomti Nagar Police Station to IIM Lucknow.

Chief Engineer Indushekhar Singh said, “Mixing plastic waste increases roads’ durability by 40-50 percent, they will be durable for a longer time. Around 8-10 percent of plastic waste is being mixed in coal tar,” reports India Today.

Singh assured that LDA will do more research on the use of plastic in making roads in the coming years to know if there can be some improvement.

The initiative has received an overwhelming response from the netizens.

Let this be followed all over India.Menace of plastic will reduce.Roads will be durable.

@AmdavadAMC @vnehra @ipsvipul_
Thought provoking
Since our roads are terrible…
Numerous complaints from my side only regarding negligent contractors and poor quality of roads.

Many Indian cities are also following Lucknow’s steps in this environment-friendly experiment.

We hope our government comes up with more such creative ideas to control plastic pollution!