People are having a love-hate relationship with Ayan Mukerji’s directorial movie ‘Brahmastra Part One: Shiva’. While some are calling the movie a disaster, others are calling it a visual masterpiece. Alia Bhatt who stars in the leading role was also slammed.

But after watching the movie, everyone is talking about Shah Rukh Khan‘s spectacular cameo in the movie as Mohan Bhargav. 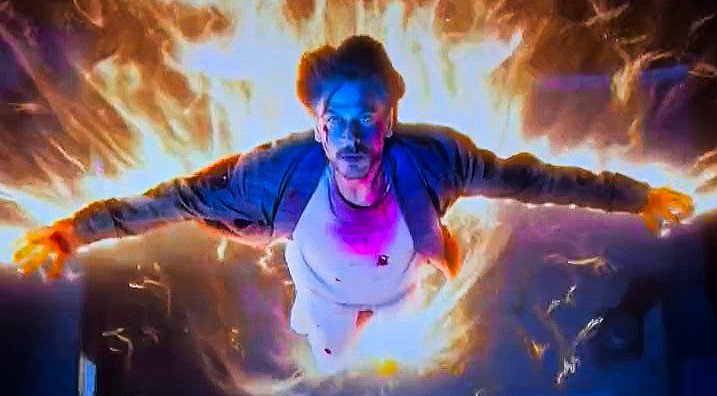 They thought he stole the show in the movie.

From finding happiness and peace in #Swades to becoming the part of Bhramanch in #brahmāstra Mohan Bhargav has seen a lot. #srk#BrahmastraReview pic.twitter.com/kAVWel136O

#Brahmastra
Its new concept in the Indian cinema.
Small part of a big vision.
Completely engaging, outstanding bgm, visual extravaganza, just go and watch. There's so much to experience.#SRK as #Vanarastra Is The Best Part In The Film ❤️‍🔥🫶#BrahmastraReview ⭐⭐⭐⭐✨ pic.twitter.com/A3yR1vDIRk

Unarguably the BEST SHOT ever of Indian cinema! @iamsrk and his #Vanarastra in #AyanMukerji’s #Brahmastra pic.twitter.com/ofyKBCTpHC

The Best thing of #Brahmastra    is the extended cameo of #ShahRukhKhan
Very cool and energetic as a #Vanarastra
Performed like a Genius
Surely deserved atleast a decent role in Next part of #BrahmastraMovie
The Story of Dev pic.twitter.com/FCsvTxoXCd

They liked him so much that his fans have started a petition on Change.org demanding a spin-off with SRK as its lead. As of now 2,419 have signed the petition.

This is what people who signed the petition commented on the post.

So many reasons to watch the movie. Have you watched it yet?