While winters and snowfall might be fairy-tale like for some, many in Jammu and Kashmir are facing a crisis. J&K is battling increasing snowfall as cold waves intensify and it has troubled the daily lives of the locals.

Recently, a worrisome incident has been reported from North Kashmir where a pregnant woman had to be carried to the hospital because the ambulance couldn’t reach her. Roads are blocked and overall mobility has been compromised. 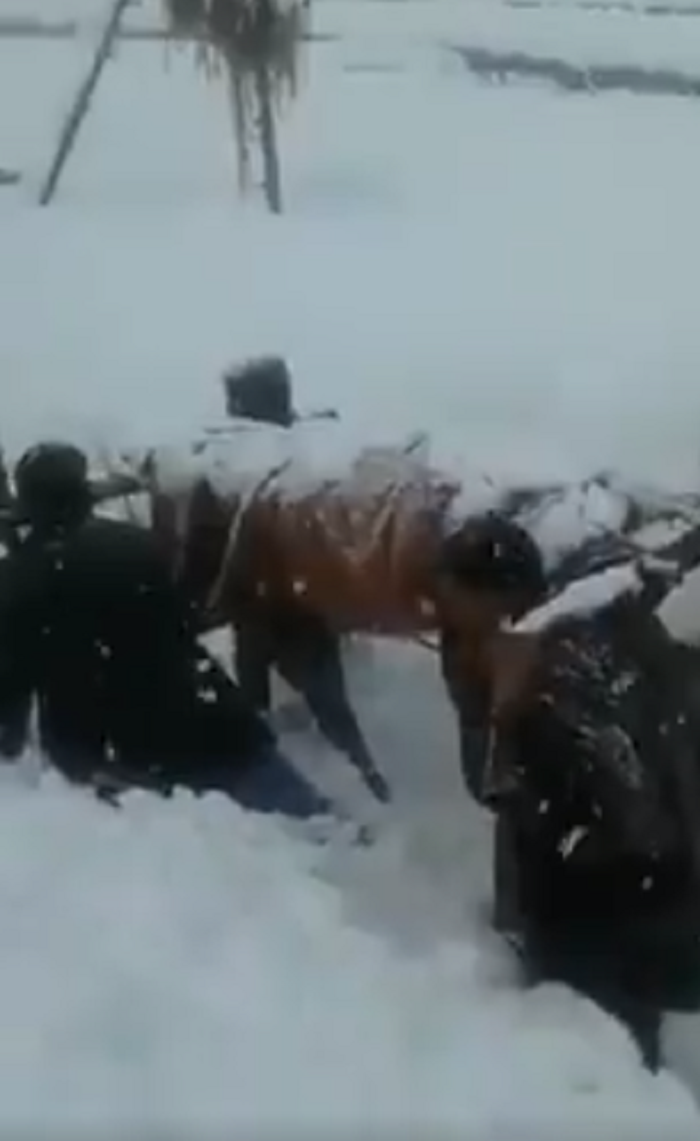 A user took on Twitter to upload a video showing several men carrying the woman on a stretcher over their shoulders. They are seen walking on knee-deep snow.

According to the post, an ambulance that was sent for the woman could only go as far as the nearby Audora village, as the roads beyond that were closed because of the snow.

Reports suggest that Kashmir has witnessed the harshest 40-day winter which ended in January 31st. They are now going through a period called ‘Chillai Khurd’ or “small cold” which will carry on for the next 20 days.

Humanity reveals itself in the toughest of times!