If you frequently travel via trains then you would know that delayed trains, especially during monsoons and winters, are a constant occurrence.

But still, waiting patiently for your train to arrive even for a couple of minutes is a buzz kill. Imagine sitting in the station for close to nine hours that too at night in this cold weather. I would be annoyed AF!

This is precisely what happened with the passengers traveling via train number 11100 which runs from Madgaon (the capital of Goa) to Lokmanya Tilak Terminus (LTT) railway station in Mumbai.

Taking to Twitter, a user named Hardik Bonthu, who was also traveling via the train, shared a video of how his co-passengers reacted when the train finally graced Thivim Station after a wait of 9 long hours. 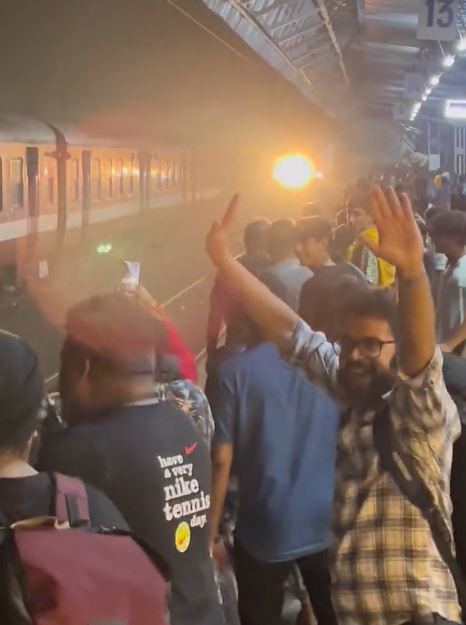 The video that has now gone viral shows people diligently looking at the train track, trying to determine from the light coming from the other end, if that’s their train or not.

Moments later when they realized it’s the one they were waiting for, a group of men broke into a celebratory dance to observe the arrival of the train. 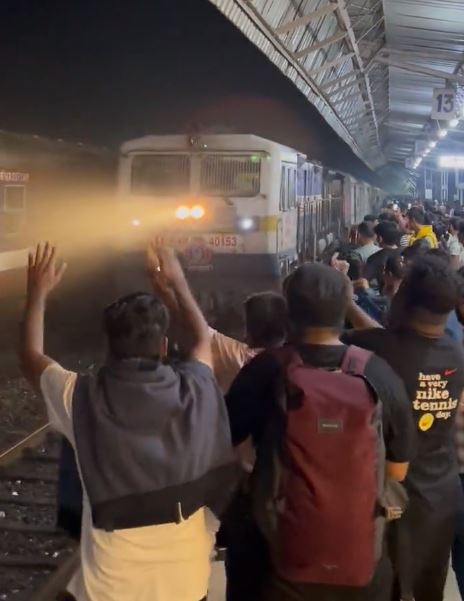 Look at how ecstatic they were on seeing the train. Seems like they won the lottery.

Our train got late by 9 hours. This is how people reacted when it arrived. pic.twitter.com/8jteVaA3iX

People online lauded the patience of the passengers for waiting for the train for so long. Some even mocked the Indian Railways for being incompetent.

So rare this days that train is late this much hours, you have lot of patience 😁

This is normal in India. Aise desh hai mera…

It’s so fun and funny at the same time. At least they were jovial

Someone in the comments section informed that the train, (11100) Madgaon-Mumbai LTT Express, was supposed to arrive at Thivim Station at around 12:54 PM.

Probably these guys had a relaxing and stress-free vacation in Goa. It’s the only explanation for their calm behavior in this situation. This is the charm of Goa. 😂