Actor Parvathy Gets Rape Threats For Slamming Mammootty’s Derogatory Film Scene. This Is 2017?

Despite living in the 21st century, where women are now breaking all glass ceilings and are at par with their male counterparts in every walk of life, their voices are still silenced. They are robbed of their modesty and dignity if they speak up and even if they don’t.

It is not always a physical or sexual, sometimes the harassment is mental too. When Bollywood actress Richa Chadha spoke about the sexual harassment in the industry, she was questioned on why she never takes names. When Kangana Ranaut spoke about her ordeal, she was labelled to be “crazy” by some men in the industry. 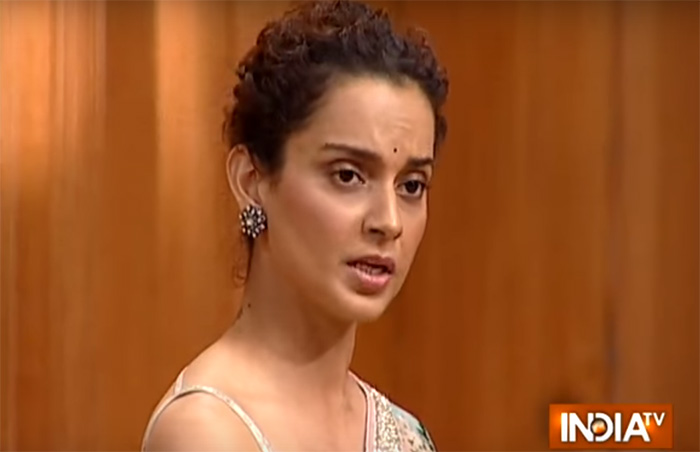 If these weren’t enough, it is now a popular South Indian actress, Parvathy, who is facing the wrath of our regressive society for simply voicing her opinions on a film’s dialogues.

When you learn to thrive in love, nothing can get you down! 👻 #thatannoyingeveroptimist #yourstruly #stateofmind #afterhoursofwhiningcomespeace Photo courtesy: @santhosh_pattambi

She was recently seen starring opposite Irrfan Khan in a Bollywood movie “Qarib Qarib Single”.

At the recent International Film Festival of Kerala, Parvathy expressed her opinions on Mammootty’s film Kasaba because she found the dialogues to be sexist and misogynist. 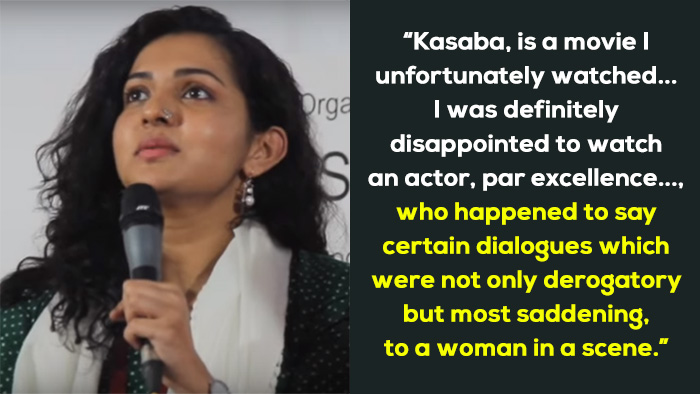 At no point did she criticise any particular person or filmmaker. She simply tried to put her point forth for why it is wrong to use such dialogues in a film. 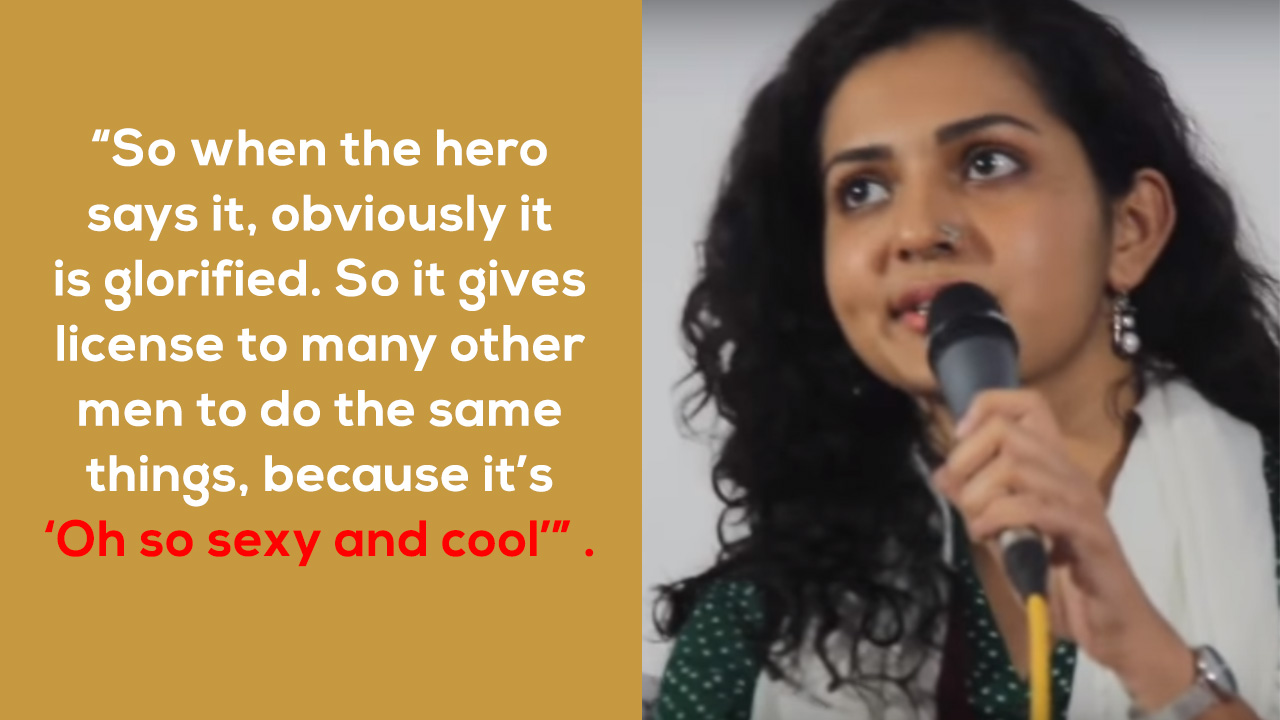 And for these opinions, for simply having a voice, she was trolled by the fans of Mammootty and the movie itself. However, being the brave woman that she is, she single-handedly handled the trolls who kept taking digs at her on Twitter. She posted,

Vanamala vannallo!!! #trolls
Welcome welcome- please kindly take my words out of context, remind me that I'm "just a actress" and curse at me. Here's to your sensitive chauvinistic blind hearts! 🌵Yours- that annoying feminist. pic.twitter.com/HSUMjHXIKg

The dialogue she was referring to was translated by The Indian Express and anyone who reads it will know why Parvathy found it derogatory. 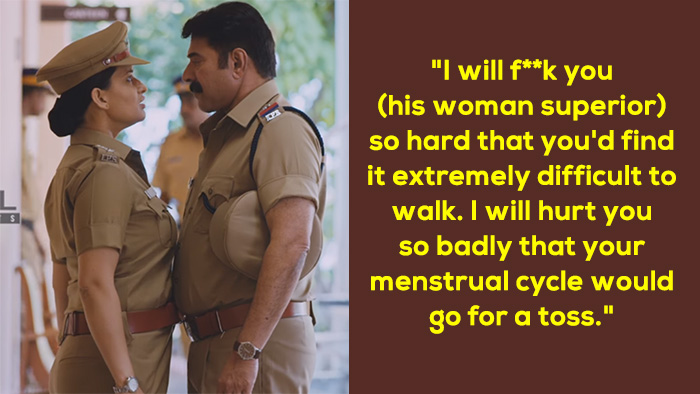 She became a victim of cyber-bullying for expressing her views. She received lewd comments, abusive language, rape threats and death threats JUST for sharing her views. And that is when she decided to take strict action against those bullying her by sitting behind a computer screen.

As per a report by NDTV, the actress said,

“This is now much bigger than me. It’s not about me only. It’s about how women are treated when they respectfully put forward a different opinion. We’ve been silenced for years. I have been in this industry for eleven years and I must thank the fans for their support.”

The Ernakulam police were quick to react to her complaint and a man was arrested from Kerala, in association with the complaint.

A 23 year old man from Thrissur has been arrested by Kerala police under section 67 of IT Act after cyber bullying complaint by actor @parvatweets. For publishing/transmiting obscene material. More have been identified, arrests soon.

Many influential people rose to her defence and support for the online character assassination taking place, on Twitter as well as Facebook.

I haven't see the film but i strongly support @paro_nair's right to express her views on misogyny on our cinema screens without being subjected to rape&death threats. I call on senior male actors in the Malayalam film industry to stand by her &start a public debate on the issue. https://t.co/J0W6avZSwm

Although he tagged the wrong Parvathy by mistake, he quickly corrected his error in a follow-up tweet. But his views remain the same, though.

It seems I tagged the wrong actor Parvathy! If so my apologies to @parvatweets who is apparently the one I should have tagged. My call to male Malayali actors remains https://t.co/qiUIBtZxpV

Even Chinmayi Sripada, who is a playback singer in the South Indian film industry, extended her staunch support.

In a Facebook post, Gopinath Parayil, Chief Executive of The Blue Yonder wrote in great detail about his disappointment regarding this instance. He said,

“Enough has been said about what actor Parvathy’s observation was on the misogyny in Malayalam movies. If at all anyone had discounted her observation with real life vs. reel life angle, those claiming to be Mammootty’s fans have proved her so right. I am not shocked by the filthy, abusive rant and the rape culture of the so-called “aggrieved” fans against Parvathy.”

Amidst all this, Mammootty. who is the lead actor, and also the one who delivered the said dialogue, has been silent. Do we take his silence for him agreeing with his fans’ outrage? Or do we consider it a simple act of indifference?

The most important point to be noticed here is the reason for this backlash that Parvathy is facing. It is all simply a result of her courage to speak up about her thoughts and beliefs on a particular subject.

Are we so regressive in our attitudes that we won’t even let a woman speak her mind? Is patriarchy THAT threatened by a woman exercising her basic fundamental right to speech, that they find it necessary to threaten her with rape or death? I cannot fathom our country and society’s mindset, but whatever it may be, it must change if we wish to make any progress at all.