IIT-Bombay alumnus Parag Agrawal recently took over social media giant Twitter as its CEO. And since then, talented desis are being praised from around the world.

While everyone hilariously celebrated the news of an India-born leading the global giant, there were some who, like the nosy neighborhood aunty, wanted to know, ‘Ye Agrawal ji ka beta kitna kamata hai?’

Desis online went Sherlock on him and started Googling about his personal life, his IIT rank, his wife among other details, reported News18.

Take a look at some of the deets people online wanted to know about the new CEO of Twitter according to Google Trends. Well, not just this, people went all out and started spamming him with bizarre requests. From urging him to verify them on Twitter to tweeting, ‘Parag bhai, account ki reach badha do’, this is what people asked of him.

we want the fleets back

Congrats Parag ji, we just hope for 3 changes from you-
1. Please give us an Edit option while commenting
2. If possible please increase the word limit per comment
3. Try to reduce wokeness on Twitter & just treat everyone fairly as far as use of sensitive language is concerned.

Please Parag, I beg you to give us a free edit option. Make it your first move as Twitter CEO 🙏🏼🙏🏼, speaking on behalf of the world. Congrats!!

Not just this, his wife Vineeta Agarwala was also reportedly flooded with similar requests. 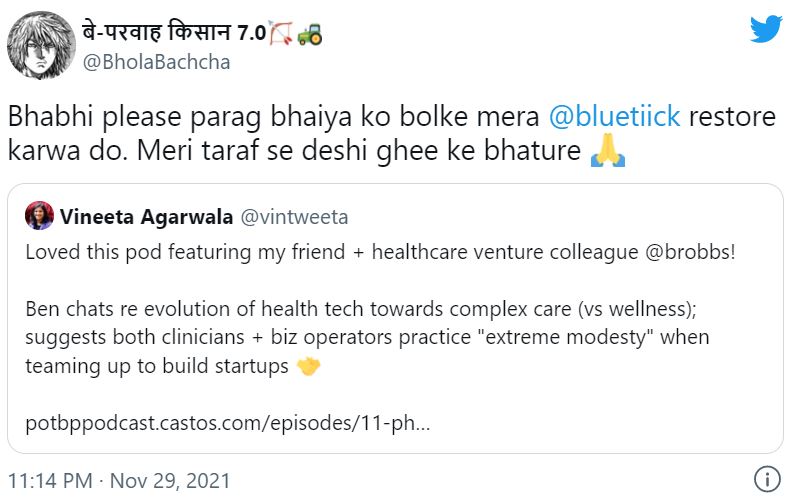 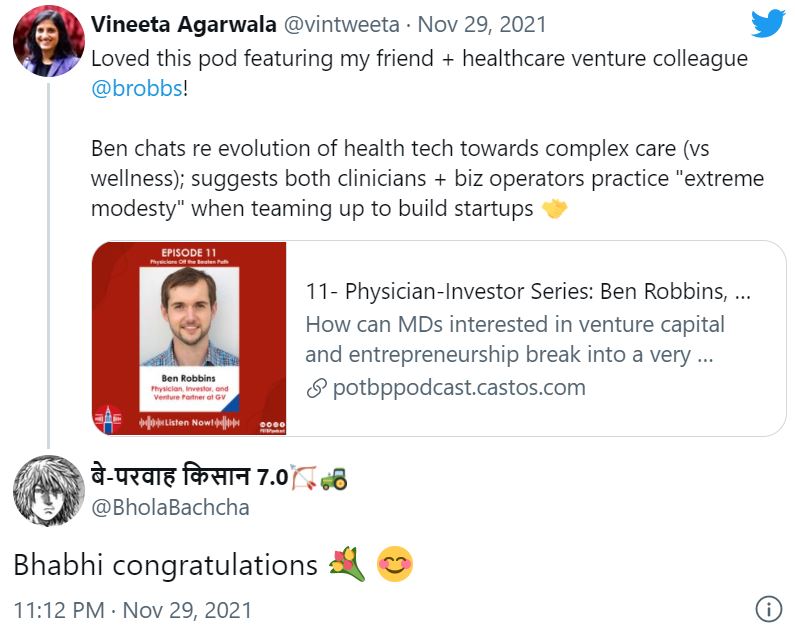 And since Parag is an IIT pass out, the searches for the educational organization also spiked. There were some who also praised the institute:

Congratulations to our alumnus Dr. Parag Agrawal for being appointed the new CEO of Twitter. Dr. Agrawal obtained his https://t.co/KI2VMHsUbi. degree in Computer Science and Engineering from IIT Bombay in 2005. He started working at Twitter in 2011 & became the CTO in 2017.#iitb pic.twitter.com/A0yt37pfUR

IIT( Indian Institute of Technology) is giving global CEO's, it's surely one of the best thing happens to our country! @iitbombay #TwitterCEO https://t.co/tfakR6EeuE

Laying the foundation of IIT Bombay, the alumni of this prestigious institution are making India proud. pic.twitter.com/BsyaTkVdno

All you jigyasu people, the 37-year-old Agrawal secured 77th rank in the IIT entrance examination. As reported by Business Standard, Agrawal will receive an annual salary of $1 million (Rs 7,51,21,000 approx.) in addition to bonuses, restricted stock units, and performance-based stock units.

Clearly, we desis have that quintessential padosi aunty hidden in us who wants to know all the deets about the brilliant child in the colony. LOL!