Not Abroad, Pankaj Tripathi Goes To His Village For Vacation, Bathes In Tubewell

Before establishing himself as one of the finest Indian actors, Pankaj Tripathi used to work at a farm with his father and also took menial jobs while trying his luck in theatre and acting.

Born in Balsand, a village in the Gopalganj District of Bihar, Tripathi is deeply rooted in his culture and traditions and his witty captions in Hindi to his family pictures are proof. He prefers celebrating a close-knit Holi samahroh rather than being part of Bollywood’s glitzy Holi parties.

The ‘Gangs of Wasseypur’ actor hasn’t yet cut his cords with his village. In fact, he often turns to his gaon whenever he feels like it.

Unlike several celebs who decide to venture out of the country to celebrate a peaceful holiday, Tripathi decided to drive into rural India, to his birthplace for a desi vacation.

Recently, the actor went to his village in the Gopalganj district to unwind and refresh his bond with his village after a gap of five months. In a video that’s now going viral, he can be seen making Bihar’s famous dish Litti-Chokha along with his friends. 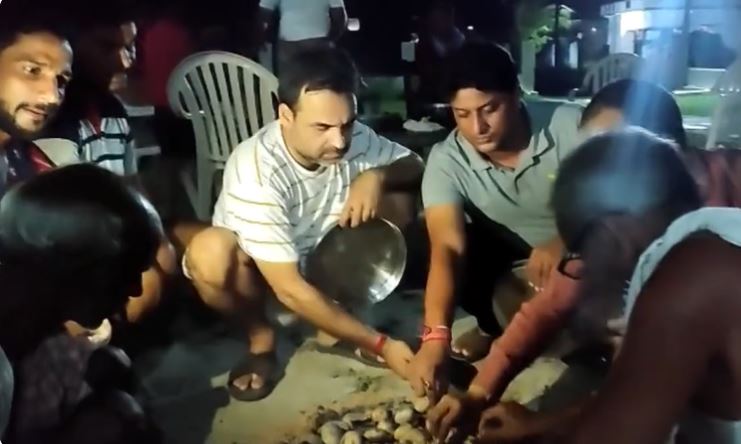 In the clip, he also said that he is enjoying his time in his village by eating the staple food items and bathing in a tubewell adding that he often comes to this place to take refuge from all the hustle and bustle of the city and the film industry.

He added that in Mumbai’s rush he sometimes loses track of time which is the opposite in his village.

Nothing’s more therapeutic than returning to our roots, to our home after being tired of the city life. What say?