You may have come across the famous meme where a girl gives an evil smile while a house burns in the background, popularly known as the ‘disaster girl meme’.

However, a desi version of that meme has gone viral after Pakistani actor Adnan Siddiqui shared visuals of a destruction ceremony of confiscated goods organised by the Narcotics and Customs (Enforcement) in Karachi over the weekend, reports The Indian Express.

He had taken to Instagram to post visuals of the drugs being set on fire. The final visual is that of himself, taking a selfie against the background of burning drugs.

“Was a guest at the event where the department destroys smuggled and other goods confiscated by it through the year. These include liquor, cigarettes, betel nuts contraband; the cost of what was destroyed today is a whopping $2.5 million,” he wrote. 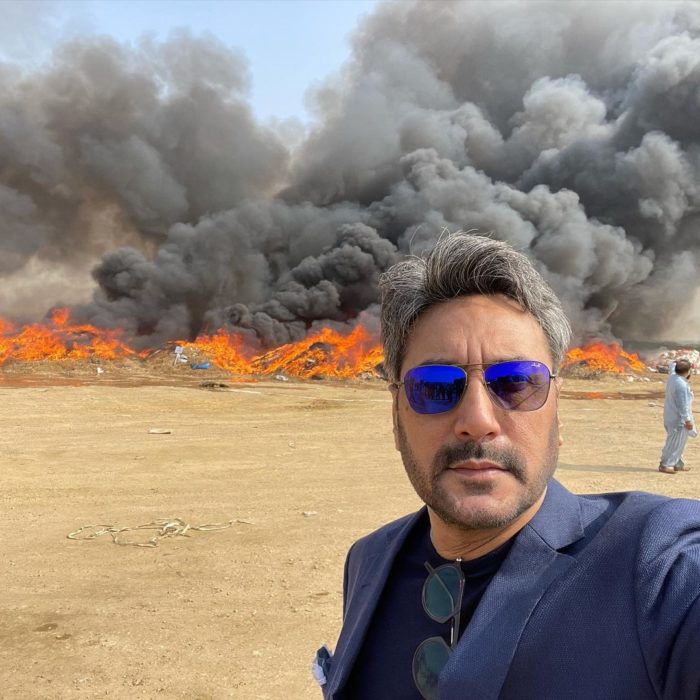 And soon, his picture became a viral meme! Innumerable memes flooded social media and here’s a look at the best of them:

I try this for the first time#AdnanSiddiqui
Adnan Siddiqui pic.twitter.com/OkJru0WVn9

Made one based on true events pic.twitter.com/I8ZLRmcy5r

Okay- this is my first ever meme! pic.twitter.com/AOTT8wTrAx

These are downright hilarious!