NZ PM Was Asked To List Her Government’s Achievements In 2-Min, So She Did! Watch Video

In the world of male-dominated politics, New Zealand Prime Minister Jacinda Ardern has made her mark in world leadership with her skillful administration. If stats are to be believed, just 5% of the world leaders are women and Jacinda is one of the most powerful and inspiring women leaders among them.

Back in the mighty Waikato yesterday to announce that $12million from the Provincial Growth Fund will go towards a new regional theatre. If you’re from Hamilton you’ll know Founders Theatre is out of action. This project will seat 1300 people, attract a new hotel and have a huge impact on the local economy. A really exciting project! Thanks also to @theinstillery for the tour and team catch up. Brilliant to hear the ambition you have for tech in Hamilton.

From setting an example of women empowerment by taking her baby to work to impressively handling the horrifying situations in the country after the terrorist attack, Jacinda’s tales of acing at her work are plenty.

Ardern recently completed her two years in the office, following which she was given a challenge by her team to list down all her achievements in a two-minute video. Calling it “a wee challenge” the PM took the challenge like a sport and listed her remarkable achievements in a video posted on Facebook. Also, she took an extra 56 seconds to narrate a ‘few key headlines’ for the people.

I may be smiling but about an hour earlier I was not enjoying the first birthday cake making experience (like just about every parent I know!) I recommend cakes that you can legitimately cover in coconut – it hides almost everything. Happy Birthday wee Neve!

To mark two years in Government, I was issued a wee challenge…

The video went viral within no time with people heaping praise on the hard-working Prime Minister. 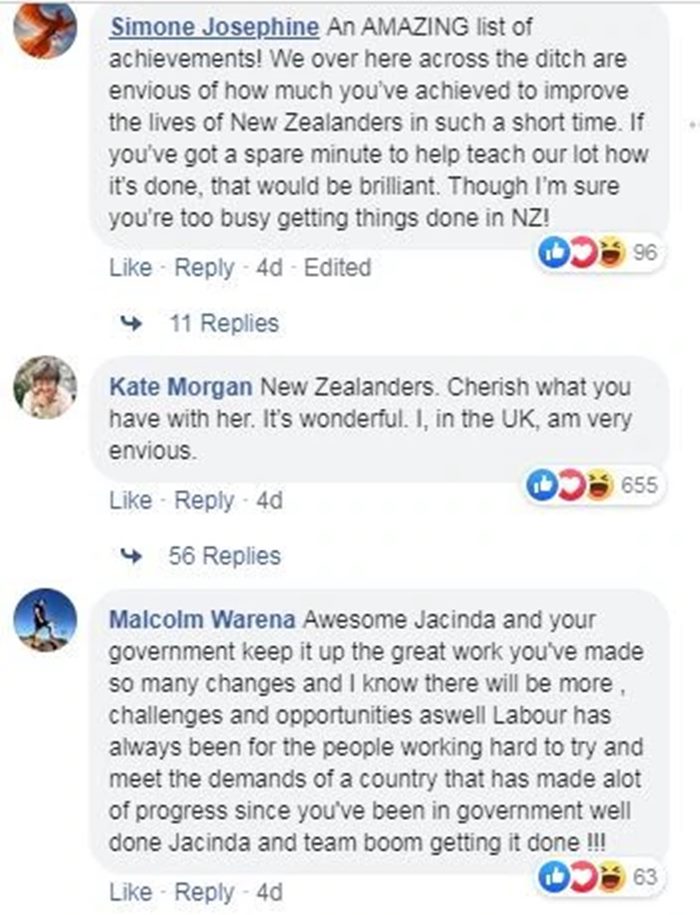 What a super spectacular list of achievements that is! Kudos to the powerful world leader!