The clash between nationalism and anti-nationalism has raised its menacing head once again and this time it is in the capital city of Jammu & Kashmir, Srinagar with NIT Srinagar being the hub of the chaos.

1. It all started on March 31 when local local students of NIT Srinagar started celebrating the loss of the Indian cricket team against West Indies in World Cup semi finals.

The Non-kashmiri students protested their act and thus, the feud broke out.

Their protests with demonstrations and slogans were followed by yet another altercation with the local students which ended up injuring several students from both sides. With the intervention of police, many students were seriously wounded at lathicharge.

3. According to Police, the students carrying the Indian flag had come out of the campus and pelted stones at the them which prompted them to attack the students.

4. Students, on the other hand have alleged the police as well as the NIT authorities of threatening them.

Allegedly, the NIT authorities have asked the students to let go of the issue or be prepared to fail their exams and get their degrees delayed.

5. According to students, the police attacked them when they tried to interact with the media standing outside the NIT gates.

All students, including girls and even the handicapped were allegedly brutalized by the police.

6. Non local students have expressed fear of living in the hostile atmosphere and have even made attempts to leave the campus.

Girl students have alleged that they were threatened of rape by the locals.

7. The HRD Ministry had sent a two member team to talk to the students on Wednesday while the Director of NIT had announced that the demands of the students have been met.

8. According to the demands of the society, CRPF have been deployed for security within NIT campus instead of the police which has helped bring the situation under control. 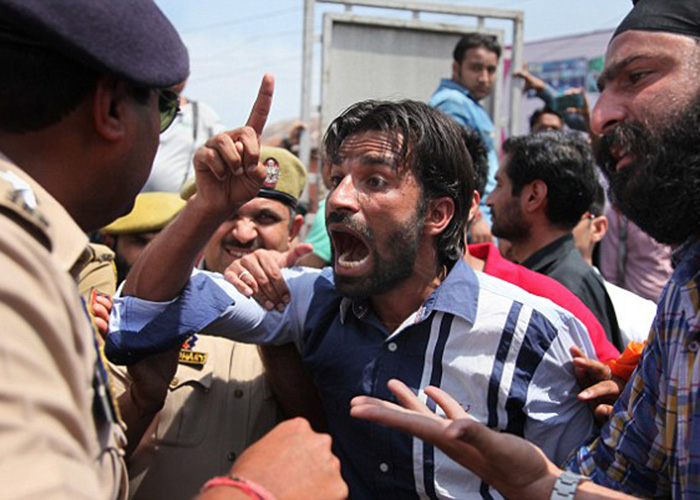 The students have also demanded the freedom to hoist the national flag at the main gate along with the state flag and that there should not be any academic harassment on the part of the faculty.

9. On April 7, 2016, students hoisted the national flag and also sang the national anthem a within the campus with the CRPF guarding their back.

NIT Srinagar students, mostly girls, who in spite of being threatened rape and murder marching on in protest with the tri-color in their hands.

10. Deputy Chief Minister Nirmal Singh had had announced that a time bound inquiry has been implemented and the Additional District Magistrate of Srinagar will submit the entire report of the cashes within 15 days. 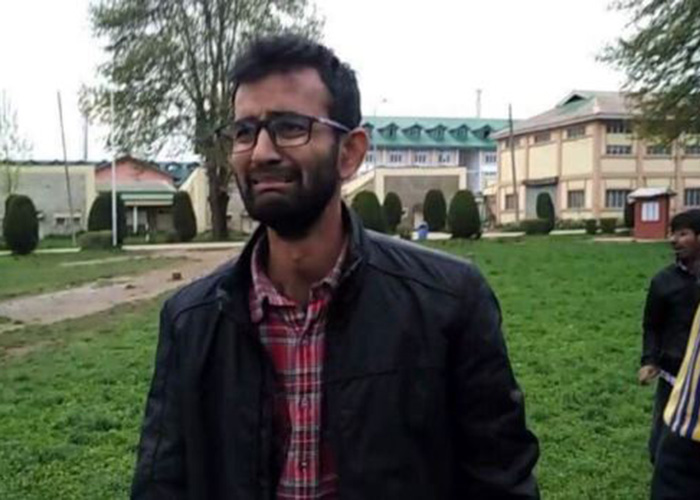 When asked about his earlier statement of students being subject to a ‘minor lathicharge‘, he said his comments were based on the information he had received at that time.

Here’s hoping the investigative reports will show some light upon how a mere cricket match snowballed into such acts of animosity.