‘Mehengai’ is the current hot top in the country. Jahan bhi jao, people are cursing the center for not taking adequate measures to control the price rise in the country and the alarming fall of the Indian Rupee.

The same topic was picked up in the parliament by the opposition asking for reasons for the Rupees’ poor performance against the US dollar.

As the finance minister of the country, Nirmala Sitharaman decided to address the elephant in the room and cited the cause behind this happening. 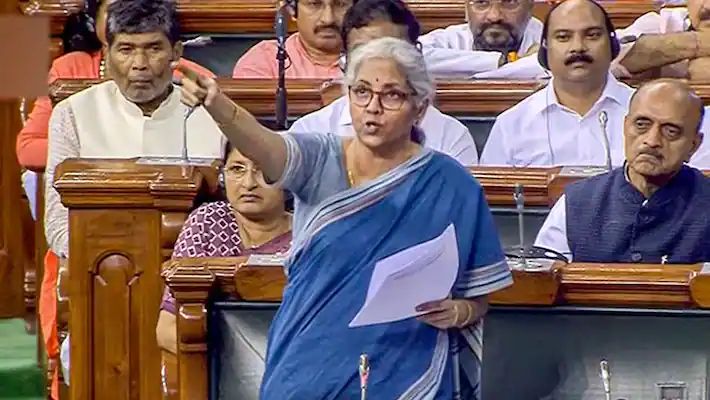 Sitharaman asserted at the Rajya Sabha that there’s no collapse of the unit. In fact, it’s actually finding its ‘natural course’, reported The Telegraph.

During the Question Hour, she went on to inform, “The RBI interventions are not so much to fix the value of the Indian Rupee because it is free to find its own course.”

Indian Rupee has not collapsed; it is finding its own course: FM Nirmala Sitharaman

She added that RBI interventions won’t fix the value of the Rupee. They would intervene to ‘monitor the local currency and only if there is volatility.’

“Even the interventions being made by RBI are not so much to determine the value – increase or decrease, of the Indian rupee. It is not for that. It is more to avoid the volatility and allow it to find its course.”

She further divulged, “Actually, if you compare the Indian rupee versus other currencies, it is appreciating in its value. I would like to assure the member that there is no collapse of the Indian Rupee.”

Her statement didn’t convince people online who tried to make sense of it by making jokes about it.

My paper is not rejected. Its finding its own course… *SAME FEELS* 🙃🙃

My career is not collapsed, it is finding its own course. God, Nirmala Sitharaman is so motivating.

My exam mark hasn’t reduced. It is just finding its own course.

Now I know what Sitharaman meant, thanks to these hilarious jokes!