Floods have ravaged the city of Patna after being hit by incessant rainfall since the past few days. The city has come to a standstill as main roads are submerged under chest-deep water, reports NDTV.

Amidst the massive chaos in the city, a student of National Institute of Fashion Technology hit the flooded streets in a red coloured slit gown and posed for pictures. The pictures were taken by a professional photographer named Saurabh Anuraj and he claimed to have attempted to spread awareness regarding the condition of the city in nothing but a unique way.

You can check out the entire photoshoot here:

The internet, however, has been left with divided reactions to the photoshoot. While some praised the duo for their distinctive method, others blamed them for “romanticising” the flood situation. 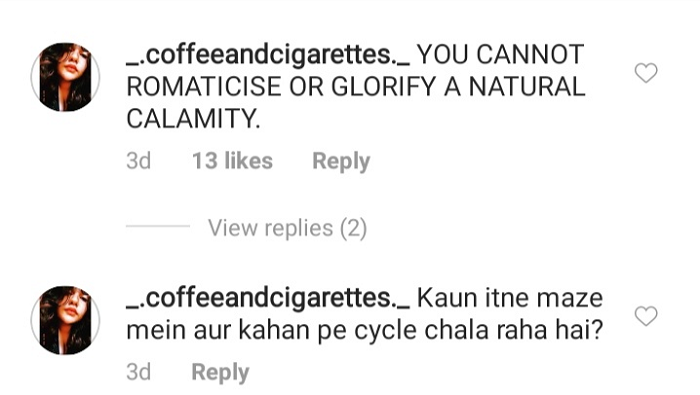 Later the photographer took to another Instagram handle to share how difficult it was to do the shoot and that their intention behind it all was nothing but out of concern.

He wrote how it sitting in the balcony under the comfort of your home and making a video of the rains won’t help. Criticizing the attempts of others won’t help. He added that nobody likes to step in water coming from flooded gutters.

This is undoubtedly a unique way to address the flood situation. However, do you think it could have been done in a more sensitive way? Let us know!