Home Bizarre Reporter’s Son Pops Up During Live Segment, She Smiles & Says ‘My...

Remember the professor a.k.a the ‘BBC Dad’ whose son randomly walked in and crashed his interview on live television? Well, a similar incident happened to a reporter for MSNBC.

According to a report by News18, MSNBC News reporter Courtney Kube was engaged in her ongoing news segment when suddenly her son popped up and was captured live! 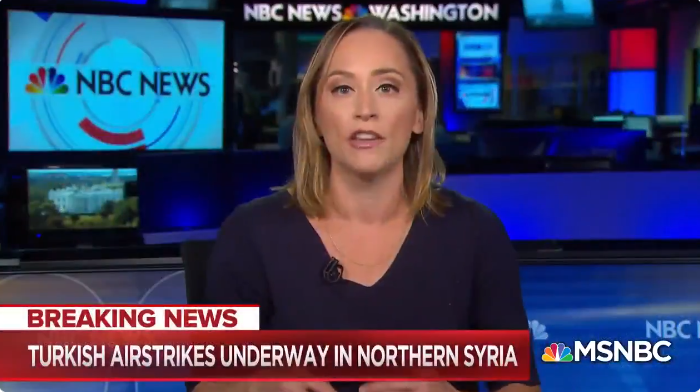 She was discussing Turkey’s escalating military operations in Syria when her son walked up to her and asked for her attention, said reports. Kube first tried to ignore the child, lightly push him aside, and carry on with the segment.

But when the kid kept coming upfront, she couldn’t ignore him anymore and said while smiling, “Excuse me, my kids are here…live television!” 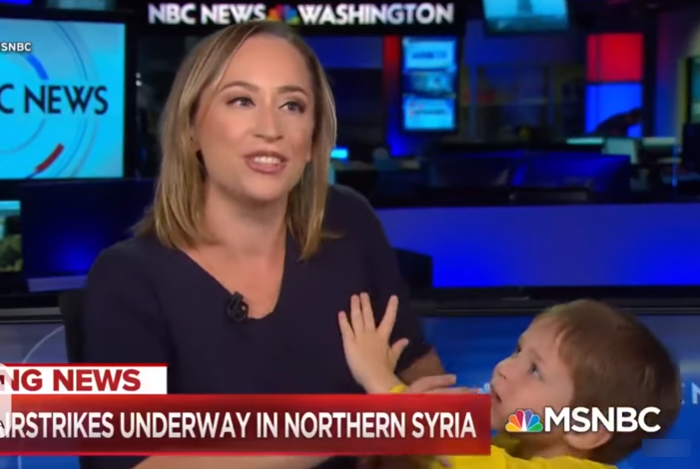 The video has left netizens gushing over the cuteness of the adorable mother-son moment. Some even pointed out how it was great for companies to allow working moms to bring their kids over at work.

I think it’s fantastic that she’s allowed to have her kids around while working.

Good on you MSNBC.

Do not love what is happening to our allies but this kid gave me a smile I need thru all this and how relatable is this reporter. Strong mama holding down her job and got her kiddos

Perfectly handled. Smiling….loving….and didn't miss a beat on her reporting.

@MSNBC gets a win for supporting their working moms on this one, because that little boy just looks happy to be there, and we don't hear any crying when he leaves. Nice.

Like a boss! Also, great teamwork on the graphic. Kids are the best.

Kudos to the savvy producer in the control room who thought, "uh…now's probably a good time to run a graphic for a few seconds."

MSNBC, thank you for highlighting this sweet moment and supporting your working moms.

This is seriously the best.

We need more guest appearances by kids on live television!