Somewhere between learning the various spells from the magic world to learning life lessons from the story, we all grew up to believe in magic. We also grew up with the characters that brought the story to life on our screens.

So remember Neville Longbottom? The brave wizard who found it within him to stand up to his own friends when he thought they were up to some mischief? 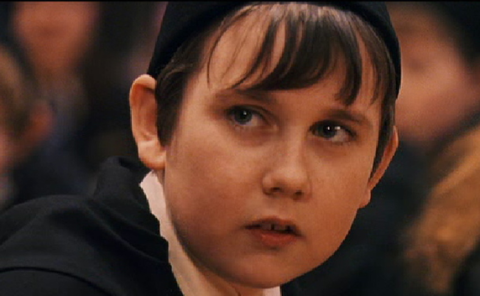 This is him now.

A "regram" (is that what they call it?) from the one and only @josephsinclair. That boy got mad skillz with the camera.

Well, if that wasn’t enough, Matthew Lewis just got married to actor Angela Jones and we really don’t know how to feel about this.

He announced the happy news in a loving, funny and adorable tweet. Just like that. Casually, like he was telling us he met a new friend kind of casual.

Not only did I miss @ArcticMonkeys in LA but they were performing in Italy at the same time we were there and my wife made me get married instead. Fuming. pic.twitter.com/VEZfTkizBa

The cuties got engaged in November 2016 in Paris by the Eiffel Tower. However, they hadn’t started planning the wedding even in 2017. Angela being American, they had several things to discuss before tying the knot.

Fans are going crazy about the announcement and I like to believe that Hogwarts is being prepped for the celebration.

2. Here’s Chris Rankin aka Percy Weasley joining in to congratulate them.

Look at you. Congratulations beauties x

4. The one kind, good and loving person we all wanted is now taken.

Matthew Lewis is married and my life is now devoid of all meaning. pic.twitter.com/9dapShpbZJ

5. And with this, they win the House Cup. AGAIN!

More than anything, we’re so ecstatic about the news and we wish the couple so much of love and happiness. Yeah, we’ll deal with the fact that she’s a muggle and he’s a historical wizard, but hey, true love conquers all, okay? Okay.