10 Mythological Fictions You Must Read At Least Once

It’s funny how most of us direct our entire lives on the basis of mythology– a phrase that has the word myth in it. But, I guess mythology is a lot more than just profound stories relevant to various religions and cultures. Mythology, in my opinion, are simply life lessons and guidance pointers, in a practical sense.

Following is a list of popular mythological fictions that the modern generation should definitely include in their reading list.

1. The Palace of Illusions by Chitra Banerjee Divakaruni

A compelling, meaningful, and a whole new re-imaginative story of Mahabharata told in the perspective of Draupadi, it talks about a woman extremely fiery yet devoted to her fateful life. Simply put, the epic remains the same, but the perspective is different. Reading this story, I realised that Draupadi in the time of Mahabharata, which in some parts is considered history and in some parts mythology, was the earliest known epitome of a strong feminist. 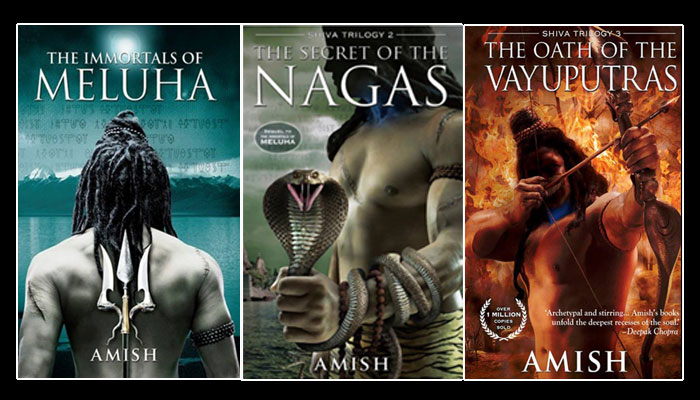 A power-packed series comprising of three books- The Immortals of Meluha, The Secret of the Nagas and The Oath of the Vayuputras, it saw immense popularity in India. These books possess the capability to get the youngsters, who otherwise find mythology a heavy deal, interested in it. The series is currently the fastest selling book series in the history of Indian publishing.

You can find some of the powerful quotes from the trilogy here.

3. Jaya: An Illustrated Retelling of the Mahabharata by Devdutt Pattanaik

The book comprising of 108 chapters, is a fantastic retelling of the epic, which too by the way, was originally called Jaya. And, what makes it all the more interesting are the 250 line drawings created by the author himself.

4. Asura: Tale Of The Vanquished by Anand Neelakantan

According to what all of us know of Ramayana, the gist remains this- ‘Victory of good over the evil.’ But, don’t you think that’s just one side of story, the voice of the victor? This book tells us the story from the point of view of Ravana, the vanquished Asura.

5. Prince of Ayodhya by Ashok Banker

A brilliant story, it forms the book one of the Ramayana series by the author. The epic is beautifully re-told through this one, especially to reach out to the modern readers. In the book, a dark phase of Ayodhya, in which it will be smeared in blood, is foretold and it is said that only Rama can prevent the mayhem from occurring.

6. Sita: An Illustrated Retelling of the Ramayana by Devdutt Pattanaik

A compelling retelling of the epic, this one centres around the life of Sita. While there have been many versions of the Ramayana, not many have touched the world of women with so many details like this one.

As the title of the book suggests, the author tries to solve the many mythical paradoxes some of us ponder over, for example- seeing Rama as the model king even after he abandoned his wife. The book is in no way side-lining the myth, but seeking answers to such paradoxes and, investigating the many derived truths. The whole intention is to encourage people into seeing myth as a potent source of knowledge and wisdom.

8. The Great War of Hind by Vaibhav Anand

The book unravels the story of the military general of the kingdom Ayodh (1 of the 5 kingdoms of Hind), Raam, whose actions changed the world into what we know today.

9. The Rise of Hastinapur by Sharath Komarraju

The story brings out the Mahabharata in the never seen before form. In this one, importance is given to the role of women in the epic.

10. The Chronicle of Sapta Sindhu by Aporva Kala

The fact that it is said to be India’s first proto-historical novel (protohistory- period between pre-history and history), is enough to label it an interesting read. More so, the book talks of Iraq (Mesopotamia), Iran (Arianna), Plains of River Helmand (Afghanistan) Syria, Jordan – places, which, although now tagged rough nations, were once the cradle of civilizations.

These books take a fresh take on mythology, which is mainly why they have been very well-received.