The relationship between a father and daughter is just beyond words. In the world full of evils, there is only one person a girl can trust: Her father! He would fight all odds for her and makes sure that his little daughter gets everything that a man gets in this society.

Debasmita is one of those who believes that art can bring positivity and her project My Fathers Illustrations stands out to support and reach such fathers who have inspired their daughters and protected their rights.

We have compiled some of her most beautiful works here. 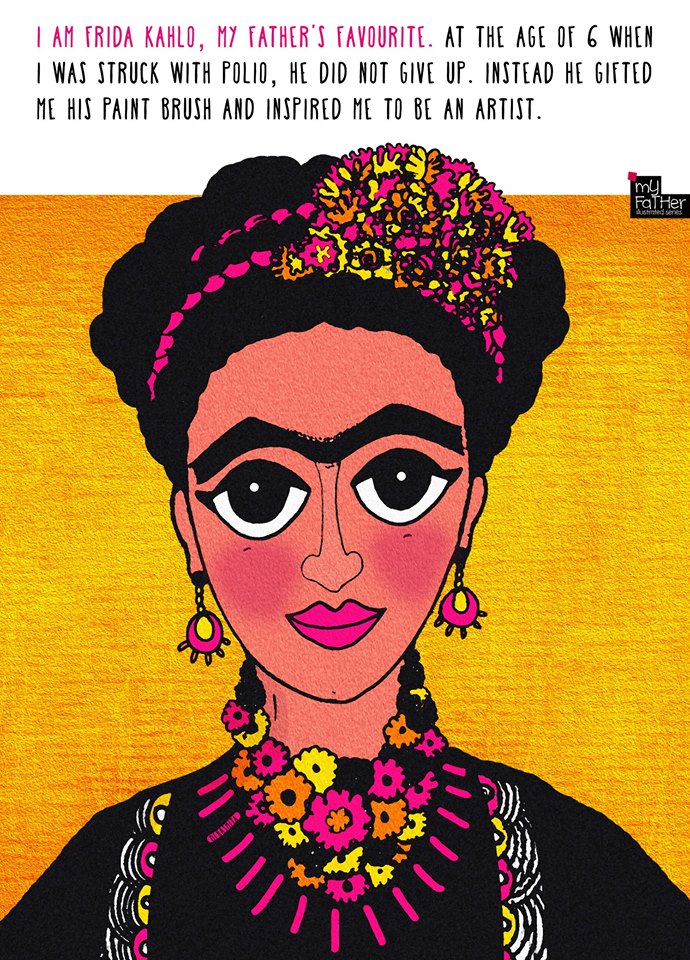 Frida Kahlo is one of the greatest and most celebrated Mexican painters. Her father inspired her into arts. He was an amateur painter and all of Frida’s knowledge about arts was because of her father, Wilhelm Kahlo. 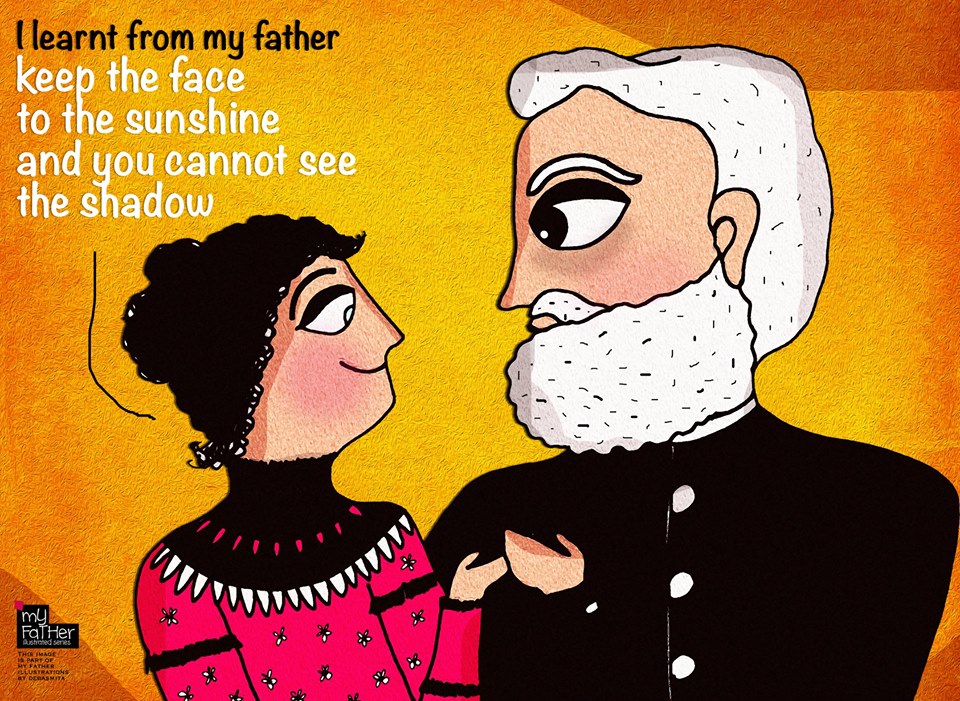 Hellen Keller was the first blind-deaf women to have a bachelor’s degree in arts. She is a celebrated artist and a human rights activist. It was her father who helped her overcome the adversity of being blind and deaf. 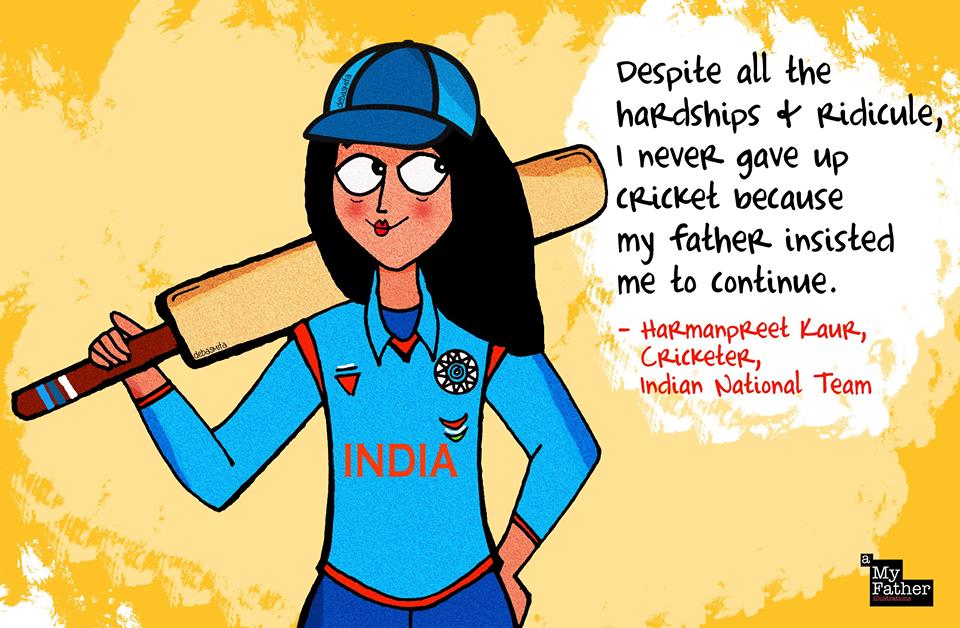 Hamanpreet Kaur is a wonderful Indian cricketer who was declared the Woman-of-the-match against a match in Australia when she brought victory to India in January, 2016. In a country obsessed with cricket, it is very tough for women to come as far she has, fighting all odds with her father. 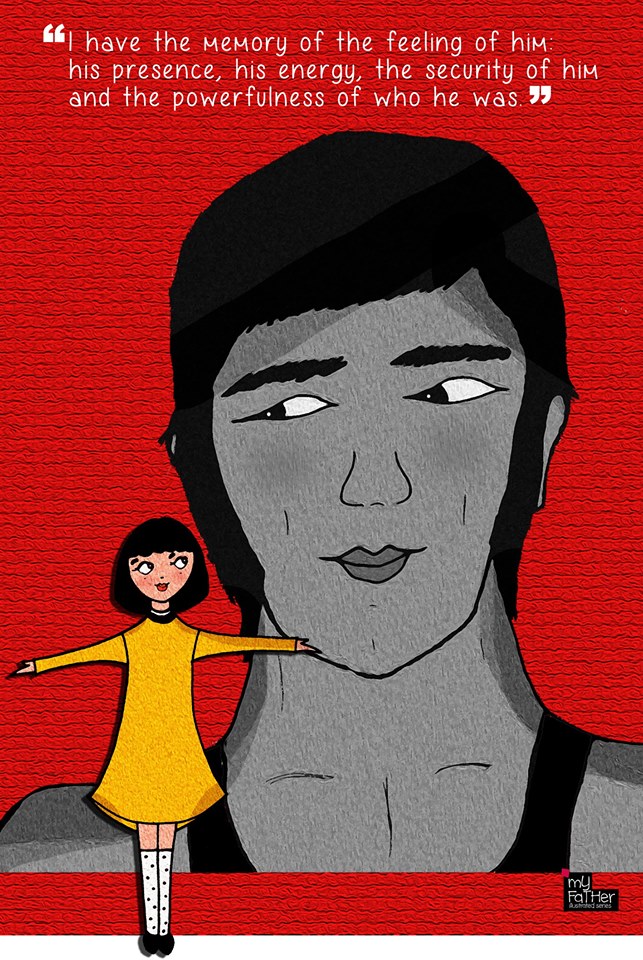 Shanon Lee lost her father, the one and the only Bruce Lee when she was only four years old. But his legacy, preachings, and love have always inspired her. She today is an actress and the president of the Bruce Lee Foundation. 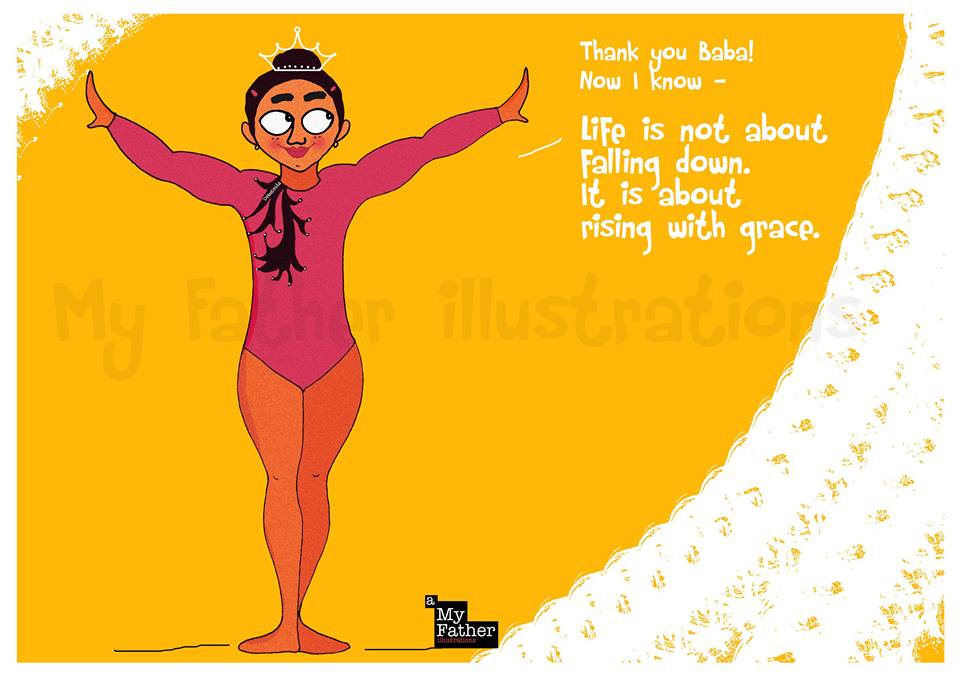 Dipa Karmarkar who brought glory to the nation by being the first woman to represent India in Gymnastics would not have made this far if her father wasn’t the pillar of her strength, he helped her get up, every time she fell. 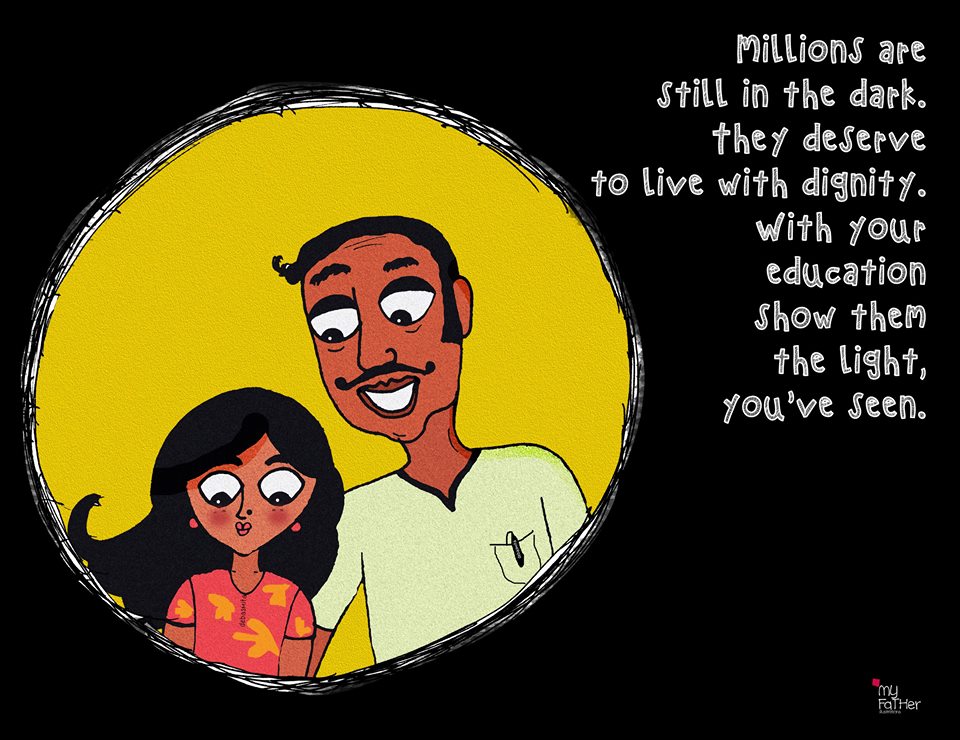 Anuradha is a social activist in Nepal who fights for the rights for women and against sex trafficking. Amidst all the social evils, her father educated her and sent her to school. He used to tell her, “my dowry to you is your education.” 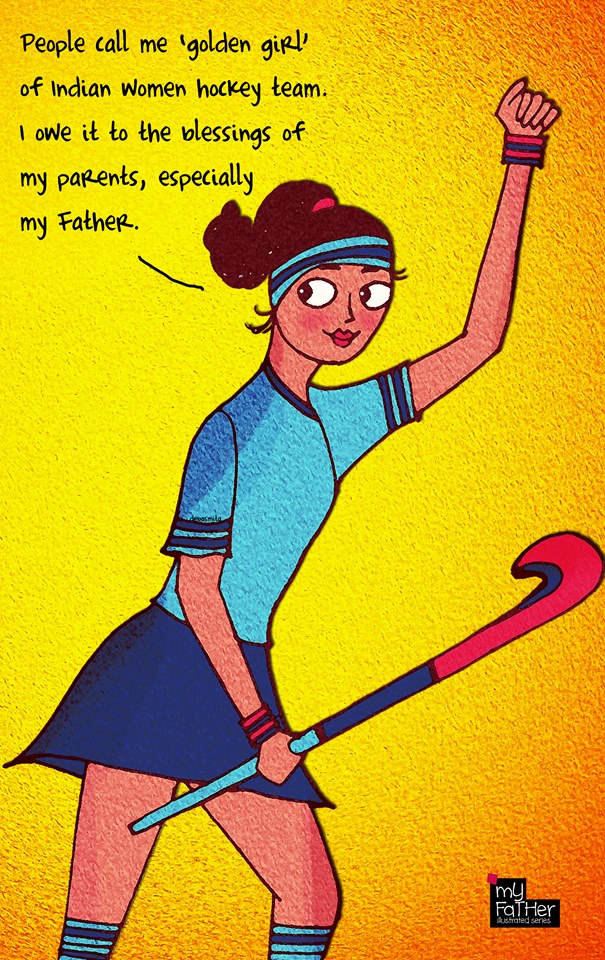 The golden girl of India’s Women’s Hockey team served as the captain in 2002 Commonwealth games and clinched a Gold Medal for India. She comes from a very small village in Haryana and has always found her father on her side. She was the inspiration for Komal Chautala’s character in the film Chak De India! The legendary dancer, Mrinalini Sarabhai was the daughter of a social worker Subbarama Swaminadhan, who encouraged her for her first dance lessons and she never stopped since. Late Mrinalini Sarabhai is worshipped for her excellent contribution to more than 300 dance dramas, she choreographed in her days. 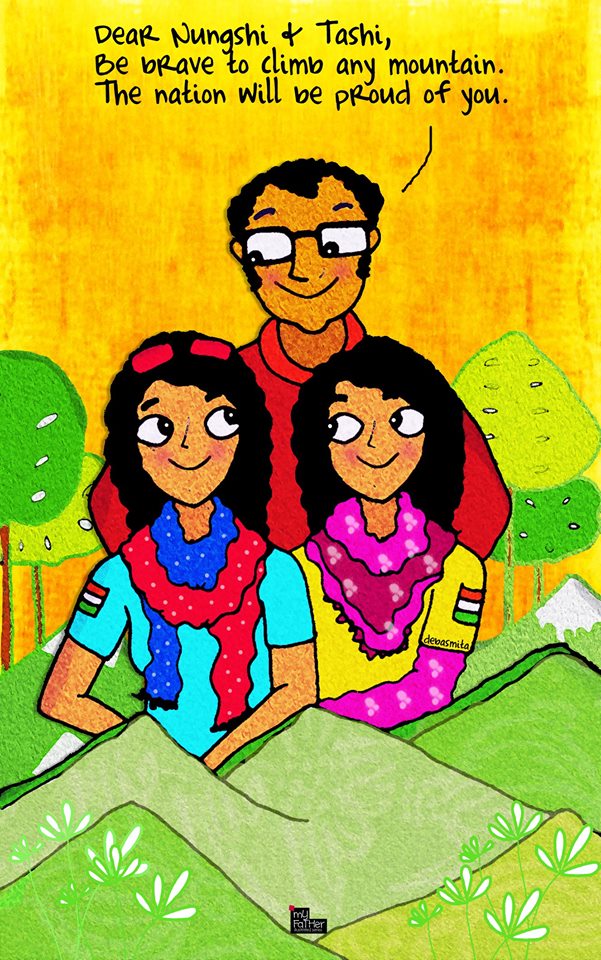 17-year-old Anum from Pakistan is passionate about boxing. Punching the social evils right in the gut, Anum and her father, who is a retired boxer and her coach are all set to make it big. 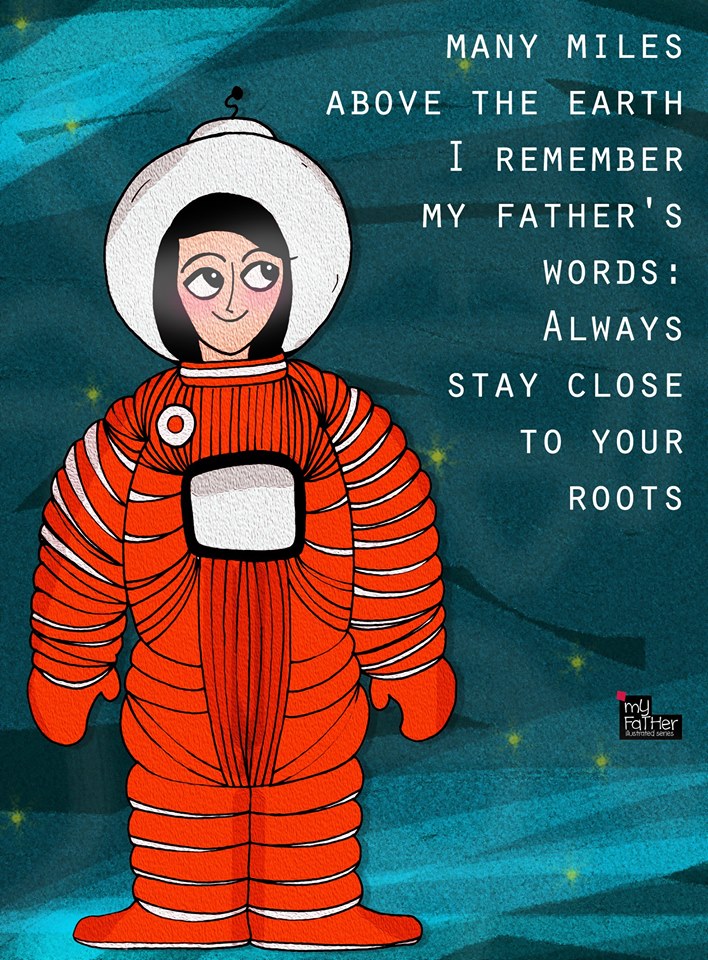 Sunita Williams has been an inspiration to every girl who aspires to touch the sky. Sunita’s father always used to tell her to stay grounded and that is what she has done all her life. 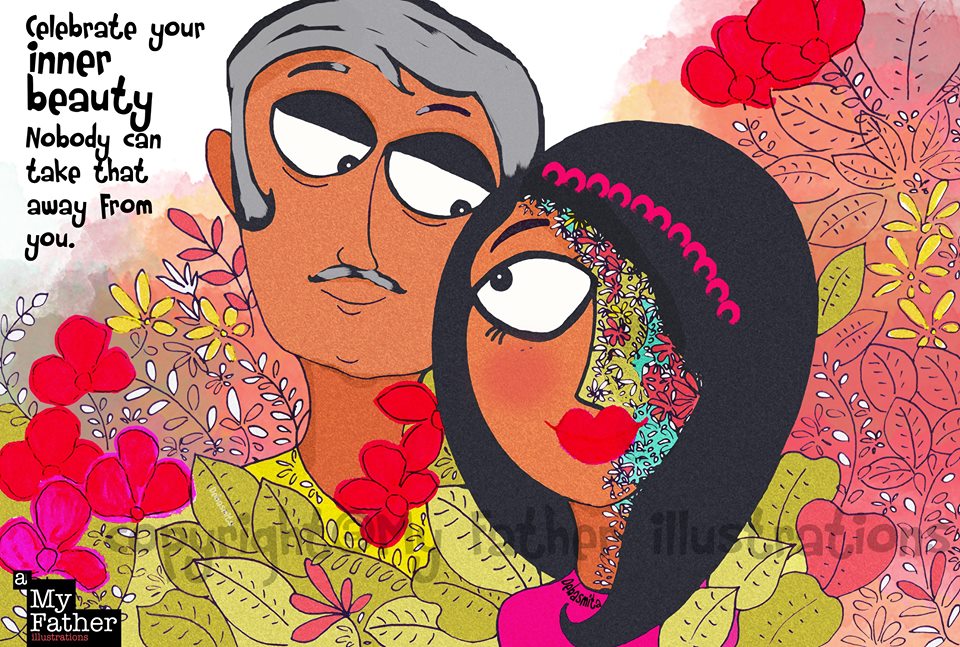 Monica was only 19-years-old when she survived a terrible acid attack. But her father was her strength, together they walked all the way. Proving that inner beauty is more powerful she is now a fashion design student at the prestigious Parsons School of Fashion in New York.

No one will fight your battles for you, but your father will tell you things that will help you get through every situation in life. Daughters are always close to their fathers and it is because they feel protected.

Let your attitude be contagious. That is what my father used to tell me since I was a little girl and that has made me what I am today. Feel free to share your father daughter stories in the comments below.

All the illustrations have been taken with the artist’s permission.