Growing up, I had many friends and all of them were Bengali. This list of 21 drool-worthy dishes reminded me why:

This light snack made from puffed rice, spiced up and zinged with lemon, is famous and so delicious that apparently even the British love it. True story!

Any Bengali meal is incomplete with the uninterrupted crunching sound of this equally crunchy fried eggplant snack.

Poppy seeds are used to create this delectable recipe made from potatoes, without which any Bengali lunch seems unfinished.

Wonder how the Bongs have big, beautiful eyes? It’s because of this. No, we just made that up, but seriously, this kofta made from mashed raw banana will surely make you go bananas!

This Alu Dum and Poori  combination is what is called a Bengali Sunday morning brunch recipe.

If you have joined the gym and are unable to hold back your craving for food, then this  fish delicacy made by coating it in mustard, wrapped in banana leaves and steamed is just meant for you. 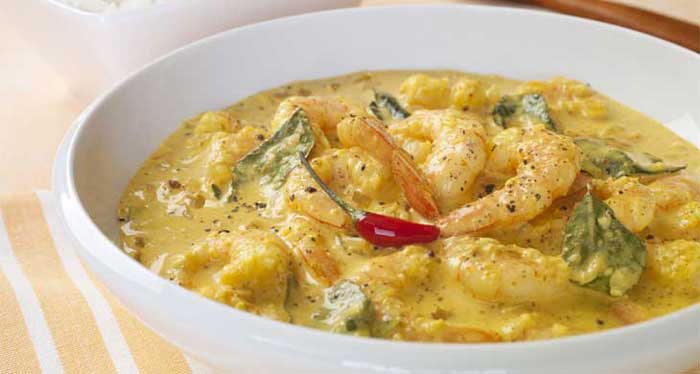 Every Bengali swears by this, and surprisingly so do the rest of us. Bringing together the goodness of prawns, cream and coconut milk, this is a must have dish!

We could say there’s something fishy about this recipe, but then again, if the ‘fishy’ is so tasty and made into koftas we wouldn’t say no to it.

This dish is made by cooking prawns in mustard and serving them in a tender coconut (Daab) to get the combined flavors. Just when we thought it couldn’t get any better, it just did!!

It is not just the Bengali touch added to this dish that makes it special, but also its three main ingredients that are, almonds, poppy seeds and yogurt. Yummm!

If you ask a Bengali the types of fish they have had, Ilish Maach will top their list. And why not; when cooked with mustard to such perfection it has got to be the best.

This dish made from split green gram and fish head is a favorite for Bengalis. It is said that eating a fish brain increases your intelligence. Enough said!

Mutton is delicious! We meant the meat from the young one of a goat, and specially if you know the Bengali way of cooking it with paanch phoran.

When India was divided over which Biryani is best, the Bengalis created a no-nonsense fish pulao with fish head… The rest is history!

Among all the Bengali dishes known to mankind, Kosha Mangsho or mutton curry made with yogurt, is the best because…we don’t need a reason. It just is.

An extremely famous Bengali dessert created with milk and sugar. This is everyone’s favorite!

Nothing to say here! Seriously, if you don’t know what Rosogolla is then you should just get some and jump in its sugar syrup!

Chamcham is a traditional Bengali mithai. It is prepared from freshly prepared chena and lots of love! That is how it is so sweet and appetizing.

Like the Bengali language, this yogurt variation made from plain yogurt and khajur ka gur (date palm jaggery) is just, awesome!

The Indian counterpart of the cheesecake made from sweetened yogurt,  the Bhappa Doi is a dessert that can be transformed… or just eaten without giving the least bit of care! Yes! It is THAT delicious!