Home Food For Thought A Foreigner Got Molested By An Uber Driver. Proves Mumbai Is Not...

It is true that online cab service apps like Uber have made our lives much easier. Every other day we hear some or incidents about passengers getting harassed and molested by these drivers.

Most of these companies do not have a strict policy when comes to drivers’ discipline and many drivers take advantage of this.

Incidents involving cab drivers molesting their passengers are increasing at an alarming rate.

Last night an extremely shocking and disturbing incident happened in Mumbai, which would make think twice before using these apps. The incident was posted on facebook by the victim’s friend Viola Wadia and it is quite disturbing. 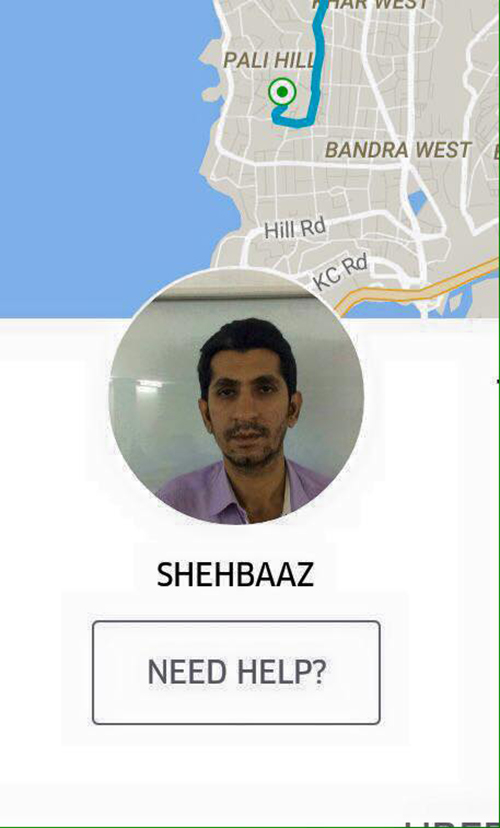 Last night an expat girl friend who is currently working in Bombay took an Uber from my house in Pali Hill to 7 Bungalows. She asked us if Uber was safe and all of us jumped to assure her that she was in BOMBAY and she had nothing to worry about. Unfortunately we were proved wrong because this uber driver tried to molest her on their way to Versova.

He spoke to her in a friendly manner when she first got in and asked her where she was from and made small talk. Later, he said that since the roads in Mumbai are horrible she was welcome to come sit in the passenger seat up front with him. When she refused to move he complained about low visibility through his back screen and told her he was going to pull over to clean it. She was very uncomfortable but allowed him to stop to clean the screen. She was surprised when he came to the back seat under the pretext of cleaning the window from the inside and proceeded to put his hand on her thigh and tried to feel her up. She panicked and tried to push him off and only when she started shouting at him did he move off her and go back to his seat. She managed to jump off and get home safely.

But what angers me is that this has happened in Bombay! I cannot believe this happened to my friend. This happens because there are no consequences! And Uber? How many of us are using Uber? I’m expecting Uber to deal with this in a way that scares any Uber driver from violating someone. While we are going to make an official police complaint, Uber needs to check the backgrounds of their drivers and have consequences. And as people of this city that has always been progressive when it comes to women, where I feel safe to drive home at 3am, we cannot keep quiet. That Uber driver should have been stripped and sent home naked so he can feel the shame he deserves! ‪#‎uber‬

If a city like Mumbai, which is famous for providing a safe environment to girls is not secure anymore, is there any place girls can feel safe at?

We’ve reached out to Uber India and at the time of publishing this article, we haven’t received a response yet.