That’s one of the statements famously used to describe the city of Mumbai. The city has one of the highest property prices primarily owing to the sheer lack of space. Mumbai is a crammed, chaotic and utterly beautiful mess. In such a city, there is urgent need for the efficient use of space. And pod hotels seem like the perfect solution.

1. Mumbai just got it’s very first ‘pod hotel’ in Andheri (East) and looks something straight out of a sci-fi film. 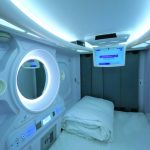 3. Definitely a boon in a city with such a problem with space. 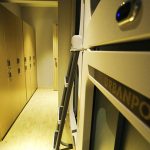 4. Could’ve sworn I’ve seen these on the ‘Jetsons’. 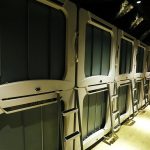 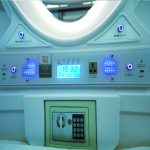 6. Oh, and they’ve even got a premium suite pod too! 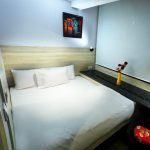 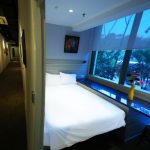 What’s more, living in one of these doesn’t cost a bomb either. Prices for a regular pod start from just ₹2030 per night inclusive of breakfast.

In a city tight on space, such pod hotels are a need of the hour. While saving a lot of space, these nifty pods don’t compromise on any of the necessities.